I’ve touched on the question of nurture versus nature here before (in my Editor’s Corner column “Instinct and Training”), but it’s something I’ve been thinking about more and more in recent days, as I’ve become engrossed in a book called “Guitar Zero,” by cognitive scientist Gary Marcus. It was first published some eight years ago and was even a best-seller for a time, but for some reason had slipped under my radar. 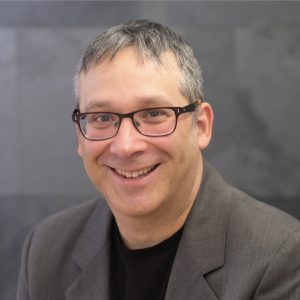 The subject matter is fascinating: At the age of 40, the author decided to try to learn to play guitar (a Yamaha acoustic, as it happens), despite having what he describes as no innate musical abilities whatsoever, including what he terms a severe case of “arrhythmia.” Not in the medical sense, as in cardiac arrhythmia — a potentially fatal tendency towards irregular heartbeats — but in terms of a hopeless lack of musical rhythm.

I myself have always been blessed with a strong sense of rhythm (one of the reasons I started my musical career as a drummer), but I have encountered this peculiar affliction at least once in my life, in the form of a woman seated next to me at a John Fogerty concert who insisted on clapping along to every single song as she squirmed excitedly in her seat. That on its own would have been unremarkable — except that this woman, amazingly, failed to ever put her hands together anywhere close to the beat. It was annoying and distracting, to be sure, but after awhile it became a kind of challenge for me, and I found myself silently rooting for her: “Come on, you can do it! You can get one of these beats right!”

But she didn’t. Not once.

Anyway, I digress. The challenge Dr. Marcus set out for himself was particularly daunting, given that he was attempting it at roughly the midpoint of his life. After all, numerous scientific studies have proven what we all know anecdotally: that children have a much greater capacity for learning than adults. Psychologists have long referred to our formative years as being a “critical period” when it comes to developing lifelong abilities. As Marcus puts it, “The idea is that there are particular time windows in which complex skills can be learned; if you don’t learn them by the time the window shuts, you never will.”

With this book, he sets out to not only refute the premise but prove it wrong, despite the fact that most master musicians start at a very early age — think Mozart, a child prodigy who was wowing audiences when he was just five years old, or Louis Armstrong, who first picked up the trumpet at age 12, or Paul McCartney, who wrote the song “When I’m 64” as a teenager. How well Marcus succeeds in his quest is open to question, since it’s impossible to objectively evaluate his level of proficiency. That said, he reports that, after a year and a half of fairly rigorous practice, he was “finally comfortable with many of the basic chords and could change between them smoothly, and at least roughly in tempo.”

Much of this comes down to muscle memory, of course; the more you practice forming chords on a guitar (or piano, or any instrument that allows chording), the better your fingers get at it — an inevitable (and quite wonderful) byproduct of dogged persistence. What was more interesting to me was Marcus’ description of how much his musical ear had improved over that period of time. “I was starting to be able to distinguish different musical intervals,” he writes, “and I’d learned to improvise and to make up my own music … well enough to jam with my friends.”

“I also understood the music I heard vastly better than when I’d begun the project,” he continues. “I could pick out bass lines, recognize different drumming patterns, and tell what techniques different guitarists used. I had developed a sense of arrangement and how different songs were put together … The differences in what I could perceive — and what I could produce — were truly astonishing.”

The important takeaway from all of this is that learning to play an instrument — not just intently listening to lots of music or taking a music theory class — improved the ability to understand music overall, at least in Marcus’ case. I’d be willing to bet that this is true for most people.

So if you’re of a certain age and regret the fact that you never learned to play a musical instrument — even if you consider yourself tone-deaf or rhythmically challenged — don’t despair … and don’t delay. You may be very pleasantly surprised at just how good you can get at it, and at the many unanticipated fringe benefits it can bring. As Dr. Marcus states at the conclusion of his book, “Maybe, just maybe, the art of reinvention and acquiring new skills can give us a sense of a life well-lived.”

Trumpet Trivia
From the Muse: The Morning After Test