Evoke the sound of modality by simply inverting seven notes.

The major scale is one of the most commonly used scales in western music. Famous composers have used this scale for centuries to write incredible masterpieces, including Mozart’s Piano Sonata No.16 in C Major: 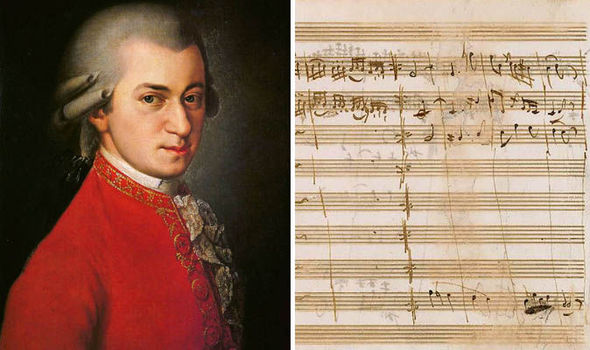 A major scale consists of seven notes with a consonant and uplifting tonality that evokes positive and happy emotions. (In other words, it sounds harmonious and resolute, as opposed to a dissonant tonality that sounds discordant and unresolved.) When inverted to start on the sixth step (“degree”), it becomes a natural minor scale, sometimes referred to as the “relative minor” to the major scale. For example, starting on the note “A” in a C Major scale results in an A Minor scale, which, like C Major, has no accidentals. A relative minor scale shares the same key signature as its major scale “cousin” but, in contrast, it sounds sad and melancholy.

Why do these two interrelated scales evoke completely different musical flavors and emotional content? The simple answer is that, despite consisting of the same seven tones, they have different tonal centers.

A tonal center is the resolution point and resting place of a chord progression, and it’s crucial to understanding the major scale modes. (Modes are simply alternate scales created by starting at different steps within a scale.) Because each mode has its own distinct set of intervals, each has its own characteristic tonality.

Let’s dig into a little harmony and theory in the key of A to give you a visual overview of how it all works.

Harmonizing The A Major Scale to Create Chords

Every major scale consists of seven tones, and we use those tones to build chords — a process known as harmonization.

The first chord of a scale is created by stacking every third tone. In the case of the A Major scale, it looks like this:

The resulting chord is an A major seventh, referred to as an Ama7, or Amaj7. (Note that simple three-note “triad” chords without the seventh omit the “ma” or “maj”; such a chord in the key of A would simply be called an “A.”)

The second chord of the scale is built by stacking every third tone from the second degree. In the case of the A major scale, this would be B:

The resulting chord is a B minor seventh, referred to as a Bmi7 (or simply Bm7).

Chord progressions are created by choosing two or more of the chords derived from a scale. Typically the first chord will be the tonal center of that progression.

For example, when we have a four-bar progression that consists of the three chords shown below, we can assume that the tonal center of the progression will be A Major. We can confirm this by playing the progression and listening to where the chords sound “rested” and resolved.

Here’s a video I shot recently as part of my new “Master of Modes” series of lessons available at RobbieCalvo.com:

This is the chord progression I’m playing over:

(Note: A 5/2 “slash” chord contains only the root, fifth and second, with no third.)

As you can hear, this progression continues to resolve to the first and last chords (both are A Major chords). Listen carefully to my performance. It’s in Ionian mode, with my phrases resolving to all three chord tones of the A Major chord (A, C#, E). You’ll also notice that I’m periodically flavoring my solo lines with the Ionian characteristic note of G#. 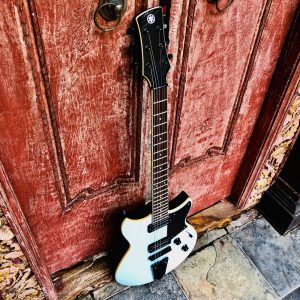 The Yamaha Design Concept guitar used in the video is one of eight instruments produced to display at the 2019 NAMM show. It’s a Revstar 502T with an Ice Blue finish (same as the stock model RS320) but with custom black hardware, Grover locking tuners, Rautia Guitars pickups and a wonderful satin finish on the back and neck. In my opinion, it’s visually stunning and sounds just as good.

Literally millions of classic songs have been written with the seven notes of the major scale. But by simply inverting the scale to resolve to each of its seven tones and chords, we can compose music with new harmonic and melodic variety, color and mood. I sometimes wonder if all of the musical permutations have been thought of … and then I hear a new piece of music that sounds totally fresh, unique and inspiring. Perhaps with a little creativity, we can discover even more magic within those same seven notes!

Join us again next month for a discussion about Dorian mode.