How to learn songs by listening to them.

In Part 1 of this article, we described an effective method for learning the notes of a melody by ear. An important aspect of this technique was being able to stop the playback of a song after the very first note so that it “hangs in the air,” thus enabling you to better sing along and then find that note on your keyboard. Once you have that starting point, you can move on to identifying whole musical phrases by means of the intervals being used.

In this article, we’ll talk about using technology to aid in that effort, as well as presenting techniques for learning the chords to a song. Let’s jump right in.

Technology to the Rescue

Being able to stop playback is important, but just as important is being able to slow it down so you have more time to figure out the music. Fortunately, modern computer/phone/tablet technology allows you to easily alter the tempo without changing pitch. This is something that you can even do directly on YouTube. Here’s how:

1.  Call up a song you’d like to learn, then go to the Settings icon. (As indicated by the red arrow in the illustration below, it looks like a gear.) 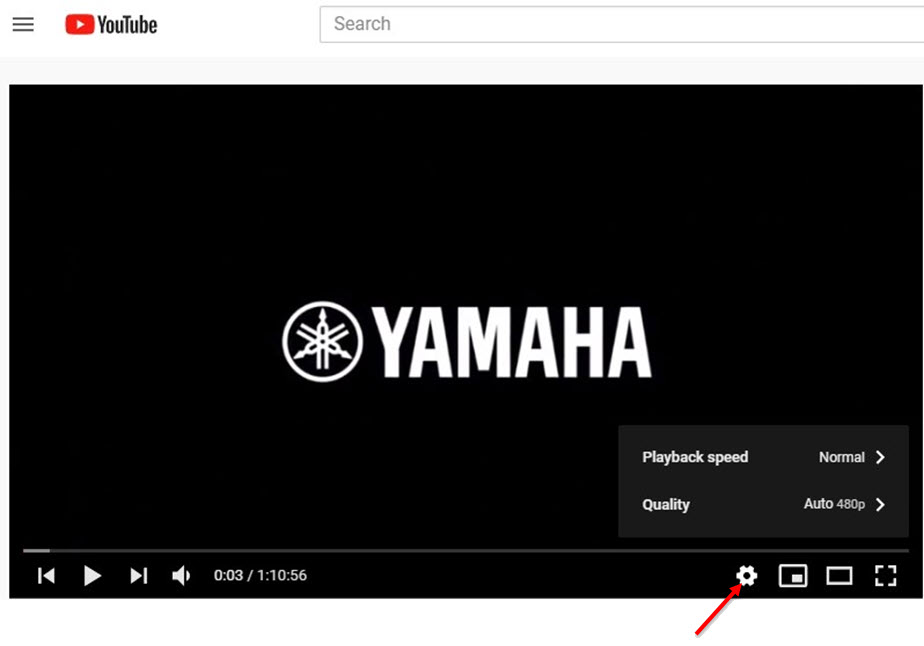 2. Selecting it will open up a number of options. We want to adjust the Playback Speed: 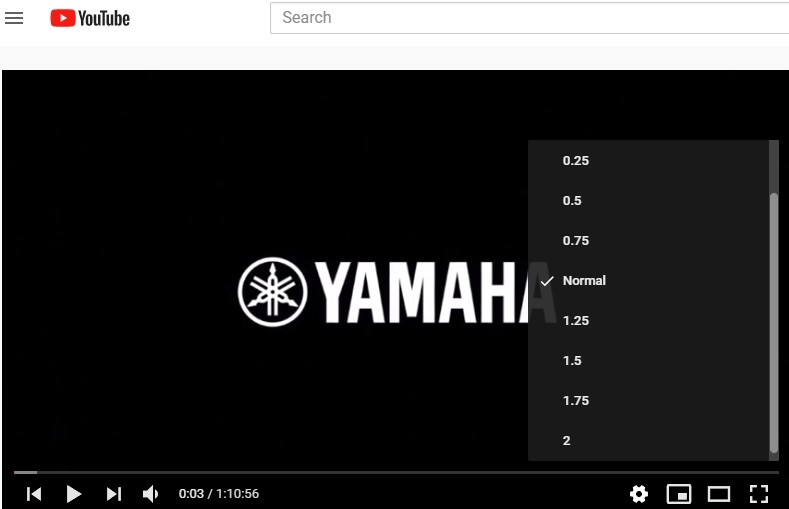 3. Any of the settings above “Normal” will slow down the playback (the ones below it will speed up playback), but it will quickly start to sound funny, so I wouldn’t go beyond .75.

There are a number of standalone apps that can do this same kind of audio slow-down but with better playback fidelity, though they’re not all free like the Yamaha Chord Tracker, which I’ll be talking more about a little later in this article.

Armed with the ear training work I described in Part 1, along with perhaps some technology, you should be well on your way to picking out melodies in no time. I suggest you work on really simple songs and melodies to begin with — you’ll find that the more you work at it, the easier it will get.

The other aspect of playing popular songs is learning the chords, without worrying about the melody. This allows you to jam along with the original artist recording, or to provide backing on your keyboard while someone else sings or plays the melody. For me, there are two steps to learning chords: First, I focus in on the bass or the left hand of the piano to try to identify the bass note that is being played, since that’s often the root of the chord. From there, I try to determine if the chord is major, or minor, or one of the other common chord types we’ve described in previous installments of The Well-Rounded Keyboardist. As a quick review, here are the most common chord types:

Often I will just trying playing a bass note and the 3rd of my chord “guess,” since the 3rd helps to define if a chord is major, minor or suspended. There is no guarantee that the bass player is always playing the root, however. If it’s not the root, try assuming, in order of priority, that it’s the 5th, the 3rd or the flatted 7th. For example, if the bass note is a C, first try some type of C chord. If that’s not right, try an F chord (C is the 5th of both F major and F minor chords). Then try either an A minor or an A-flat major chord (C is the 3rd of each of those). If all of the previous attempts don’t sound right, try a D Dominant 7th or D minor 7th chord (C is the flat 7th of them). Hopefully your ear is well enough trained that you’re not just guessing the quality of the chord — you have a good idea if it’s major, minor or whatever.

In my opinion, there’s no substitute for putting in the hours — that’s the best way to learn and to develop the necessary skills for your musical endeavors. But sometimes something comes along that is so cool it’s worth exploring, even if it is providing a shortcut. The aforementioned Yamaha Chord Tracker, available for iOS and Android devices, is such a product. This wonderful piece of software listens to any song from your music library (as long as you’ve purchased the song and it’s not copy-protected or downloaded from a subscription service like Apple Music), then analyzes it and quickly displays a chart with the chords, ready for you to learn to play. Options allow you to view the notes of each chord either in music notation, on the keys of a keyboard (as shown in the illustration above), or as guitar chord symbols. You have control over tempo so you can slow the song down while you’re first learning it, and you can also transpose it if the key is too hard for you to play in or sing to. What’s more, if you want to practice just a section of the song, you can set start and end points and have the music keep looping. So while Chord Tracker is focused on presenting the chords of a song, it can also be used for learning. The teacher in me says, try to figure out the chords yourself, and then use the app to see how well you did.

In my early years as a musician, I couldn’t do anything by ear — I had to read sheet music or be shown what to play. I’ve worked hard at it over the years, and nowadays I am transcribing really difficult jazz solos and learning an average of 5 new songs a week … so it can be done! The hours you put into this endeavor will not only give you the ability to learn lots of tunes you like, it will allow you to learn them correctly. Sure, there are plenty of websites that offer the chords for songs, but you’d be surprised how wrong they often are. In a similar vein, you can find tons of online videos that purport to show you “How To Play” well-known songs. Some are very good, a lot are just OK, and sadly, too many are just people guessing.

What about sheet music, you may ask? Well, it has its place, but bear in mind that it’s generally a simplified version created to show you the melody and words, with a made-up piano accompaniment that isn’t always representative of the original. That’s why, when you compare it to the recording you love, you will often find differences. We all want to sound like the recording if we can, right? So put in the work, and enjoy the journey!

Check out this related blog article:

Apps to Help You Learn to Play Keyboard At Home