You could describe electronic artist San Holo’s music and production style with many adjectives, but “derivative” would definitely not be one of them. Quite the opposite: his approach is thoroughly original and decidedly non-conformist.

For one thing, although Holo is part of the modern electronic music world — a place where most songs are written inside of digital recording software — he takes a distinctly analog approach. “Most of my songwriting starts on guitar,” he says, “whether acoustic or electric. I like to figure out a song on the guitar first before I grab my laptop and produce and record everything.”

In addition, a big part of his production process involves running sounds through a tape echo to add analog flavor. Not a tape echo plug-in, mind you: he uses an actual vintage tape echo unit. “I usually set the feedback and delay to zero,” he explains, “so I just have the sound of the tape to make it a bit warbly and gritty.” 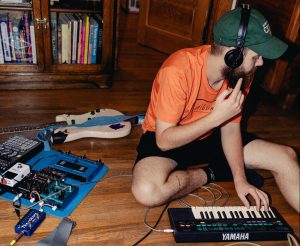 Holo loves the gritty sound of the sampler in the Yamaha VSS-30.

Holo’s music has been described as belonging to the subgenre called Future Bass, but he’s evolving it into something newer. “It’s a mix of EDM, indie and post-rock,” he tells us. “I like to call it Post-EDM. The combination of electronic beats with sparkly guitar is what I look for most.”

While you might think this kind of non-standard production style might work against Holo, just the opposite has occurred. Indeed, his rise to prominence has been rapid: He was voted New Artist of the Year in the 2017 Electronic Music Awards, and that same year his album 1 reached #7 on the Billboard Dance/Electronic Albums chart.

Back in the Day

Holo grew up in Holland and started his musical career by studying guitar at the Rotterdam Pop Academy, which is part of a larger music conservatory. During his time there, it became clear to him that his musical sensibilities were different than most of his peers.

“All of the other guitar students wanted to be like Jimi Hendrix. I wanted to do something different, so I started playing around with music production and experimenting with different lo-fi sounds,” he says. “At some point, you’ve got to find your own sound [so] you might as well just create something that’s your own.” His search for new sounds led to an interest in electronic music. “I would sneak into the production classes and see what they were doing on their laptops, on music production software.”

His deviation from the rock ‘n’ roll orthodoxy didn’t receive a lot of support from his peers. “I remember [bringing] my first electronic EP to a rehearsal. [My bandmates] looked at me like I was the devil or something,” he recalls.

“Whenever you’re trying to do something new, people will always see it as weird,” he adds. “Because in the end, weird is just different. People are not used to it. At some point, it’s so rewarding to see that when you do something weird, it becomes a thing, and you actually own it. I like that. I think that’s my main goal for making music: to keep pushing myself and my music forward instead of just copying the same thing over and over again.”

Perhaps Holo’s most impressive achievement to date is the song “Light,” which he released in 2017 and now has over 148 million streams on Spotify alone. Fittingly, one of the instruments he used to build the tracks for that song was a Yamaha VSS-30: an old consumer keyboard from the late 1980s that features a crude (by today’s technology) 8-bit sampler. That keyboard has now become a fixture in Holo’s workflow.

The VSS-30 has a number of preset sounds, which Holo describes as “kind of cheesy, but pretty cool.” But it’s the instrument’s sampling, which records for under two seconds through a built-in microphone and then maps whatever it captured onto the keyboard, that Holo has found to be so useful and inspiring. 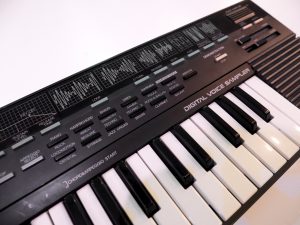 “The coolest thing about the sample function,” Holo says, “is that you can select about seven effects. You have a fuzz; you have a reverse effect; you have a U-Turn effect that makes [the sample] go forward and then backward. The most important effect on there is the fuzz. It’s something you don’t see a lot on samplers. The fuzz transforms your voice literally into a saw-wave synth. Very gritty. Very beautiful.”

Check out the video:

hey beautiful people. this was one of the first sounds that inspired me to write light🌈. do you have a special memory linked to this song? tell me about it 🙂

Holo now has his own record label called bitbird, through which he releases his own projects as well as that of others. “We were originally an electronic label, but these days we release classical music, too, and electronic, trap beats and singer-songwriter music,” he says. “As long as we feel [the artists] have a vision and want to do something different. I like hearing things that make me go, “Hey, this is something I haven’t heard before, and this might expand my mind a little bit.”

Naturally, Holo appreciates his success, but says that even without it, he’d still be a musician. “I’m truly humbled by the fact that I get to do what I do, but I would be doing the same thing if I wasn’t that well-known. I just love making music. It’s the only way I know how to live and really the only thing I know how to do.”

San recently visited Synth Space — a specially designed room at Yamaha USA headquarters in Buena Park, California that houses a large collection of vintage Yamaha synthesizers — where he had a chance to compare the sound of his VSS-30 with other synths of the era. 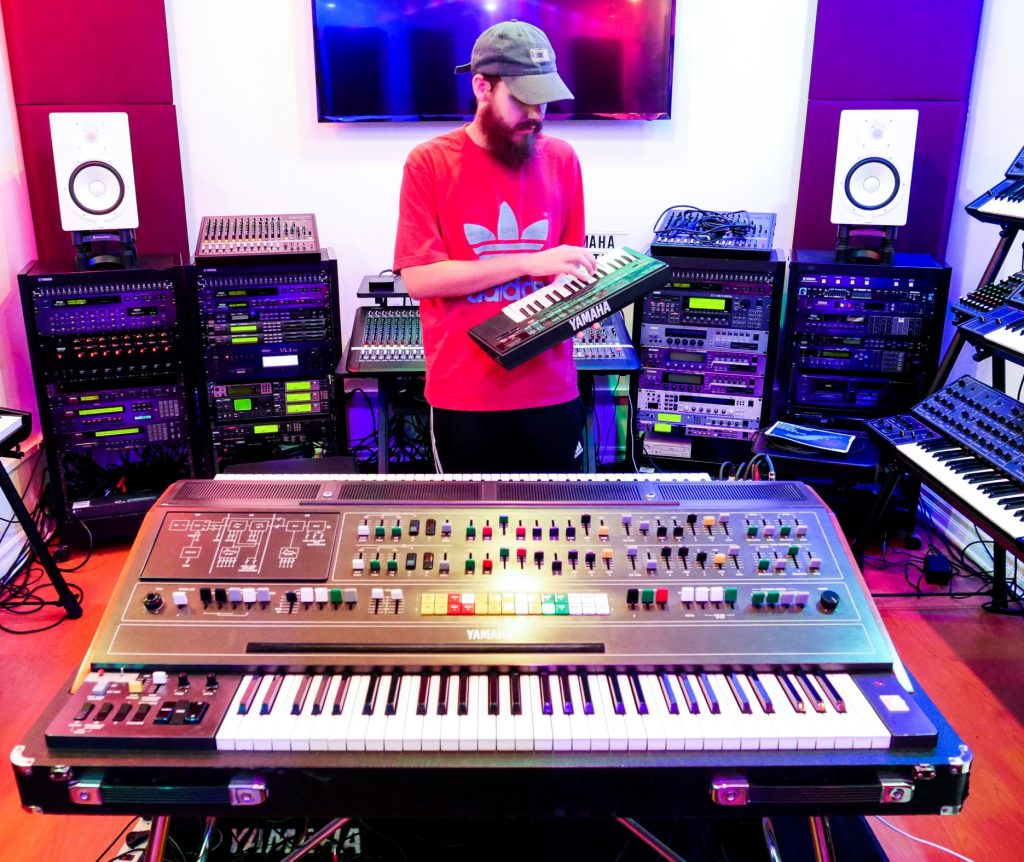 As for what’s next, he reports that he’s been working on new San Holo music. When asked whether he’s been using the VSS-30 in his writing, he says with a laugh, “Man, it’s all over the place!”

Learn more about San Holo at sanholo.com and on