Orchestral chimes, also called orchestral bells or tubular bells, are a series of tuned brass tubes of different lengths, suspended within a frame by thin wire or cord. These tubes are struck with mallets to produce a sound.

But there’s a lot more to this unique instrument! Here are seven facts about chimes that you may not know.

1. They’ve Been Around a Long Time In early civilizations, the sound of bells was thought to avert danger and other trouble. The Chinese culture used bells of various sizes over 4,000 years ago. In 1978, archaeologists discovered a cache of 65 bronze bells of various sizes in a 1,400-year-old tomb in China, although these bells did not have the rounded form of today’s chimes.

The first bronze bells of a large size were cast in Mesopotamia and Egypt in the 9th century BC. In 1884, John Harrington, of Coventry, England, patented the first clock-chime of tubular bells. It won gold medals at Invention Expeditions held in 1885 and 1886.

Tubular bells as a substitute for church bells were first used by Giuseppe Verdi in his operas Il trovatore (1853) and Un ballo in maschera (1859). Arthur Sullivan is believed to have been the first composer to score for tubular bells, for an 1886 orchestral performance of the cantata Golden Legend. The composer Giacomo Puccini also used them in his 1900 opera Tosca.

2. They’re Used in Popular Music Too

Tubular bells also appear on Pink Floyd’s The Dark Side of the Moon (on the song “Brain Damage”) and as part of a rally scene in the movie adaptation of the group’s The Wall. In addition, Rush drummer Neil Peart used tubular bells on the songs “Xanadu” and “Closer to the Heart.”

3. Chimes Were Part of the First Sonic Patent

In 1950, the National Broadcasting Company (NBC) filed with the U.S. Patent Office to make their three-note chime a registered audible service mark. It was the first time a “tune” was filed with that office.

4. The Hardness of the Mallet Influences the Sound

A chime is struck with a mallet hammer made of rawhide or a hard plastic. A softer mallet brings out the fundamentals (the lower tones) and higher partials are not so noticeable, making for a darker tonality. When chimes are struck with a harder mallet, the higher overtones predominate, making the sound brighter and more incisive.

Chimes are considered an idiophone type of musical instrument. An idiophone is one that creates sound primarily by the vibration of the instrument itself, without the use of air (as is the case with wind instruments, which are known as aerophones), strings (chordophones) or membranes such as drum skins (membranophones).

An idiophone is designed to vibrate by being struck either directly with a stick or hand (like the wood block, singing bowl, steel tongue drum, triangle or marimba) or indirectly, by way of a scraping or shaking motion (like maracas or flexatone).

6. They Have a Unique Dampening System

A set of chimes is tuned chromatically and arranged in two rows in keyboard fashion, with the back row containing pitches that correspond to the black keys of the piano. The back row of tubes is set higher than the front row to allow the player to play each note with ease. 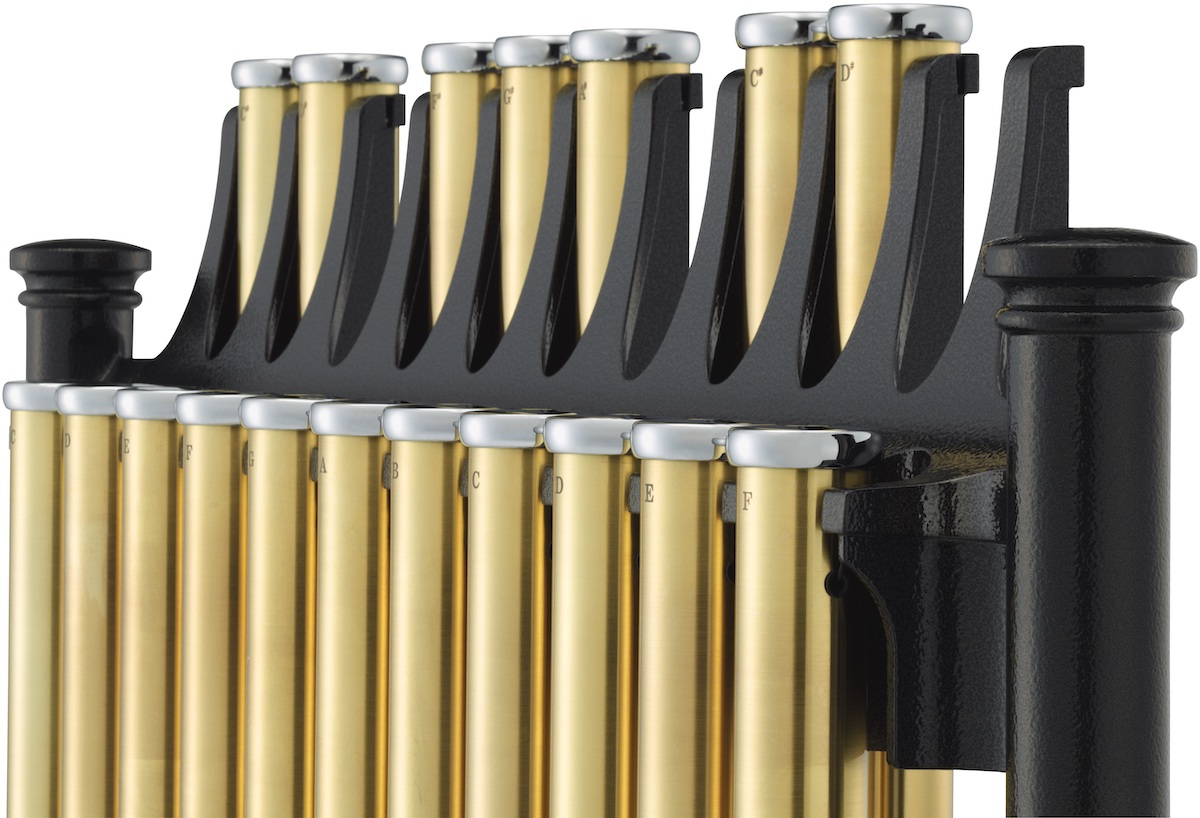 In the middle of the chime stand is a damper, shown here: This is connected to a foot pedal by a rod, as shown below. 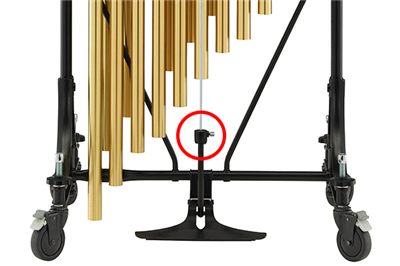 7. Chimes Have a Totally Unique Sound

Unlike any other musical instrument, the human ear perceives the sound of a chime as a pitch that is actually one octave below the fundamental. (The pitches written in any given score refer to the strike note, not the note we hear.) Its overtones also depart from the more usual linear set of harmonics, where each is a multiple of the fundamental pitch. Together, this serves to give chimes a unique timbre.

Even within the dense sound of an orchestra, concert band or percussion ensemble, chimes are clearly audible because their timbre is so different from that of other instruments. The initial attack is a short, forceful, metallic sound followed (if undamped) by a long, resounding note in which the pitch of the chime is more prominent. Like all metal idiophones, the notes of a chime decay slowly — that is, they resonate for a relatively long time unless they are dampened.