One of the most overlooked — you could even say underused — aspects of music is the element of surprise. This topic came up when I was interviewing Nashville producer Kyle Lehning some years ago, and xjvznqwrqh … BAM!

See what I did there?

OK, so maybe the element of surprise works better in music than it does in the written word. Anyway, back to my interview with Kyle. We were discussing his observation that producers used to be less technically oriented and more like the listening public. “They would sit in a studio and their input would basically be either “that’s good,” or “that’s not good,” he explained, “and it would be up to the musicians to interpret what “not good” was. Usually getting a thumbs down forced the musicians to come up with something more interesting, more surprising, and/or more energetic.”

To illustrate the point, Lehning shared an experience he’d had. After giving an address to an undergraduate college class about record production, he and colleague Norbert Putnam (Elvis Presley’s one-time bass player and a producer of great renown himself) asked the students, “What is it you’re looking for when you go online?”

“One kid in the front row,” Kyle remembered, “raised his hand and said, “I just want to be surprised.” It was a real “wow” moment for me because, frankly, I’d forgotten that part of the job was to surprise people. All of which returns to the problem of being so technically savvy that you forget that it’s really all about keeping the listener interested enough to want to hear the next section of the song, that it’s all about keeping them wondering what’s going to happen next.” 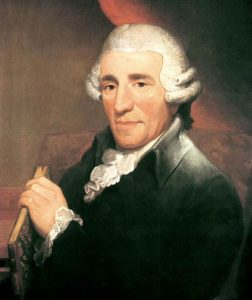 In the world of classical music, the archetypal example is the second movement of Joseph Haydn’s Symphony No. 94 in G Major — often called the “Surprise” Symphony. It begins with a soft “Twinkle, Twinkle, Little Star”-like theme played by the violins, supported by a little bass underpinning. Then the theme is repeated, even more gently … only this time it’s followed by a sudden, fortissimo blast from the entire orchestra, complete with a thwack on the timpani.

Nobody is quite sure why Haydn chose to play this musical joke, but many scholars believe it was intended as a jolt to people in the audience who tended to fall asleep during soothing, slow moments. Whatever the reason, it definitely keeps you on alert during the rest of the piece. You listen closely as the variations unfold, expecting that Haydn is going to trick you again, but it never happens again. And one thing is certain: No one listening to this particular Andante is going to drift off.

In a similar way, it’s safe to assume that many audiences hearing Tchaikovsky’s 1812 Overture for the first time had the living you-know-what scared out of them by the firing of cannons — yes, real-life cannons! — during the over-the-top finale.

When it comes to surprises, maverick composer Charles Ives probably has no peers. He turned out a slew of unorthodox pieces in the early 20th century that are regularly interrupted by circus music, dance hall tunes, hymns, ditties, you name it. In a way, the disruptions are often so pervasive that the element of surprise seems somewhat diluted.

And then there’s jazz. As writer Whitney Balliett so succinctly put it, “Jazz is the sound of surprise.” It’s all about music invented on the spot, juxtaposed on top of the chord changes, sometimes deriving loosely from the theme, sometimes not. Every time a jazz great like a John Coltrane lifted the horn to his lips, listeners never knew quite what to expect … and to a large degree that is the appeal of the genre.

Surprises seem to occur with less frequency in contemporary music. I don’t know why that should be the case, unless it’s down to the pursuit of commercial success (which perhaps presumes that the majority of listeners favor formula over revelation). That said, there are many notable exceptions, such as Brian Wilson’s eccentric orchestration on his masterpiece “Pet Sounds” and the unexpected key modulations in The Who’s “My Generation.” Beatle John Lennon was a big fan of musical surprises, and often sprinkled them in his songs. Take, for example, “I Want to Hold Your Hand” — the group’s first US hit, and a record that inspired countless musical careers, including my own. The Fab Four kick off the song with four and a half bars of the bridge, played instrumentally. What makes it both striking and confusing is that it begins midway through the first measure, with the accent on the last eighth note of that measure instead of the downbeat of the next measure. The first (or even the hundredth) time you hear this, you’re thrown off balance by the ambiguity — you only recognize the beat after the first few seconds pass.

As a composer, Lennon would tease the listener with similar surprises for the rest of his time as a Beatle (interestingly, not so much in his solo career), from the musically unrelated bridge that comes from out of nowhere at the two-minute mark in “I Am the Walrus” to the extra bass drum hit at 3:24 in “Revolution 1” (a bad edit by engineer Geoff Emerick that Lennon insisted be left in) to the occasional 2/4 and 3/4 measures tossed into the otherwise 4/4 “All You Need Is Love” — a song that also begins with the fanfare from the French national anthem, the Marseillaise, and ends with saxophones playing Glenn Miller’s “In the Mood” and strings playing “Greensleeves.”

There are scientific studies for pretty much everything, and it turns out that there’s a reason why we love musical surprises so much. According to a recent article published by Futurity, researchers at Canada’s prestigious McGill University believe that these bits of ear candy actually light up the brain’s reward center, same as traditional rewards such as food or money.

That may be the chemical explanation, but for me it’s a total visceral thing. All I know is that whenever I encounter a musical surprise, it brings a smile to my face. And one thing this world surely needs is more smiles!