The beginning of pop music — a genre that would lead to the creation of rock ’n’ roll and rock —  started on an obscure block in New York City.

In the late 1800s, a cluster of residential and commercial spaces along West 28th Street between Fifth Avenue and Broadway became the epicenter of American popular music. Known as Tin Pan Alley from the near-constant din of composers banging away on pianos, songwriters turned their attention away from classical and sacred pursuits to focus on secular tunes.

The Rise of Pop: a King and a Prince

It was during this period that consumer demand increased for sheet music from vaudeville acts and ragtime, a piano-driven style characterized by syncopated melodies. At around the same time, lax copyright laws were strengthened, providing a lucrative environment for music publishers. The growing appetite for sheet music would continue through the early 20th century with the compositions of Irving Berlin, Cole Porter and George Gershwin.

In the 1920s, the rise of radio and recorded music would slow demand for sheet music and further entrench popular songs in American culture. In an online story entitled “The History Of Pop Music In 5 Defining Decades,” author Katherine Myers notes that the genre may have begun as a nod to songs that were popular during a given time, but that this has changed to the point where “pop music has grown into its own ever-evolving genre.”

Since the rise of radio, decades have often become defined by the music that fills the airwaves, and these are the songs that ultimately become the “pop music” of their era. Over time, pop as a distinct genre has come to embody a reliable formula. A 2014 story in the Washington Post by British scholar Joe Bennett summed it up this way: “Pop songs (generally) stay in one key, are in 4/4 time, last between three and five minutes, are organized into chunks of four or eight bars, have a repeating chorus played two to four times, include the title sung at least three times, and feature short melodic fragments that repeat a lot to help everyone to remember them.” 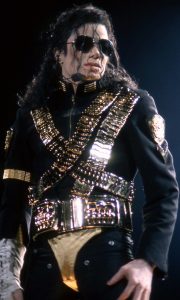 Most eras also have an artist or collection of artists that commercially and artistically dominate. The pop stars of the 1920s, 1930s and 1940s were primarily crooners (Rudy Vallee, Eddie Cantor, Al Jolson, Bing Crosby, Frank Sinatra) and big band leaders (Cab Calloway, Paul Whiteman, Benny Goodman, Tommy Dorsey, Glenn Miller). The next three decades were dominated by the follow-on genres of rock ‘n’ roll and rock music (see below), but in the early 1980s, chartbusting artist and former child prodigy Michael Jackson was crowned the “King of Pop” … and rightfully so. Record company executive Tommy Mottola stated in the pop star’s 2009 New York Times obituary that “[Jackson]  bridged the gap between rhythm and blues and pop music and made it into a global culture.” The musical IQ of Prince, who, like Jackson, also died an untimely death at an early age, was so expansive that it can’t be summed up in a single style. Upon his passing, Jon Pareles of the New York Times wrote, “Prince was a man bursting with music — a wildly prolific songwriter, a virtuoso on guitars, keyboards and drums and a master architect of funk, rock, R&B and pop, even as his music defied genres.” Pop music, like most genres, is male-dominated, though there have been many important female pop artists. At the height of her powers, singer Whitney Houston had a range that spanned three octaves, noted Pareles and Adam Nagourney in their New York Times obituary, adding, “Her voice was plush, vibrant and often spectacular. She could pour on the exuberant flourishes of gospel or peal a simple pop chorus; she could sing sweetly or unleash a sultry rasp.” Notably, Houston also gave new life to Dolly Parton’s iconic country song “I Will Always Love You.”

In the early 1950s, another form of popular music began to emerge: rock ’n’ roll, which was fashioned by the confluence of gospel, jazz, rhythm and blues, and country music, along with other subgenres such as jump blues and boogie-woogie. The single “Rocket 88” (credited to Jackie Brenston and his Delta Cats although it was actually Ike Turner’s Kings of Rhythm) is considered the first rock ’n’ roll recording due to its distorted guitar and driving beat. Despite this milestone, songwriter and innovative guitarist Chuck Berry — best known for his timeless hits “Johnny B. Goode” and “Maybellene” — is considered the real architect of rock ’n’ roll. When he was inducted into the Rock and Roll Hall of Fame in 1986, Berry was singled out for his contributions to the genre. “While no individual can be said to have invented rock and roll,” stated the organization, “Chuck Berry came the closest of any single figure to being the one who put all the essential pieces together.”

But Little Richard, the flamboyant pianist whose kick-out-the-jams concerts had a wild edge that mesmerized audiences, also laid claim to being the music’s originator. “I really feel from the bottom of my heart that I am the inventor,” he said in a 1990 Rolling Stone interview. “If there was somebody else, I didn’t know them, didn’t hear them, haven’t heard them. Not even to this day. So I say I’m the architect.” Some of Richard’s signature songs include “Tutti Frutti” and “Good Golly, Miss Molly” — recordings that capture the rawness of his live performances. 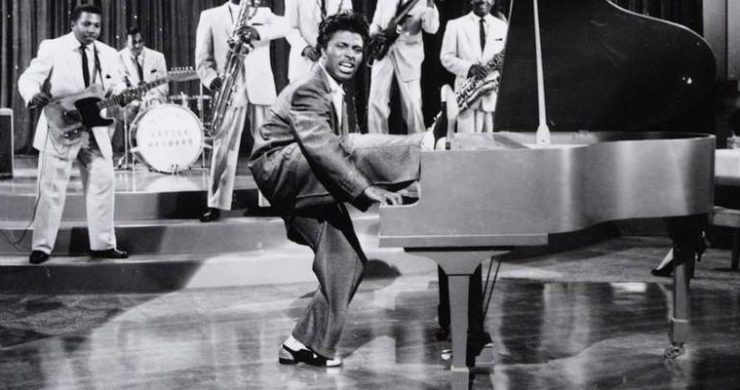 In 1956, moments before a then largely-unknown young singer named Elvis Presley took the stage on “The Ed Sullivan Show,” the host addressed the audience. “I don’t know what he does,” confessed Sullivan, “but it drives people crazy.” After teasing the crowd with the swivel of his hips, Presley launched into a rendition of “Hound Dog,” and in that moment rock ‘n’ roll entered the mainstream. Elvis’ artistic sensibilities were rooted in his Mississippi upbringing and his love of gospel, R&B and country music. “It was a synthesis so original and strong that radio stations did not know how to handle it,” noted music critic Robert Hilburn in a 1977 Los Angeles Times story. “Country music stations dismissed it initially as too “black” sounding. Black stations figured it was too country in tone. Pop stations … just ignored it.” Despite this, Presley became a pivotal figure during the rock ‘n’ roll era and in the cultural fabric of the nation throughout the two decades that followed. But Presley’s supremacy in the charts was to be challenged in the early 1960s by the coming of a British invasion and a new offspring of rock ’n’ roll called, simply, “rock.”

The Genesis of Rock Music

Music journalist Robert Christgau once suggested that “rock is rock ‘n’ roll made conscious of itself as an art form,” which evokes the influence of The Beatles on popular music in the 1960s and beyond.

Almost everything about The Beatles seemed fresh and new at the time, even though many of their early recordings were covers of early rock ‘n’ roll, R&B and Motown songs … albeit often lesser-known ones. But to those nuggets they added a youthful exuberance and a stomping, relentless beat, and that wasn’t the end of the story, for the band not only wrote their own songs (almost unheard of at the time), but had not just one but two skilled songwriters and lead singers in John Lennon and Paul McCartney, often joined in voice (and later in songwriting) by lead guitarist George Harrison. “They pulled off the rare feat of keeping a distinct voice through a remarkably diverse songbook that covers all types of genres, which is something incredibly rare,” wrote professor of musicology David Metzer in the Vancouver Sun. Though their career as a group spanned little more than a decade, they left behind an enormous legacy and hundreds of hit songs, from “I Want to Hold Your Hand” to “Let It Be.” What’s more, all four Beatles would craft successful solo careers after the band broke up. 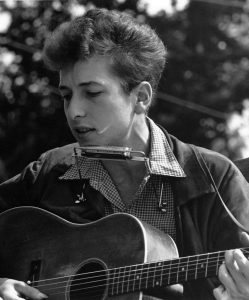 In the 1960s, The Beatles had few peers, but one of them was Bob Dylan, an artful and socially conscious songwriter who started with an acoustic guitar playing folk music that emulated that of his idol Woody Guthrie, and ended up as a rock icon (and as a major influence on John Lennon and many other artists of the era, including The Byrds and The Band). With massive hits like “Blowin’ In the Wind,” “Like a Rolling Stone” and “The Times They Are a-Changin,” Dylan is considered a pioneer of the sub-genre folk-rock. 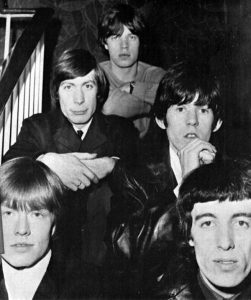 The Rolling Stones are considered one of the greatest rock bands to ever take the stage, but everything about them is steeped in the blues. Even their name is taken from the Muddy Waters song “Rollin’ Stone.” “If you don’t know the blues, there’s no point in picking up the guitar and playing rock ’n’ roll or any other form of popular music,” said the band’s rhythm guitarist and co-songwriter Keith Richards in a recent udiscovermusic.com story about the group’s influences. Blues artists like Waters, Howlin’ Wolf, John Lee Hooker, Elmore James, Big Bill Broonzy and Robert Johnson all had a huge impact on the Stones (as did the riffs of Chuck Berry) and influenced Richards’ guitar licks and co-writer Mick Jagger’s vocals.

Dylan and the Stones are still performing to this very day, but of course the story of rock did not end with them. Great bands of the 1970s and beyond include The Who, Led Zeppelin, The Eagles and so-called “prog” (progressive) rockers like Pink Floyd, Queen, Genesis, Rush and Yes, followed by so-called “heavy metal” bands like AC/DC, Def Leppard and Metallica, and punk-rockers like The Ramones and The Clash … which led into the “grunge” movement of the 1990s dominated by Nirvana and Pearl Jam. Along with individual artists like Jimi Hendrix, Eric Clapton, David Bowie, Elton John, Billy Joel and Bruce Springsteen, all have kept the flame of rock music alive and well.