The year was 1968. The music scene was exploding, and kids were starting bands in garages everywhere.

One of those kids was a Bay Area tenor sax player by the name of Emilio Castillo, and when he met baritone saxophonist Stephen “Doc” Kupka that summer, there was an immediate synergy.

A couple of years later, fortified by the addition of drummer David Garibaldi and several other musicians, they formed the legendary band Tower of Power … and they’ve been going strong ever since. 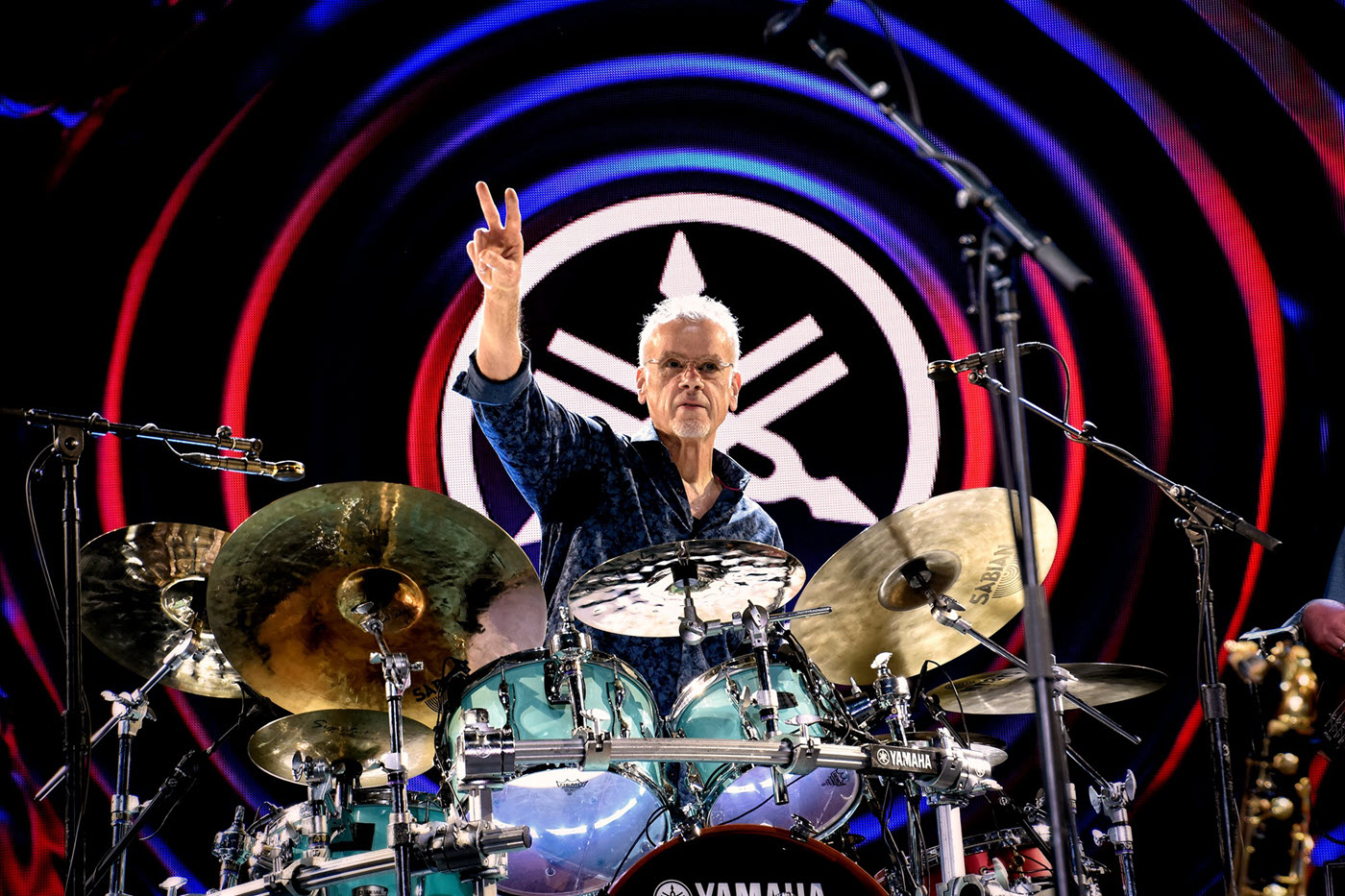 Garibaldi is still amazed at the amount of musical diversity that was going on at the time. “There was music of every possible type in your ears at all times,” he says. “There was funk. There was jazz. There was Latin. There was world music. There was classical music. And the Bay Area musicians were this mix of all of this.”

“With Tower of Power, it was all in,” he adds. “Music all the time. We’d rehearse every day. We were making it up as we go along — kind of like what we do now!”

“We all hung out together,” says Castillo. “We were all friends and we partied together, but we were all out there trying to outdo each other.”

All these years later, Tower of Power is still together, celebrating their 50th anniversary and still trying to outdo one another every time they take the stage or enter the recording studio.

“They say that we don’t pick music, music picks us,” says trumpeter Sal Cracchiolo, who joined the band in 2011. “My parents said I used to sing all the time when I was a newborn. Both of [them] were music teachers and they [started] me on piano at 4 years old. I learned how to read music before the alphabet.” Nonetheless, he soon decided that piano was not the instrument for him … and neither was accordion, or violin or drums. Someone with a lesser musical inclination might have given up at that point. But not Cracchiolo, who discovered the trumpet when he was 12 years old and quickly fell in love with the sound of the instrument. 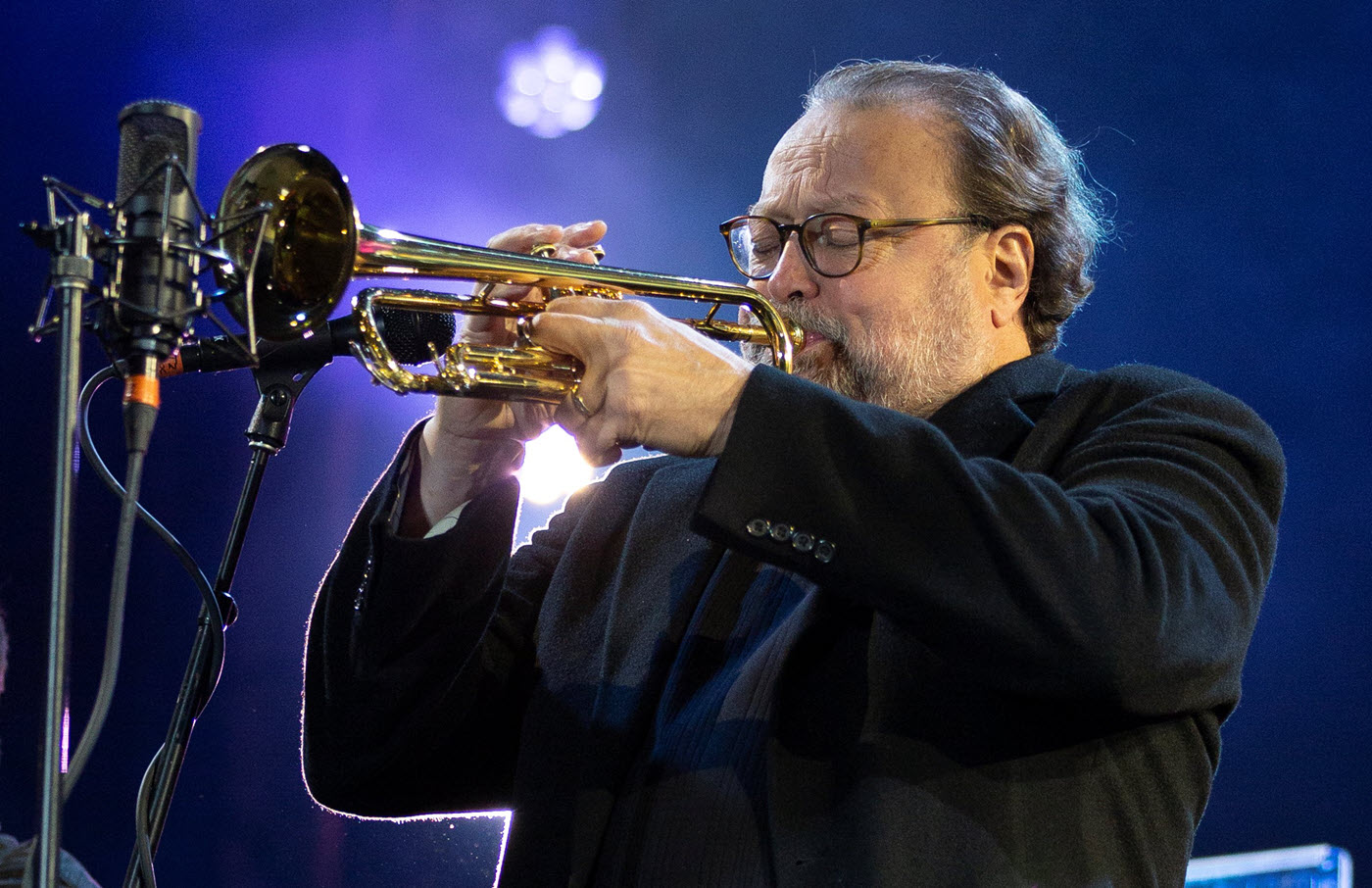 A number of other ToP members report starting out on a different instrument than the one they’re best known for. Kupka, for example, started on oboe but switched over to baritone sax in his college years because he wanted to play rhythm and blues. Garibaldi initially wanted to play trumpet, but found himself practicing violin instead because his elementary school band had run out of trumpets to give out. It was only when that didn’t work out that he discovered the joy of drumming.

Trumpeter Adolfo Acosta is actually one of the few bandmembers who started out on the instrument he plays in the group. “I was in 4th grade and we [were given] the opportunity to play an instrument,” he recalls. “We got to choose one and I wanted the trumpet because it looked easy: just three valves. It wasn’t easy and it still isn’t easy! But it was fun, and I really enjoyed it. When I got to 7th grade, I heard the junior high jazz band at assembly. I had no idea what jazz was, but that changed my life. I got fired up. All through high school [I was playing] in a jazz band, listening to jazz and other types of music with horns and horn sections.” 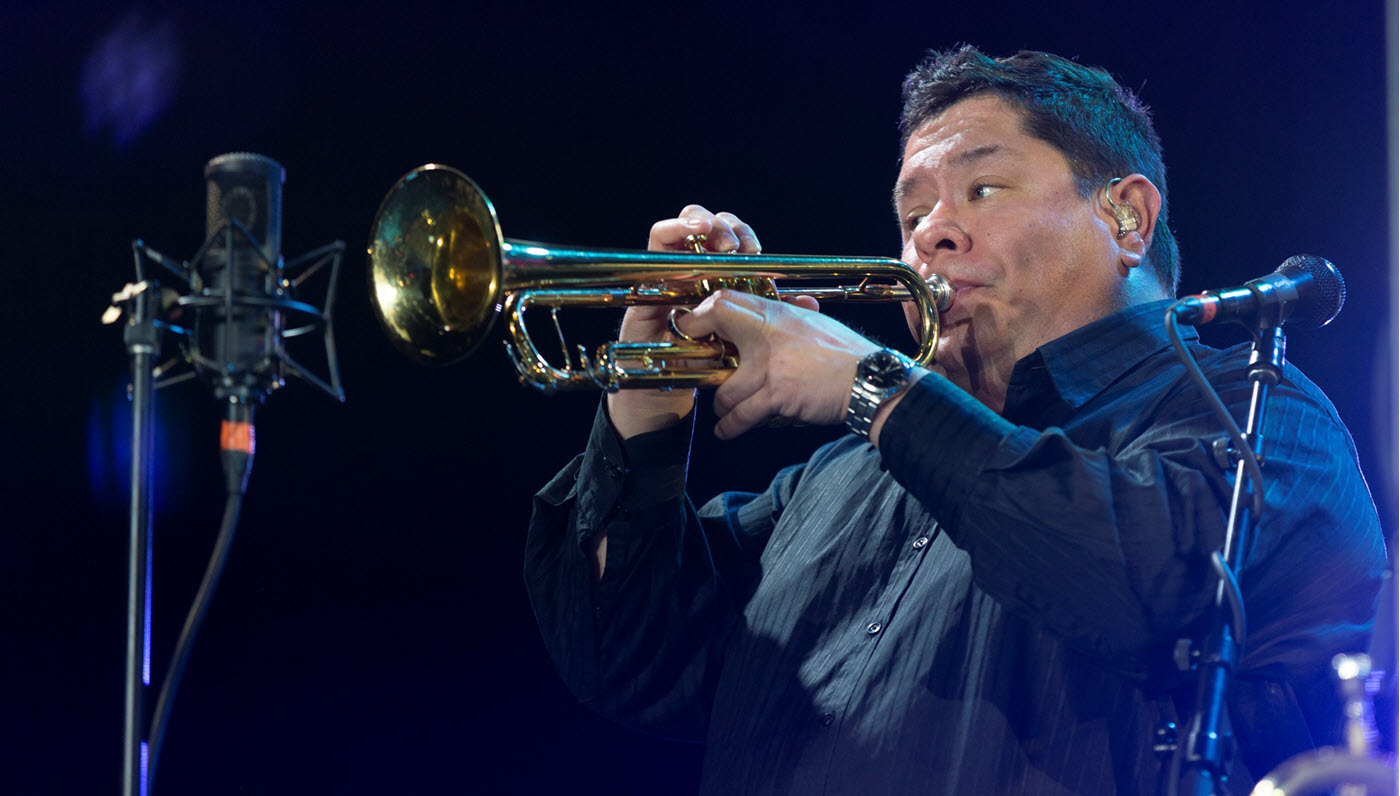 “One thing about this band is that, even if someone isn’t feeling up to snuff, it doesn’t matter,” says keyboardist Roger Smith, who has been with the group since 1998. “You gun up, you get on stage, and you put it out. Everybody wants to bring their A-game to help the collective and that’s all the time. We can be on the road 150 days a year and every night we try to bang it out hard, try to bring it.”

“We’ve played together for so long, it’s [become] intuitive,” Castillo explains. “All the horn players know when we’re going to cut off so we all go together. If they’re holding [a note], we all do that together [too].”

“[Another] important factor is that we really enjoy each other as people,” adds Garibaldi. “To me, that really makes the music terrific. We came up in the era when you had a band, you wrote songs together, you did all your music together, so … we have a collective sort of mentality. Everybody takes a lot of pride in what they do and it’s awesome to be able to [make music] with a bunch of people who have a really high standard. When you come to see us play, you’re seeing a really good team; people who really know their role, yet everybody does their thing. Everybody stays in their lane, but we do it together. That’s not always easy, but that’s what we do and I think we do it really well.”

Another big part of Tower of Power’s cohesive sound is the fact that many of the musicians — including the entire horn section — use Yamaha instruments, thanks to a decades-long relationship with the company. Garibaldi, for example, has been playing Yamaha drums since 1982.

“I don’t think of myself as a great saxophone player,” explains Castillo. “But just playing a Yamaha saxophone, immediately I was more in tune … which was invaluable! Immediately the sax section was fatter and nailing things harder.” 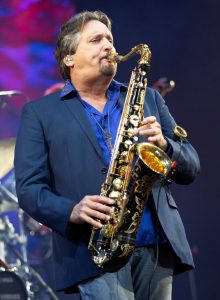 “Because we are all playing instruments that are easy to play in tune, [we] have great chord sounds from the bottom to the top of the horns,” adds saxophonist Tom Politzer. It’s a sentiment shared by trumpeter Cracchiolo. “It’s nice to have everyone playing a Yamaha,” he says, “because the timbre of the horns blend together a lot better.”

Adolfo Acosta has been playing a Yamaha Bobby Shew model 6310 trumpet since 1989, at a time when he was studying with the legendary jazz trumpeter. Sal Cracchiolo, who also studied with Shew, plays a second-generation Yamaha Bobby Shew YTR-8310Z trumpet. “It makes my life and my job easier,” he enthuses. “It sounds great, it plays in tune and it’s a quality instrument. At this point in my life, I can afford to play anything, but you want to play something that is going to help you produce the sound that you hear in your head. Trumpets are known as the ‘coil of toil,’ but you don’t want it to fight you. And the people at Yamaha have been very gracious. They’ve treated all of us like family.”

Politzer agrees. “The thing I love about the company is their desire to make the best horns in the world,” he says. “I’m honored to play their instruments. Their flutes are ridiculous. Their clarinets are awesome. Everything they make is first quality.”

Making it All Worthwhile

When asked what keeps Tower of Power motivated, Cracchiolo says, simply, “The opportunity to make music. [Considering] all the years that you dedicate your life [to this], when you get to this point, it’s the payoff. There’s no feeling like when all of a sudden the magic happens; it’s indescribable. You work and you sacrifice everything for those moments when you get to play. It really is special.”

“[It’s] the honor and privilege of walking in front of a packed house that’s there to see you,” adds Politzer. “You hit the stage and you see everybody looking up at you and it sort of transforms you.”

Gauging from the obvious level of enthusiasm coming from all the bandmembers even after all these years, it seems certain that Tower of Power will continue to be an important part of the musical landscape for the foreseeable future. They hope to resume touring once conditions allow, and their latest album, 50 Years of Funk & Soul: Live at the Fox Theater has just been released, available as a 3-LP set, a 2-CD/1-DVD package or single DVD, as well as via digital streaming.

“That was a really special gig,” says Castillo. “We had (former ToP member and Saturday Night Live Band musical director) Lenny Pickett playing sax with us, with Chester Thompson on organ. There was a seven-piece horn section and two extra background vocalists. It was a phenomenal night.”

Adds Castillo with a laugh, “People come up to me at clinics and they say, ‘Do you have any advice [for musicians starting out]?’ I say, ‘Yeah, start a trio.’ Logistically, a 10-piece band is very difficult, but it’s who we are, and we are very proud of it.”

Tower of Power take the main stage at the 2020 NAMM show.