The composers, arrangers, and multimedia artists using Yamaha Disklavier pianos in their work today is the 21st century’s A-list of innovators in music-making.

A few years ago, the Disklavier Education Network (DEN) set out to create a database of Disklavier enthusiast-composers. We expected to mostly hear about how they were using their Disklavier as a stand-in pianist so that they could actually hear their works played on an acoustic piano. After all, not every composer is a virtuoso who can sight-read their own compositions at tempo. Even great pianists like Broadway composer Stephen Schwartz famously uses a Disklavier both to collect his own musical ideas and as an instrument in the pit orchestra.

Given that composers are the historical beta-testers of musical instruments, we also expected to find that they were using their Disklaviers for experimental works, going beyond the limits of human playability. Many of them have expressed interest in the Disklavier’s polyphony, for instance — they want to know what it sounds like to hear 20-note chords scattered across the keyboard! In fact, composer Roberto Sierra used exactly this convention in his 2017 Concierto Virtual, written specifically for the Disklavier ENSPIRE.

We were surprised, however, to discover just how many composers now list a Disklavier as prescribed instrumentation, with the expectation that it will be the exact instrument realizing their composition. The Disklavier’s unique combination of precision recording and playback, while still being an organic, wooden instrument, both inspires and defines how a performance should sound. Those qualities, added to the creative infinity of computer-aided composition, is appealing to many composers. We recently spoke with UC Irvine’s Christopher Dobrian to better articulate that perspective. Here’s what he had to say:

“Initially I was attracted by the Disklavier’s ability to play music of greater complexity and technical demands than could be achieved by a human performer, while retaining the sound of an acoustic instrument, which I found more appealing — or at least more suitable for my musical conception — than many synthesized sounds. Since those early pieces, I’ve been attracted to the Disklavier because it allows my compositions to take advantage of the virtuosity and expressivity of a live pianist while also creating an interactive dialogue between pianist and computer in an improvised, performative setting.”

Musical America’s 2016 Composer of the Year Tod Machover was an early adopter of integrating the Disklavier in his compositions. His Jeux Deux is a multimedia orchestral work in which the pianist’s playing is processed by computer software, then returned to the stage in the form of multimedia imagery.

In a similar, but more mainstream vein, pianist Dan Tepfer has practically invented his own genre of music with his “Natural Machines” series of improvised, algorithmically-driven multimedia works. Jonathan Tessero, an in-demand creative director for stage and screen, credits Disklavier in his workflow. Multimedia artist Xiao Xiao has used a Disklavier to create fanciful works that blend 3D projection with musical performances right on the surface of the keys and fall board, providing a unique way to experience both artists and repertoire.

With Disklavier pianos increasingly available in institutional composition programs, festivals and competitions, we can expect even more boundary-stretching works that merge visual arts with computing and composing as the century progresses. The International Computer Music Conference (ICMC), now in its 42nd year, routinely provides a Disklavier for its competitors, and the Netherlands-based Conlon Foundation offers a prize specifically for Disklavier-based compositions — a nod to 20th-century composer Conlon Nancarrow, who pioneered the whole idea of creating works for reproducing piano.

No matter the genre, the Disklavier is an ideal composition partner for traditional composers, experimental media artists and everything in-between. Paired with today’s ecosystem of computer software and mobile devices, the possibilities are endless.

Do you compose for Disklavier? We would love to hear from you! Please email DEN@Yamaha.com to submit your works to our database.

This posting was adapted from a 2016 article of the same name published on the Yamaha DEN website. 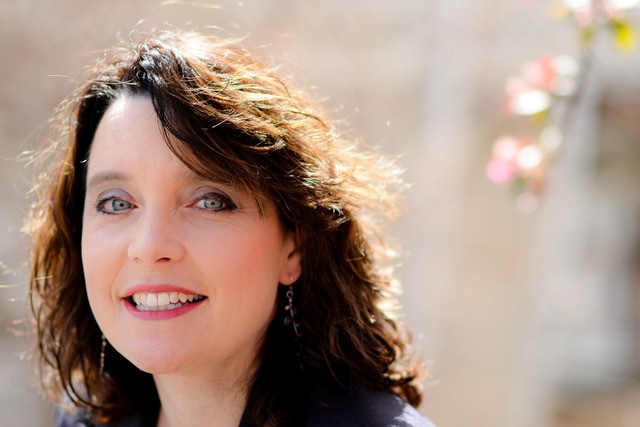 Shana Kirk is a Denver, Colorado-based pianist, teacher, technology consultant, and arts advocate. Through these activities, she embraces modern technologies for performance, education, and fun! With a BA in piano performance and an MM in piano pedagogy from Lipscomb University and the University of Denver respectively, Shana actively explores ways to combine and promote technology and the arts. During 2000, she helped develop and operate the "What Makes Music?" discovery center for the Denver Museum of Nature and Science. Shortly thereafter, she co-founded Apple Pie, Inc., an organization with the mission of bringing the arts to underserved areas. She currently serves on the board of the Playground Ensemble. As a music industry consultant, Shana works closely with institutions, software developers, music technology vendors, and manufacturers ...