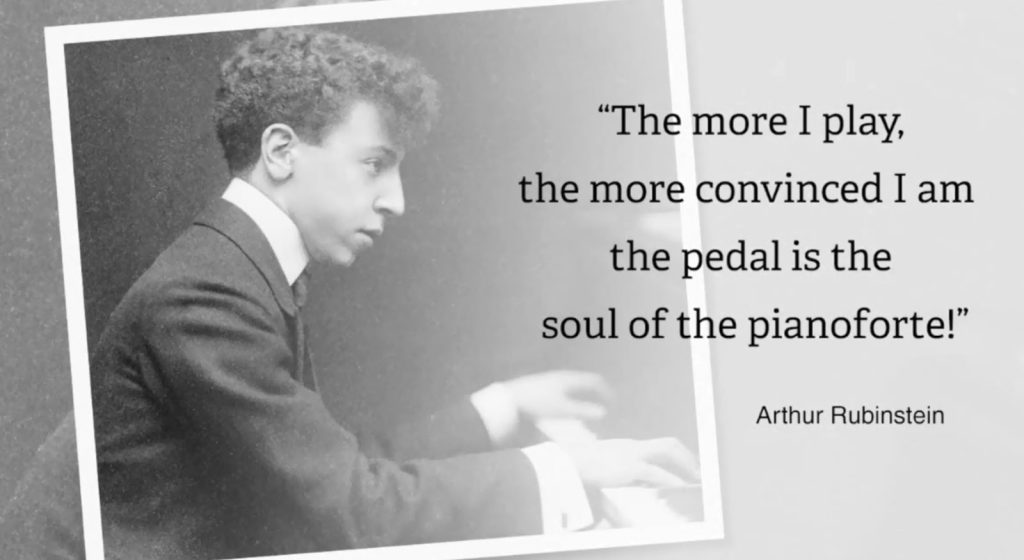 Legendary pianist Arthur Rubinstein was famously quoted as saying, “The more I play, the more convinced I am the pedal is the soul of the pianoforte!” No doubt he was speaking about the piano’s damper pedal, also known as the sustain or right pedal, but to some extent his comment is also applicable to the una corda, or left pedal.

In the early days of electronic keyboard instruments it was typical for the sustain pedal to record just two values: on and off. Today, however, some sophisticated reproducing pianos (including the Yamaha Disklavier), hybrid keyboard instruments (for example, the Yamaha AvantGrand), and digital pianos (like the Yamaha Clavinova) are capable of recording a wide range of incremental values that represent the full motion of the sustain pedal. 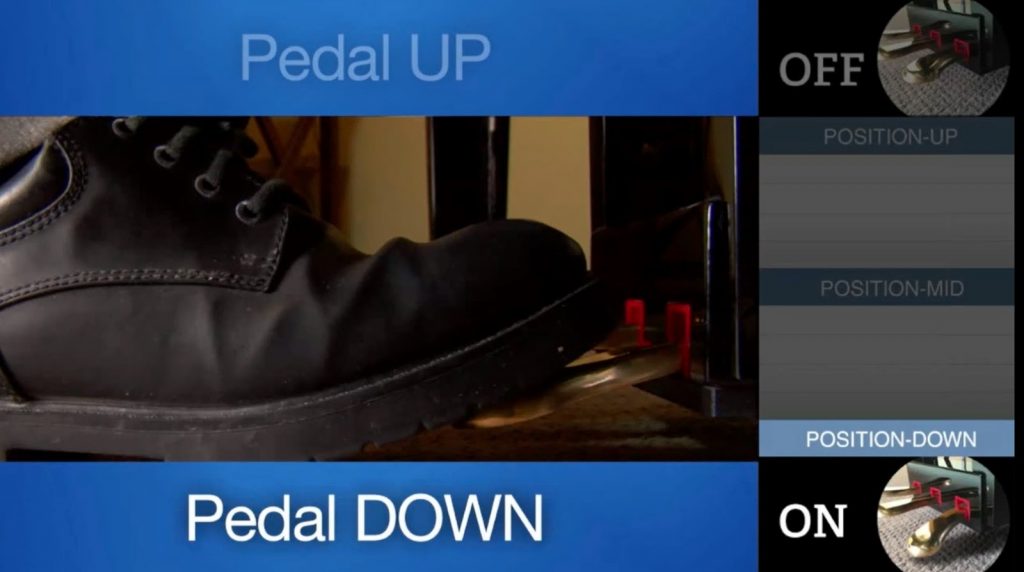 The Importance Of Incremental Pedal Data

Let’s take a look at how the sustain pedal is used in an actual performance and the reasons why incremental pedal data is so important. Here’s a graphic representation of a pianist’s performance of a work by Frédéric Chopin: 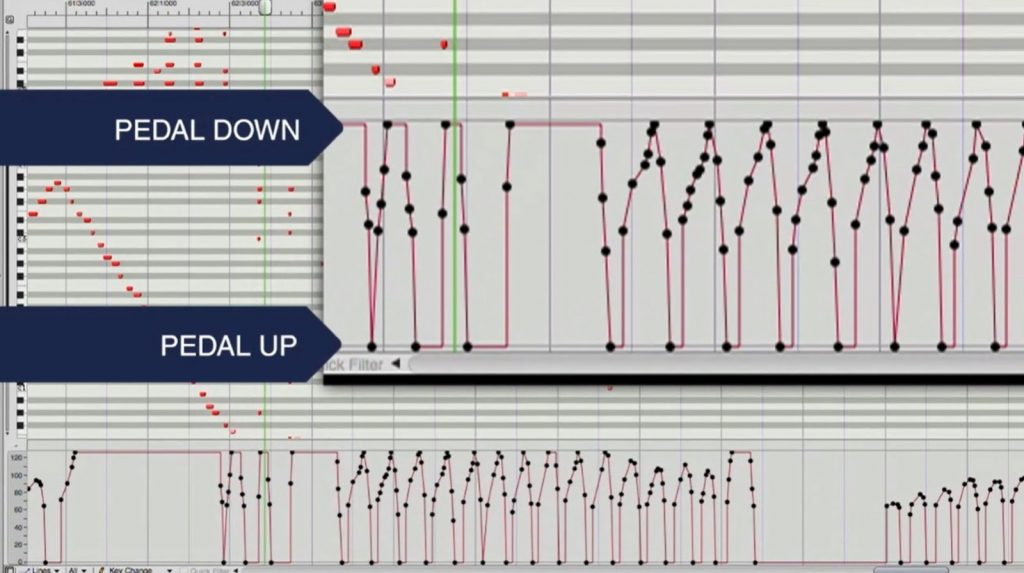 As you can see, in this section the pianist moves the pedal swiftly between fully down and fully up. Yet despite the rapidity of those pedal movements, the Disklavier is able to record incremental pedal locations between fully up and fully down, and that same data is then used to ensure smooth pedaling on playback.

Now let’s take a look at the sustain pedal data in a performance of a piece by Claude Debussy. In the sample below, notice how long the pianist keeps the pedal in the half-pedal range between fully up and fully down: 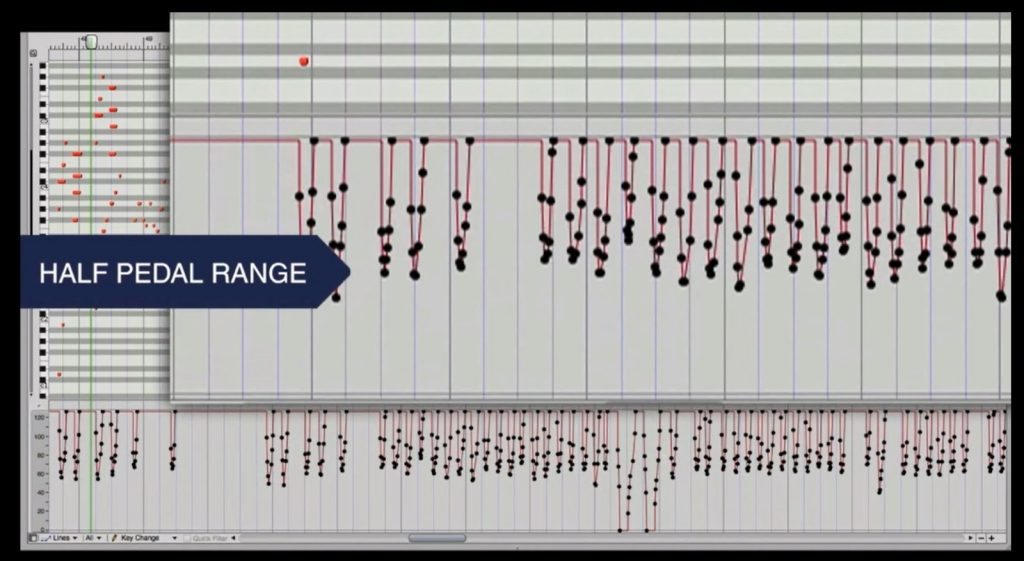 In this range of pedal motion, the damper only slightly engages the strings to a greater or lesser degree, thus only partially damping the notes. It would be impossible to reproduce the half pedaling accurately if the instrument could not record and play back incremental pedal data:

This is another example of how the Disklavier’s advanced technology captures and plays back piano performances with all of the expression and nuance of the original performance.

This article was adapted from a video by pianist and music technologist George Litterst.