With so many superhero movies hitting the theaters, it’s ironic to hear ensemble directors tell their students, “Don’t be a hero,” when someone is sticking out in the overall sound. Because of the brass instruments’ powerful directional abilities, blending the sound and dynamics of an ensemble can indeed sometimes seem like an epic battle! But Hollywood has taught us that an entire team of superheroes working cohesively is much more powerful than one rogue crusader working alone. Here’s how to tame your brass section to craft a blended ensemble sound.

Testing the limits of strong airflow is an important first step.

“Start with a full, forthright sound because you can’t play soft with a good and blended sound unless there’s airflow,” says Dr. Ward Miller, music education consultant, arranger and associate director for the Macy’s Great American Marching Band in New York for the last 10 years. “If you start them too soft, they’re never going to develop the air flow later to play in different dynamics with a good sound.”

Once a good sound is established at louder levels, the ensemble can begin developing the technique of playing softer but with just as much power. Miller, who is also brass caption head of the Blue Stars Drum and Bugle Corps from La Crosse, Wisconsin, likens the difference to two types of whispers. “There’s the [typical quiet] whisper, and [then] there’s, ‘Hey, I’ve got a secret I want everybody to know! Everybody lean in and listen to me!’” he says. “That’s a really more engaged air even though it’s soft. That seems to really resonate with a lot of younger students.” 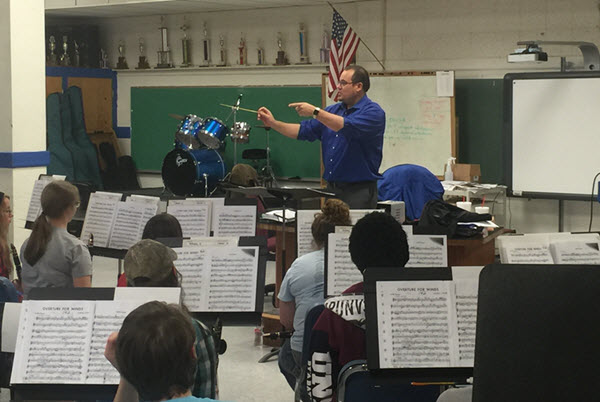 Beyond the dynamics and air, members of the ensemble must learn to match the tone and color of their sound. “One of the phrases I use a lot is playing ‘in tone and in tune,’” says Dr. Chip Crotts, director of jazz studies and assistant director of bands at the Georgia Institute of Technology in Atlanta. “I talk a lot about matching the same color and sound and matching the same energy or strength, which is a little different than just trying to play in tune or playing in the same dynamic.” 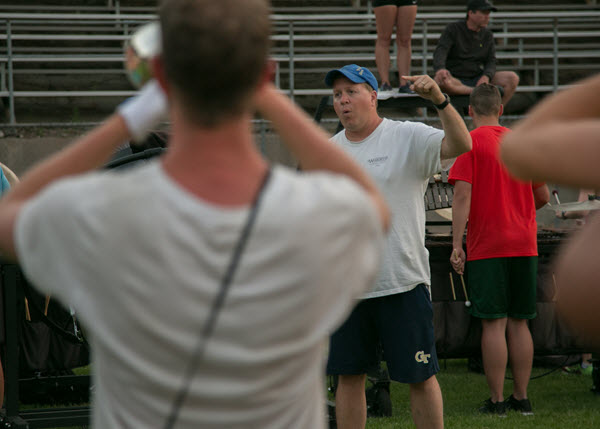 To bring this concept to life, Miller suggests an exercise utilizing a lead player as an example. “If we have someone who has a really, really good model sound, then it’s a good idea to have them play while everyone else buzzes or while everyone else sings through the instrument, and then have them connect their sound to that person,” he says.

Be the Hero They Need

Directors admit they can be guilty of telling a loud player, “We don’t need heroes,” or giving them, as Miller describes it, “the stop sign hand” more often than they’d like. “The truth is, as long as they’re not sticking out with a bad sound, you want everyone else to come up to their level,” he says.

According to Crotts, the key is to be more specific with feedback. He warns against a generic, “Hey trumpets, I need more!” and instead suggests mentioning which specific trumpet or which part of the chord needs to be brought out. When instructions are too generic, “the players who are already playing loud enough are going to play louder, and the ones who weren’t playing loud enough are not going to play strong enough,” says Crotts, who is also the brass caption manager with the Santa Clara (California) Vanguard Drum and Bugle Corps. “Make sure that you’re clear about what you want,” he adds. “Bringing the younger players up and using more air and playing with a fuller sound is a more ideal way to balance [the ensemble]. It just encourages more confidence from the younger musicians, and it promotes more of a confident performance throughout.”

Lead players may feel like they have to save the rest of the band with their sound. One way to keep them busy is to give them more listening responsibility. “Train the leaders to listen to the other leaders of the other brass sections, so that the lead trumpet is listening to the first chair French horn, who is listening to the first chair trombone, euphonium, tuba, etc.,” says Suzanne Dell, associate band director at L.D. Bell High School in Hurst, Texas. “Then get the players within the section to understand their responsibilities for how their parts support what is oftentimes the lead voice.” 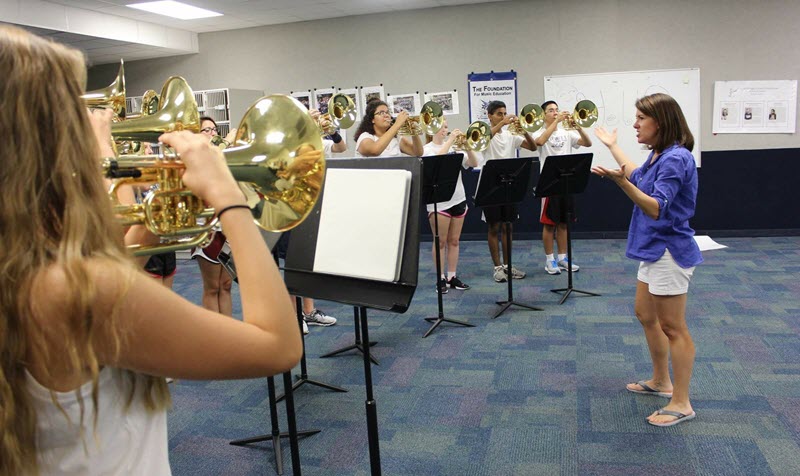 With some students, ego can be the reason for overplaying because they may fear relegation to a lesser role. Clearly defining roles and emphasizing all parts helps to avoid these challenges.

Dell suggests rotating roles occasionally, so that everyone knows what it’s like to be first, second or third chair. Realizing how and why each part is important will prevent overplaying and sticking out. She also recommends an emphasis on small ensemble or chamber playing, where each part is very important so that this skill will be reflected in the larger ensemble.

Directors must create an environment where students perform the way they practice. Players need to understand that blending and balance make a better performance overall — they shouldn’t do it just to prevent the director from correcting them during rehearsal.

“We’ve all been in bands where you practice one way, and then everybody gets to the game and they just play completely different,” Crotts says. “You have to make sure that the way that they practice and perform is consistent, and that you’re having everyone play up to each other.”

Miller plays a game with his students where they take a passage of the piece and only play when they think they have the melody or most important part. The results can be illuminating. “People either don’t know that they’re the most important thing, they’re not aware of how important they are, they’re not aware they’re in the foreground, or they think they’re the foreground and they’re not,” he says. “It results in so much more clear balance and clarity for the audience to know exactly what they should be listening to at that moment.”

While the students are working hard to play with a more blended sound, remember to consider logistics that can give your ensemble an advantage during performances. “Take into account the [concert] setup and be mindful where it is that you’re performing and how you physically use your space,” says Dell.

For example, you may need to put some of the brass with front-facing bells up on risers, or position the French horns in an area that can reflect their sound forward. Just because the group sounds great from the podium doesn’t mean the balance is right from the audience’s or judges’ standpoint. Dell suggests listening and recording from different locations around the room, and Miller agrees. “If you’re not somewhere where somebody can come in and be an extra set of ears for you, record and send it off to someone who can help you,” he says. “Send it to a college mentor, a friend, another band director or bring a guest in.”

Creating a blended sound among the brass takes hard work, but when you bring together all the different elements, you can have a sound worth fighting for. “It’s not achieved by individual players playing at their loudest, but by everyone matching energy and everyone being at the center of pitch and tone,” Dell says. “That’s how you sound bigger and fuller. It’s not by force, and it’s not by one or two players being the hero.” 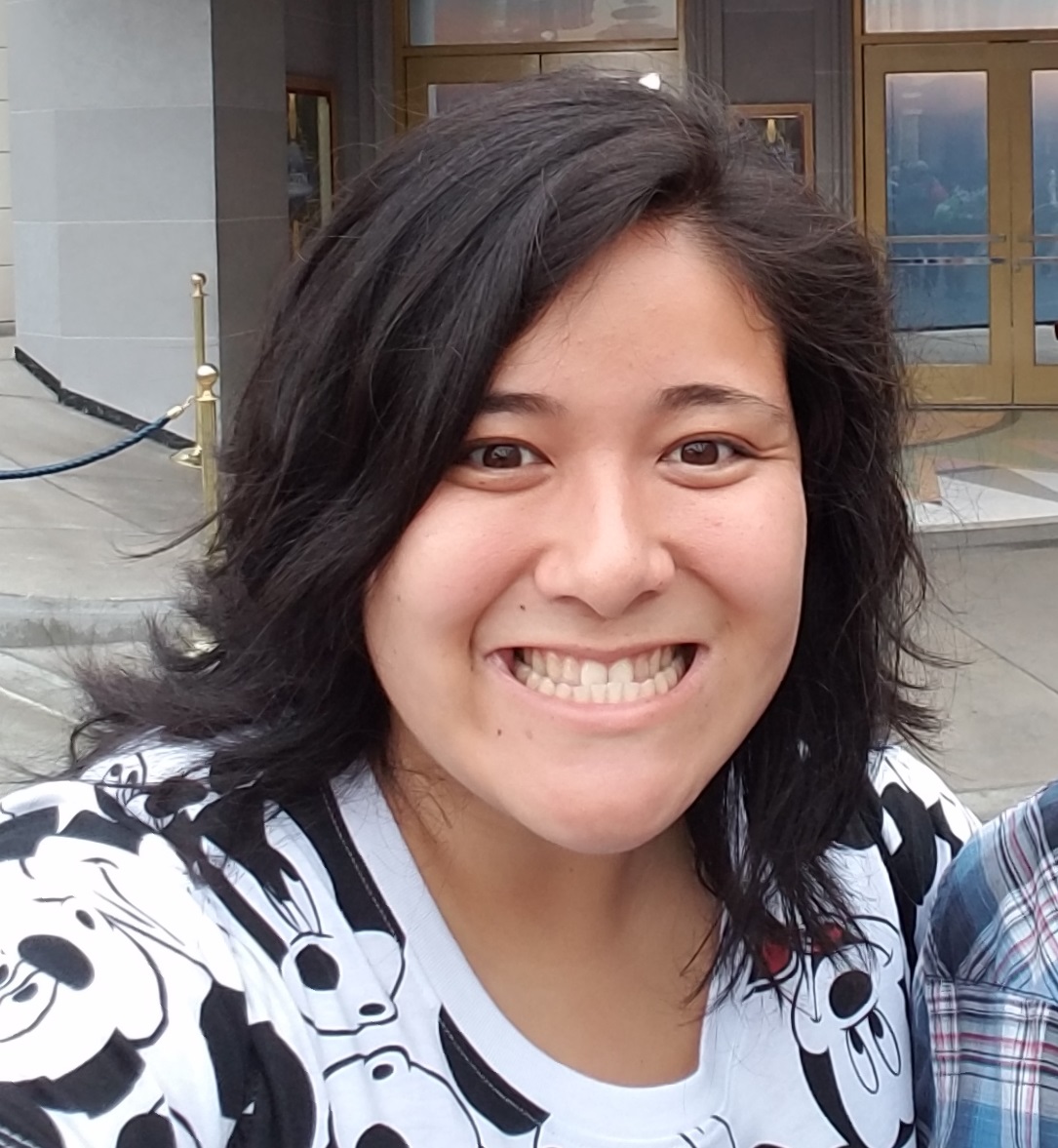 Elizabeth Geli is an assistant editor for Muse Media LLC and a journalist/communications professional in Southern California. She played flute in marching bands for 17 years, had a short stint as a jazz band alto saxophone player, and is currently attempting to learn hand bells. She holds a bachelor’s degree in Print Journalism and master’s degree in Specialized Journalism (The Arts) from the University of Southern California, where she served as a senior graduate teaching assistant for the Trojan Marching Band.