A Story of Healing

I talk a lot here about the power of music. But the power of hard work and perseverance is equally potent, and the two combined can make for an almost unstoppable force.

Take my friend Ray Levier. After being severely burned in an unfortunate childhood accident, he faced the loss of several of his fingers and some of his motor skills. But he was determined to not let that affect his future and what he loved doing most: drumming, creating and making music. 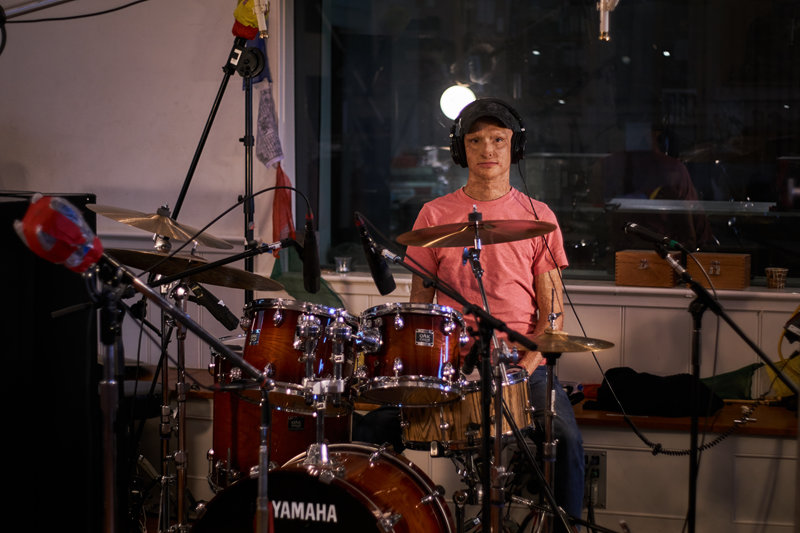 His is a story of not just surviving but thriving. Beyond Ray’s musical prowess, he rides motorcycles, jumps out of airplanes and climbs mountains. He has a relentless zen-like focus and determination to constantly get better at his craft.

“To me, the power of music means healing,” Ray explains. “Music goes beyond where words go. In my travels, when you go to other countries, people may not know politics, but they know music and how it makes them feel good. I think music is a powerful expression of a human being that truly touches people in a deep way. It is what makes me, and those around me, feel good.”

When the accident happened, Ray had just started getting into the drums. “At first I was like, oh no,” he says, “but I also thought, there is no way I’m going to just let this slip away. [After the operation], I looked down and I said “I have hands, that’s all I care about.” If I can hold the sticks, I can do this.”

Levier has always credited his mom, who is an accredited energy healer, with helping him through the challenging times. “When I was lying there in the hospital, she told me to think healing thoughts,” he says. “She said think about what makes me feel good and I knew right away that drums were it. Drumming was something that I just couldn’t get out of my thoughts.”

And drum he did. But he also had to approach the instrument from a new angle. “I thought I could learn everything that a human can that has normal facility of their hands,” he recalls. “In my mind, there was no handicap; I just had to use different muscles and strategies. Most of the common drum techniques did not apply to me, because it was about finger touch and just letting the stick kind of bounce within the fingers. So that didn’t gravitate to me when I was learning. What I did was use hard work and perseverance instead.”

It’s that no-holds-barred attitude of having to succeed that has pushed many people to new levels, including Ray. Very simply, the more people told him what he couldn’t do, the more focused he got. And once he was on that path, there was no looking back.

During this single-minded pursuit, Levier found that even twelve hours of practice a day wasn’t enough, because he started to see the larger scope of what was possible, deciding to use the great drummers of all time as motivation to succeed. “I looked at guys like Buddy Rich and felt I could aspire to his chops and ability,” he explains. “I thought of it as shooting for the stars and if I hit the mountain, that would be completely acceptable.”

None of this was easy. “It was about showing up and getting your hands dirty,” he says. “You have to push through that feeling inside of you that says this sucks here. So you punch through the touch practice sessions and you massage it and polish it and then you sometimes break through and discover, whoa, there is a diamond underneath all this crap. Then you start to see the benefits of what you’ve been pouring your blood, sweat and tears into. Overall, the more frustrated I get at something, the more laser focused I get to overcome it.” 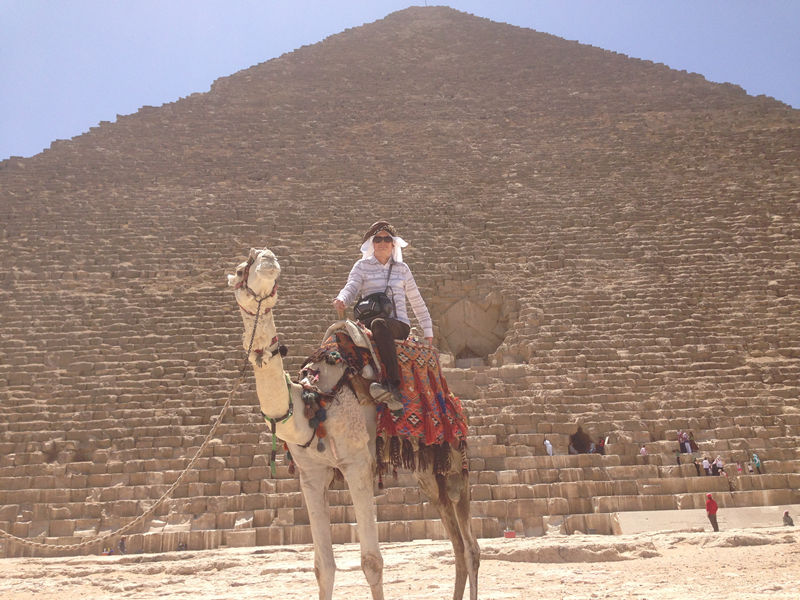 These concentrated efforts and endless practice sessions paid off. Ray today travels the world playing drums for a variety of artists, including KJ Denhert, who he’s worked with for over 20 years. “I’ve been to Egypt [with KJ] and got to go up to King Kofah’s chamber in the top of the pyramids,” he says with wonder. “Words can’t describe that. The epiphany hit me that I was getting paid to be in this amazing place to play for people that don’t speak our language and most of them don’t even know the style we play. But it didn’t matter, because they know it moves them.”

A similar thing happened when the band traveled to Nepal and played the Kathmandu Jazz Festival. “We were having lunch on the top of this building and the waiter points and says, “That’s the tip of Mount Everest. You rarely get to see this.” It was an amazing experience.” Music has also allowed Ray to perform for audiences from Alaska to Italy, as well as St. Barths and St. John in the US Virgin Islands.

My friend Ray Levier has played on countless TV tracks, released several of his own records, and is currently working on another project that includes the likes of guitarist Mike Stern and bassist Will Lee. A deeply introspective soul, he has a unique outlook that likens life to a pinball game. “If you can keep that ball up and don’t let it fall down the gutter you’re going to hit things,” he explains. “You’re going to score and you’ll gain points in your life. It’s not always easy. It’s hard to keep things juggling and always moving. But whatever your big dreams and lofty goals are, you have to go for them, because we only have a limited amount of time here.”

“I feel super blessed to do what I do as a musician, to see the world, play music and bring joy and happiness to others,” Ray says. And we in turn are blessed to have people like Ray Levier show us the way.

Check out Rich’s other postings.