Welcome to a new feature here on the Yamaha Music blog! As an author and music journalist, I’ve been fortunate to meet and interview many well-known industry insiders through the years. Now that I’m the blog’s editor, I’d like to share some of the insights I’ve learned from them. Each month, I’ll be focusing in on a different aspect of music-making, from the fundamentals to the far-ranging — and from the obvious to the obscure.

Bet you’ve never heard that word before. Neither had I, not until I met legendary Beatles engineer Geoff Emerick — the man who recorded Revolver, Sgt. Pepper, Abbey Road and many other seminal tracks for the band that launched a musical revolution back in the ’60s.

“You know, I hear in color,” Geoff casually remarked as we chatted in his sun-drenched living room that bright winter afternoon.

“Are you joking?” was my incredulous response.

Well, no, he wasn’t. I spent the next half hour listening to Geoff’s vivid description of how the sound of different instruments conjures up all sorts of colorful images in his mind, leading him to the conclusion that the craft of audio mixing is not all that different from the way an artist paints.

A few years later, in a 2002 interview for MIX magazine, Geoff explained the phenomenon this way: “I use what I’m given by the studio like a palette of paints … I hear visually. I hear certain sounds in different colors. It’s really an art form to me.” Asked by the interviewer whether he usually had a sound in his head that he was aiming to achieve when he was recording the Fab Four, he said, “No, I just built the picture from the textures and colors of what the other instruments were doing — what Ringo was playing on the drums, or the way the guitar or keyboard sounded, trying to get something from that.”

In 2006, Geoff’s memoir Here, There, and Everywhere was published (with yours truly as co-author), and in the book, he elaborated on the subject further still. “I’d always viewed making records as painting pictures,” Geoff wrote, “with the sounds of musical instruments as my palette. I think of microphones as lenses and the different frequency areas seem like colors to me: high-pitched strings as a silver shimmer, mid-range brass as golden, the low tones of a bass as dark blue. That’s actually the way I hear things.” 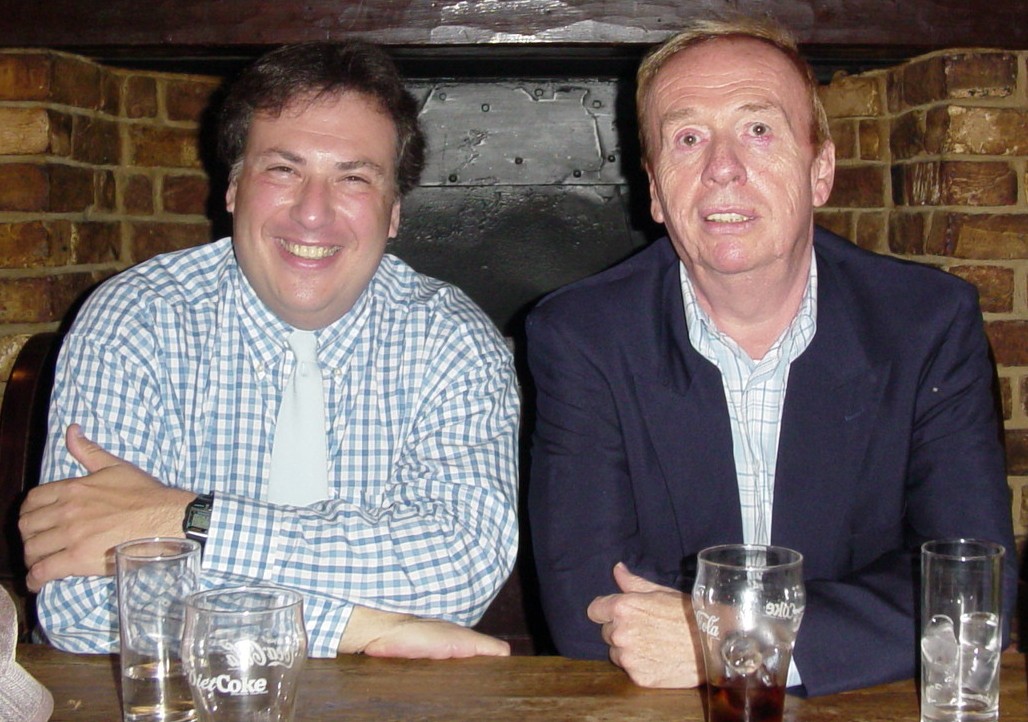 The author and Geoff Emerick enjoying a libation in a London pub. Not sure why I’m smiling and he isn’t.

What Geoff was describing is actually a neurological phenomenon called — you guessed it —  synesthesia. It’s a well-documented condition in which, as a posting on the University of Washington website puts it, “one sense (for example, hearing) is simultaneously perceived as if by one or more additional senses such as sight. Another form of synesthesia joins objects such as letters, shapes, numbers or people’s names with a sensory perception such as smell, color or flavor.”

What’s even more fascinating to me is that Geoff isn’t the only recording engineer or record producer who has told me that they hear music in living color. The late, great Phil Ramone reported something very similar, as have several other sonic alchemists I’ve interviewed over the years. Given that only an estimated 1 in 100,000 people experience this — and especially given that most are women (and we all know how way too few women work in recording studios!) — that’s an entirely disproportionate representation among audio professionals.

What does this prove? Perhaps it’s an indication that people with this condition tend to gravitate to careers that allow them to express their creativity. (Other well-known synesthetes include Mary J. Blige, Franz Liszt and poet Arthur Rimbaud.) Or maybe it’s just sheer coincidence.

Either way, I do know this: If you ever find yourself listening to a piece of music and colors start to swirl around inside your head, you’re in good company.

Recording Basics: The History of the DAW
Anatomy of Chimes