Welcome to the first of a series of blog postings from Gabriel Aldort dedicated to strengthening your understanding of Genos, our flagship Digital Workstation keyboard.

To understand how it works, we must first understand what Style playing is. The “Styles” in Genos are a mixture of accompaniment and rhythmic backing patterns from a variety of different musical genres (i.e. pop, jazz, country, etc.). The Genos Style Engine analyzes your fingering of chords in a designated keyboard range (usually, but not limited to the left hand) to generate backing tracks that recreate the sound of a full band or orchestra. So if you play a C Major triad, for example, the band plays in C; switch to an F Major triad and the band plays in F.

Let’s start by working with a Pop Style called Songwriter Ballad. To select this style, you can either use the touch screen or the physical STYLE Button to enter the Style section: 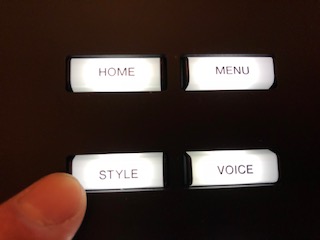 Next, select the “Songwriter Ballad” Style, then hit the EXIT button: 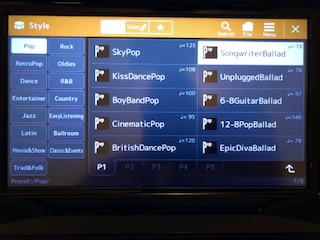 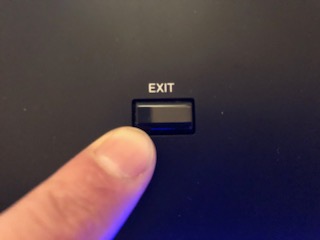 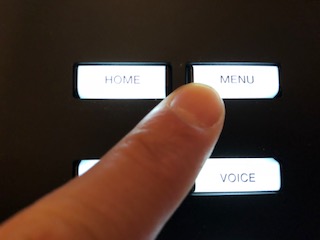 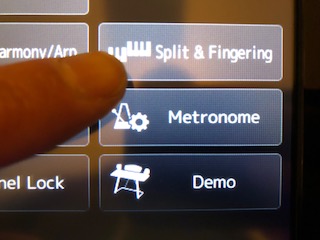 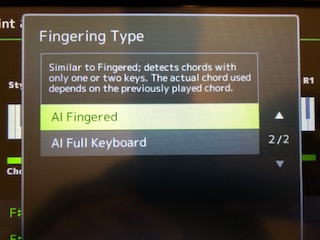 Important: Note where the split point is, as this will determine where Genos will track the chords you play in the left hand. If necessary, the range can be easily changed in this screen: 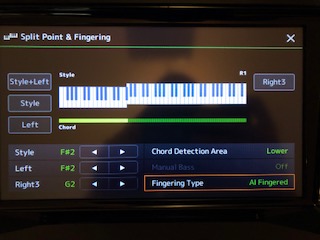 When you’re satisfied with the split point, press the EXIT button twice to return to the Main Display.

The last step before we start playing is to make sure the ACMP (Auto-Accompaniment) button is lit. (It’s located just above and to the right of the joystick.) This is important because if the button is not lit, you will only hear the Drums and Percussion of a Style and no chord tracking will take place: 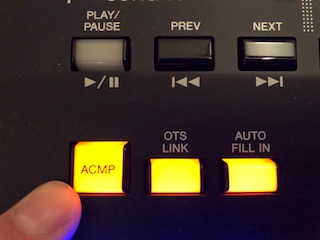 Now start the Style playing back by pressing the Style START/STOP button (the button on the far right of the Style Control Section): 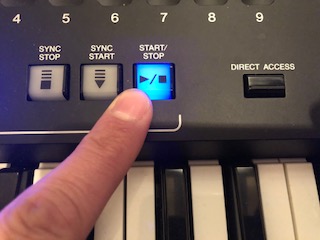 One of the coolest features of AI Fingered mode is the ability to play simple three-note triad chords using only two fingers; it also lets you play more complex jazz chords using only three fingers. For example, just playing C and E results in a C Major chord: 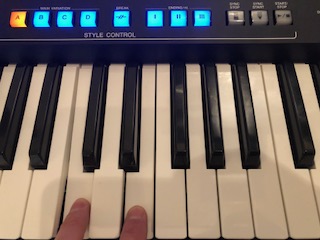 Or you can play the full C Major triad of C, E, G: 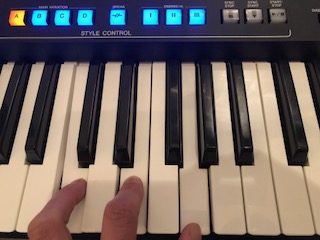 The right side of the Style field in the Main Display will always show you in real time what chords are being generated: 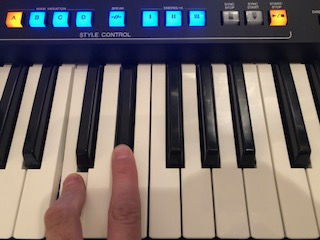 Now this is where things get interesting and a little deeper. If I want to play a C Major 7 chord, instead of using four fingers, (as I would on a piano), I can play it with only two. Play C and the B above it and you’ll hear the band is now playing C Major 7. (This can also be seen in the Style field as well.) 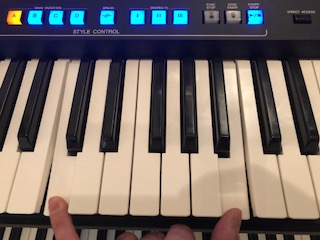 How about a bluesy chord like a C7? Once again, this is a four note chord when played on a piano, but on the Genos it can be played with only two fingers — C and B♭: 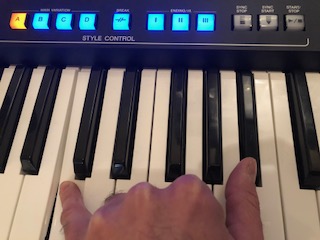 Let’s go even deeper and play a C7 9 Chord. The chord tracking within AI Fingered mode is so advanced, you don’t even have to play the root of this chord for it to be recognized — just as a pianist playing with a bass player would do. So if you play E, B♭ and D (essentially the 3rd, 7th and the 9th), the accompaniment is playing a C7 9 chord: 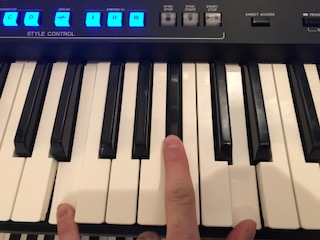 To play a Cm7 9, simply hold down B♭, D and E♭, and presto, you’ll hear this juicy and delicious jazz chord: 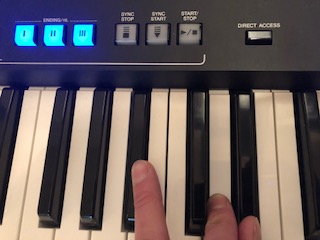 The last chord we’ll demonstrate is what’s affectionately referred to as a “slash” (or compound) chord. This is a chord with its bass note (inversion) indicated by the addition of a slash and the letter of the bass note after the root note letter. To change any chord to a “slash”/ compound chord in AI Fingered mode, simply play the note a whole step below the root. For example, to play a C/Bb chord, simply hold down the root (C) and play the Bb a whole step below it: 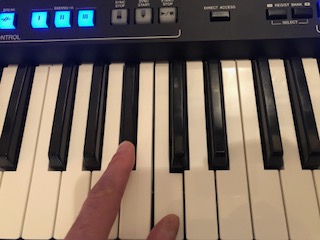 This is shown in the Style Field as follows:

Keep in mind that all the chords demonstrated here in the key of C can be easily recreated in any key. The notes may change, but the formula always stays the same.

As always, the key to deepening your understanding of AI Fingered mode is to simply experiment: Play different two- or three-note combinations and listen to the chords that result. Have fun!

Check out Gabriel Aldort’s “How to Do MIDI Recording with Genos” article. 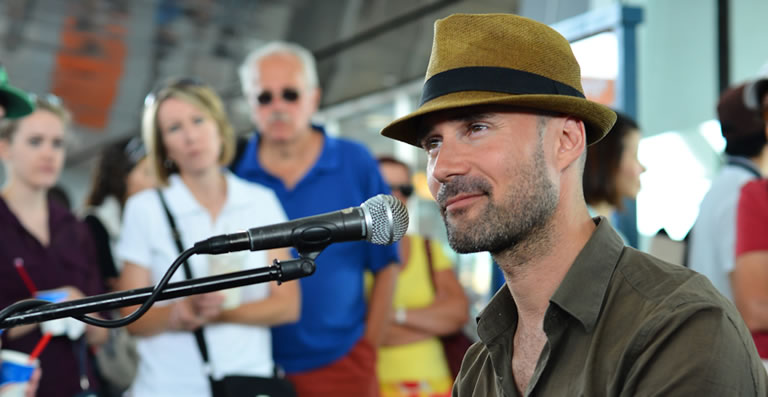 Currently residing in Manhattan, Gabriel Aldort began his musical journey in Topanga, California - at the age of 6 - sitting alongside his Dad at the piano. Growing up, he was influenced by a number of styles and artists, ranging from Stevie Wonder and Ray Charles to Billy Joel and Elton John. As a New York City-sponsored subway musician, Gabriel can be found performing regularly throughout the subway system as part of Music Under New York. Today, he continues to juggle a schedule of musical diversity, including scoring, teaching and performing all manner of events.

The Evolution of the Drum Pedal
Thunderbolt 2: The Ins and Outs