Thirty-five years ago, Yamaha started the production of a new instrument — the five-octave marimba. This was the culmination of a 16-year partnership between the company and Keiko Abe, today considered the Grand Dame of the marimba. 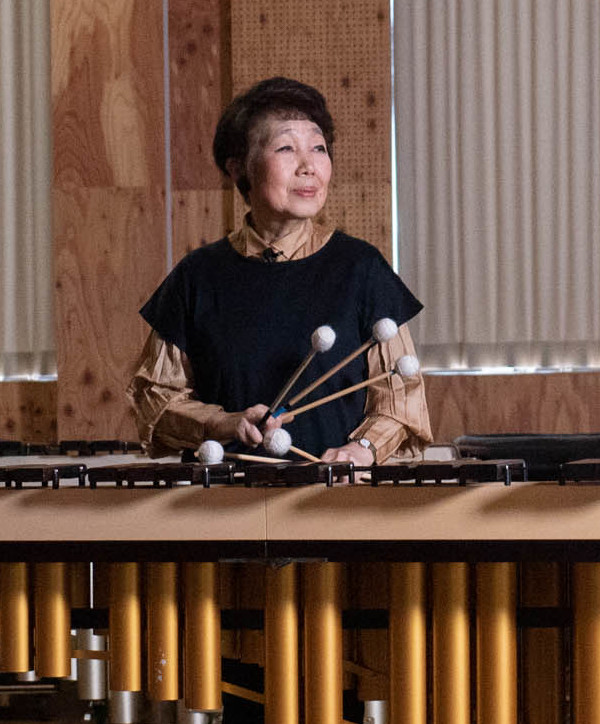 In the early 1960s, Abe was a young rising star in the vibrant musical life of Tokyo. After proving herself at her first studio job, she quickly became a first-call marimbist due to her sight-reading and ability to improvise on the spot. She met and worked with many of Japan’s most talented composers in film and audio recording studios, live TV studios and orchestral performances.

Abe also became famous as a pop music artist, recording 11 albums, both as a featured soloist and as the leader of the Xebec Marimba Trio. Not only did she appear on numerous TV variety shows, she had her own show teaching marimba. Abe was interested in serious classical music, but there were only a handful of compositions written for the marimba at that time. She began commissioning composers she knew from her studio work, and in 1968, presented the first full-length concert written specifically for the marimba. This singular concert was an important event for the marimba world and marks the beginning of the modern concert marimba that we know today.

The instrument Keiko Abe used to perform this groundbreaking repertoire was a state-of-the-art, 4.3-octave marimba (lowest pitch A, a tenth below middle C). However, after the concert, two of the composers told Abe that they felt the sound of her marimba was not adequate to express their musical ideas.

Abe then decided to ask Mr. Genichi Kawakami, president of Yamaha at the time, to develop a new marimba for her. She requested that it be 5 octaves in range (with lowest C two octaves below middle C), with a big bass sound, a warm middle range, and a bright, clear and powerful tonality in the top octaves. Yamaha engineers would work with Abe over a sixteen-year period to develop this new musical instrument — one that would transcend the limitations of earlier instruments and create an entirely new world of musical possibilities.

Yamaha began the task by building a 4.3-octave marimba based on Abe’s recommendations. By the early 1970s, they had expanded the lengths of the bars and the range into a 4.5-octave instrument (lowest pitch F a twelfth below middle C), and Abe began using this instrument for performances and on her 1970s recordings with the Tokyo Quintet. It had a very bright sound and a wider dynamic range than the 4.3-octave model, perfect for contemporary chamber music.

Nonetheless, Yamaha engineers continued their R&D efforts to design the five low bars and resonators to get the lowest pitches of the 5-octave range — something that was especially challenging due to the acoustics and physics of these frequencies. They built a prototype extension with these five bars placed at the the low end of the existing 4.5-octave marimba, and that was the instrument Abe used on tour in 1981, including performances at the Percussion Arts Society International Convention (PASIC) ’81 in Indianapolis and at a number of colleges throughout the U.S.

However, Abe was still not completely satisfied with the sound; she was seeking a warmer tone. Yamaha engineers continued to work with her on various harmonic tuning strategies, bar lengths and bar widths, refining the sound until the world’s first 5-octave concert marimba — the Yamaha YM-6000 — was finished. In honor of this new instrument, Abe commissioned Minoru Miki to create “Marimba Spiritual” as the first composition written for a 5-octave concert marimba. Both instrument and composition were premiered in the spring of 1984 in Amsterdam and again in the fall at PASIC in Ann Arbor, Michigan — with enthusiastic acclaim from the audience on both occasions. Production and sale of the instrument began in 1985. 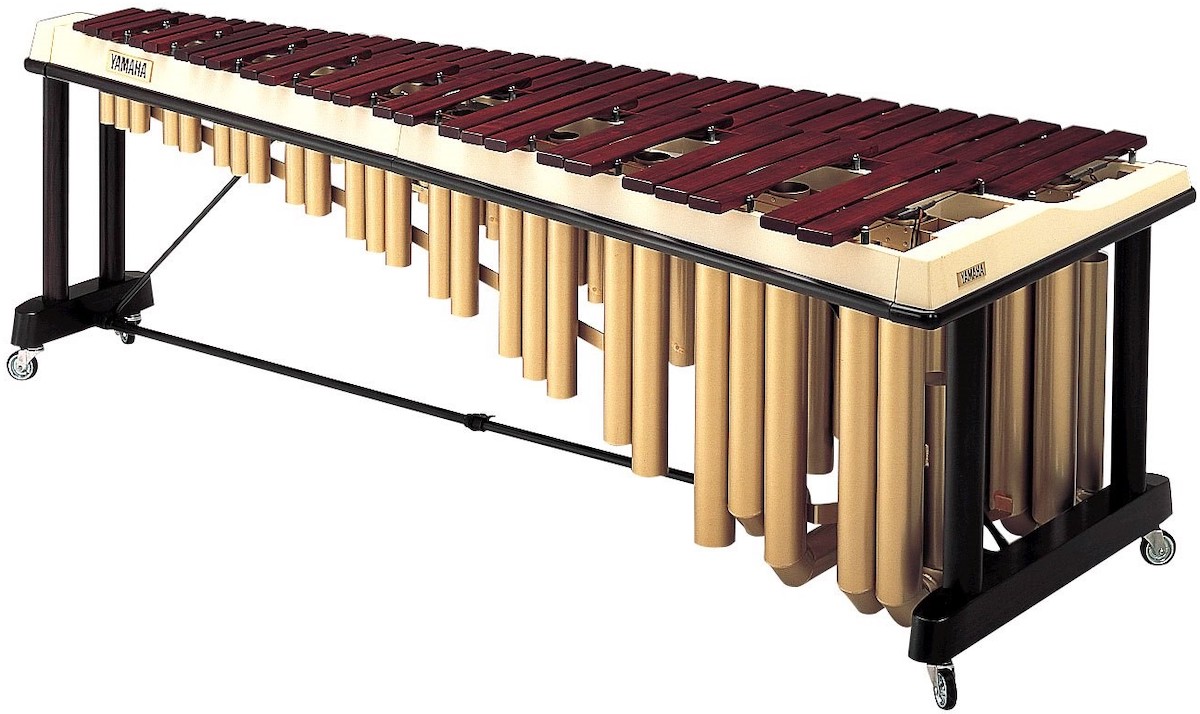 Abe was so inspired by the sound of her new marimba that she began composing and recording her own music. Her first solo album of her own compositions, entitled “Marimba Fantasy,” was released in 1986. She has continued to compose, tour internationally and teach master classes at academies all over the world. The beauty of her music and performances has inspired thousands of musicians to choose the marimba as their preferred instrument.

Today, 35 years later, we can see the results of this innovation that Yamaha brought into existence. Not only has there been a surge of musicians choosing to play the marimba, along with a huge increase in repertoire, the 5-octave marimba has become the standard instrument for serious study and performance. The current Yamaha YM-6100 5 Octave Artist Model Rosewood Marimba was also designed in partnership with Keiko Abe, and reflects that lasting legacy. 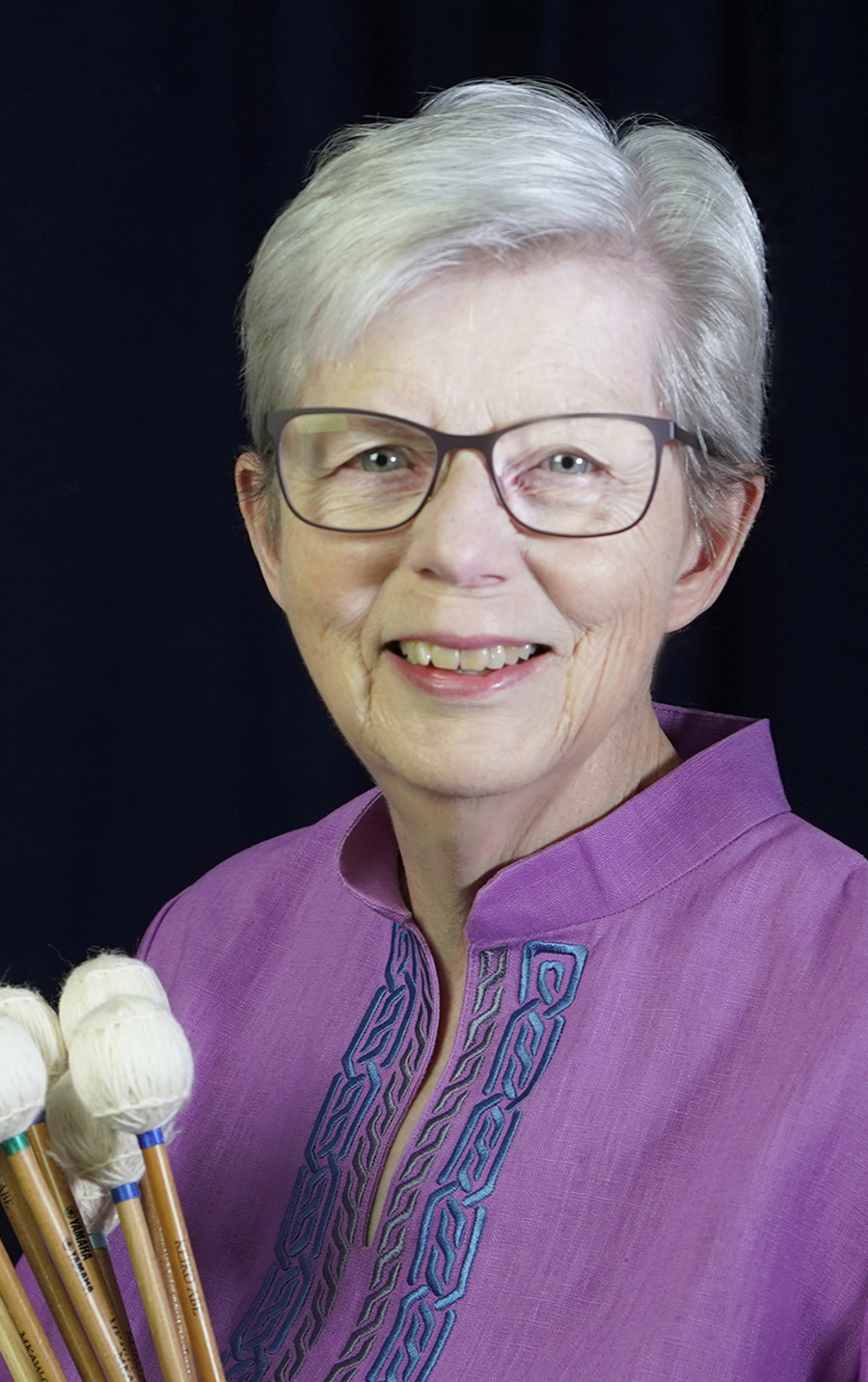 Rebecca Kite is a Yamaha Performing Artist. During her 50-year career, she has worked as a drummer, symphonic timpanist, musical instrument designer, teacher, writer and marimba soloist. She is passionate about connecting with people through music – connecting with her students and connecting with her audience. Her work can be heard on her solo marimba albums “Across Time” and “Prism,” and seen in her method books “Reading Mallet Percussion Music” and “Anthology of Lute and Guitar Music for Marimba.” Kite also researched and wrote a biography of Keiko Abe entitled “Keiko Abe – A Virtuosic Life: Her Musical Career and the Evolution of the Concert Marimba.” Her books and recordings are available online worldwide.

The Calvo Report: The Art of Looping
The Power of Music: Cool Songs for a Hot Summer