Despite having no prior strings experience, an orchestra director has taken a program at a Las Vegas middle school to major achievements.

When Kathryn Greene began teaching orchestra at James Cashman Middle School in Las Vegas in 2006, she may have been in over her head.

Not only was Greene yet another teacher in a revolving door of instructors who had tried to succeed in the position, but she had a secret that she didn’t tell her students during her first year: She had no actual experience teaching orchestra or performing on string instruments.

“I don’t play at all — I took violin for a few weeks when I was 4, and that was it,” Greene says. “My experience was with band.”

In 2016, the chamber orchestra performed at the prestigious Midwest Clinic International Band and Orchestra Conference in Chicago. And in March 2019, the ensemble will perform at the American String Teachers Association (ASTA) National Conference in Albuquerque, New Mexico.

“Her work ethic, expectations, work with colleagues and ability to reach students — many of whom are in challenging situations — is second to none,” says Dr. Richard McEnaney, coordinator of secondary music, dance and theater for Nevada’s Clark County School District. “Her program is a reflection of her dedication, love and plain old hard work, both from her and her students.” 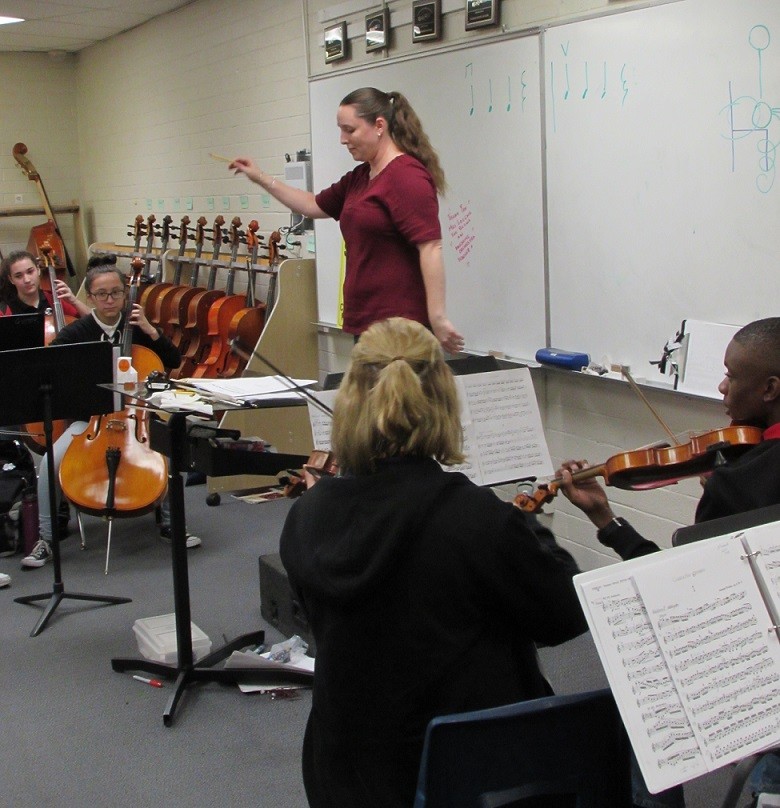 When she took the position, two of Greene’s earliest priorities were stabilizing her budget and increasing her inventory. Most Cashman families couldn’t afford instrument rentals, so students relied on the orchestra department’s inventory of violins, violas, cellos and basses. Today, most students get their own instruments, but that wasn’t always the case.

“When I came, we were using the same violin five periods a day,” Greene says. “You can’t expect kids to practice if you don’t have an inventory. And you can’t build an inventory without money.”

All funds for Cashman’s orchestra come from a $25-per-student annual course fee plus fundraisers.

“We squeeze the pennies out of every­thing,” Greene says. “I got a bass that another school was going to throw out. I asked the repair guy how much it would cost to make this playable, and he repaired it for $150.”

In 2017, Cashman Middle School received grants toward the purchase of wind and string instruments as well as pianos and keyboards from the VH1 Save the Music Foundation and Toyota as part of a charitable campaign.

At previous band jobs, Greene had observed orchestra classes, but those experiences didn’t fully prepare her to teach her students at Cashman. She took some private lessons to familiarize herself with string instruments and relied upon other skills she’d used as a band instructor.

Having her administration’s support has been crucial for Greene’s success. “You can’t have a great program without support,” Greene says. “I needed my schedule built in a certain way, so I could have the right kids at the right level. If it’s between my class or a math class, the priority will be given to math. To keep from losing students to scheduling conflicts, I needed my master schedule changed, which required administrative support.” 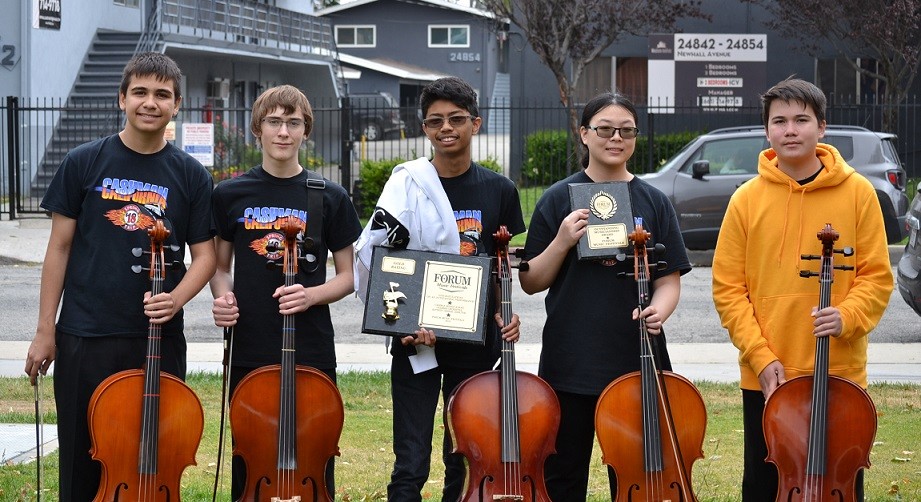 Greene constantly recruits students with a strong work ethic. “You can be the best teacher in the world, but you have to get the right students,” she says. “That’s why I look for students who have the right skills to succeed — skills like listening and being organized. I need students who are built for the work, and they’re not necessarily the straight-A kids.”

Each year, Greene handpicks her most promising beginning students and asks them to join the advanced beginning orchestra during the second semester, which meets after school. This orchestra has performed at the ASTA Nevada chapter’s annual music festival for the past five years.

“Every time I’ve taken the advanced beginners, I score a first place because the kids know how to really work,” Greene says.

By the time they make chamber orchestra, Greene’s students are accustomed to practicing consistently and staying after school.

Music students do better when they receive private lessons, but most families at Cashman can’t afford them on their own. Thankfully, the Cashman Family Foundation stepped in to provide $10,000 in scholarship funds for students who take lessons through the Nevada School of the Arts.

“The vast majority of our kids who went to Midwest had private lessons,” Greene says. “My parents can’t drive my kids, so we have the private teachers come to the school.”

During the 2016-2017 school year, Cash­man’s chamber orchestra was one of only three middle schools nationwide that performed at the Midwest Clinic. “Performing at Midwest is like the pinnacle of every music teacher’s career,” Greene says. “It took me 10 years to get the program to that level.”

The students were committed to the performance and devoted months of their time to get everything right. “They gave up their summer vacation,” Greene says. “They played four hours every day. We had just graduated a large 8th grade class, so we had to get the younger kids up to the level.”

The 2016 trip to Chicago was a once-in-a-lifetime experience for the students and parent chaperones. “I had kids who had never flown before, kids who had never been out of Las Vegas before,” Greene says. “It definitely was something that they will never forget.”

In March 2019, Cashman’s chamber orchestra will be one of seven middle schools performing at ASTA. Until then, chamber orchestra students will play at school twice a day to prepare for the event. And the students and parents couldn’t be happier.