World-renowned percussionist Pablo Rieppi decided to teach himself to play drums as a junior in high school.

Little did he know that a year later, he would decide to pursue music professionally when the rock band he formed with his friends won a local battle-of-the-bands competition. Starting on a chosen instrument at a later age than typical musicians, Rieppi faced many hurdles in the pursuit of his passion. But he eventually succeeded due to his resilience and dedication.

Throughout his career, Rieppi’s grit helped him push past obstacles that arose instead of stalling in his tracks. The first challenge came during his college audition for George Mason University in Fairfax, Virginia, when a panel of college professors asked Rieppi to play the marimba. “I asked, ‘Which one’s the marimba?’ They looked at me like, ‘Who … is this guy?'” Rieppi recalls. “I said, ‘I can just jam on the snare drum.’ So I did that.”

Yamaha Master Educator Anthony Maiello was one of the professors on the panel. He told Rieppi to take some lessons, then come back and audition again. Rather than taking this feedback as a rejection, Rieppi accepted the constructive criticism.

“I said, ‘Sure! I’ll take lessons!'” Rieppi says. “Being naïve was my anesthesia. It prevented me from feeling a lot of bumps and bruises because I figured everything would be fine.”

He took private lessons with Ken Harbison of the National Symphony Orchestra and was later accepted at George Mason.

Now the percussion department coordinator and faculty member with the Pre-College Division at The Juilliard School in New York, a member of the New York City Ballet Orchestra and a regular guest with the New York Philharmonic, Rieppi emphasizes the values of ambition and commitment.

Feeding the Mind and Body 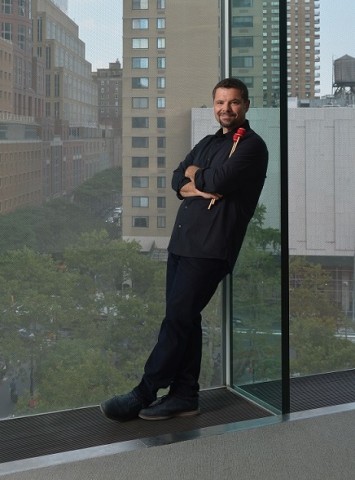 With a bottomless hunger for musical knowledge, Rieppi began devouring the wisdom of his professors during his undergraduate years and while working on his master’s at Juilliard.

Maiello grew to be one of his greatest mentors. “He is responsible for forming my standards when I was a student,” Rieppi says. “He’s the kind of person who teaches and leads by example. If he says that you should work hard every day to develop your ears, it’s because he places a score on the treadmill and sight sings while he works out every morning.”

When Rieppi holds his own students to a high standard of excellence, he thinks of Maiello’s influence. “I realize I am transmitting many of the standards I learned from Mr. Maiello,” he says.

Rieppi also recalls the tutelage he received under Elden “Buster” Bailey, the retired percussionist of the New York Philharmonic, who passed away in 2004. Because it was Bailey’s final year of teaching at Juilliard, Rieppi was committed to squeezing as much knowledge out of him as he could.

Rieppi’s lesson with Bailey followed his lunch, so Rieppi would start warming up during the lunch hour; that way, he was able to get more advice from Bailey outside of the scheduled lesson. “I really had a two-hour lesson instead of one,” Rieppi says. “It was just an amazing year.”

Around the same time in his life, Rieppi attended a class about the Alexander Technique, which taught him to develop strong posture and body techniques that he incorporated into his percussion playing. “Both Buster and the Alexander Technique showed me how to use my body, my back, my fingers, everything — how to play better using rebound,” he says.

As an educator, Rieppi tells his students to use posture and movement in their percussion performance. “A lot of times, I’ll look at their fingers or their hands or the way they’re holding their sticks, and they’re like, ‘Why is this a big deal?'” he says. “I’ll go into an explanation [of] my days with Buster and how the body and physics help us be better musicians.”

When teaching, Rieppi makes sure students have a complete understanding of why they should do something, not just what they should do.

“I give them a long-winded explanation, and they understand,” he says. “It’s not just something they’re going to forget after a lesson. They’re going to think about using [their] back, using different muscles, how gravity helps the stick come down easily by itself, how you can recycle your strokes to play more efficiently.”

Rieppi’s thorough explanations help him gain trust with his students. “I tell [them], ‘If I ask you to do something, you don’t have to do it unless I have a really good reason.'”

Not only do Rieppi’s clear explanations help students retain and internalize new skills, but they also help him tailor his teaching, taking into account each student’s back­ground and experiences. “My job as a teacher is to understand where the student is coming from, [to] find an individual way to address what they need, so it doesn’t become a formula,” he says. “If you took two actors and gave them the same script, it’s going to sound totally different. Music is the same.”

Rieppi recommends taking students’ differences into account rather than ignoring them. “You can take what they’ve learned [in the past] and adjust it, so that going forward, you can have a much broader base,” Rieppi says. “I’ve written books. I have all these worksheets. But at the end of the day, each worksheet has to be individualistic.” 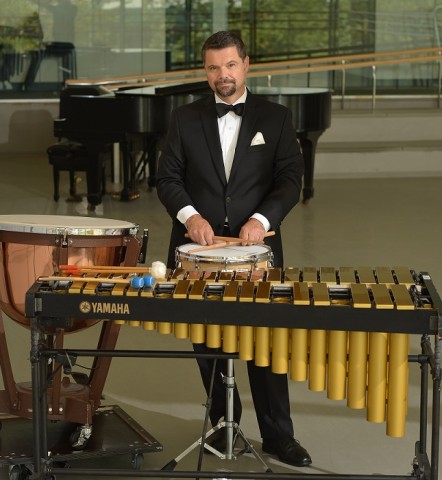 Regardless of a student’s level of expertise, practice always needs to be the number one priority. Early in his college education, Rieppi developed an incredibly strong work ethic and a passion for the art of practicing itself. “I just practiced, ate and went to the bathroom,” he says. “Every free hour, I practiced.”

While at George Mason, Rieppi would become frustrated when the music building closed its doors around 10 p.m. “I wanted to practice even later,” he says.

He asked the director of the music department to keep the building open later; his request was denied. He then asked multiple teachers if they could find a solution for him. Rieppi was ultimately given 24-hour access to the building.

While Rieppi exemplifies the importance of making school and practicing a priority, he warns students that school shouldn’t be their top priority forever. “School is just the beginning,” he says. “A lot of students see [their] master’s degree as the final step into the professional world. It’s really the first steppingstone.”

Throughout the journey, Rieppi also made family a priority. “My parents bought my first Yamaha marimba and were very supportive of my dream to be a musician,” Rieppi says. “My wife and kids are the most important things in my life. I love them, and I need them. I’m blessed to have both [music and family].”

His son, a rising percussionist, has allowed him to bring the worlds of music and family together. “I play with him, but I’m not his actual teacher,” Rieppi says. “I’m his dad first. I got him his own percussion teacher. I’m not going to sit down with my son every week and say, ‘You [need to] practice more!’ We jam together. We just have fun with music.”

For Rieppi, having fun with music was what inspired him to pursue percussion in the first place. “To me, music is like a vital organ; it has taught me almost everything, and I have to have it,” he says.

That passion for music is essential to the often-tumultuous journey to securing a paying job in music. “There are some guys who take 36 auditions before they get the job,” he says. “It’s a huge investment from your soul, your time and your wallet. To keep up that investment, [so] that someday it might pay off, that’s grit. … It takes a while …[but] being able to make a living and being happy with what you’re doing [is] my definition of success.”

This article originally appeared in the 2018 V3 issue of Yamaha SupportED. To see more back issues, find out about Yamaha resources for music educators, or sign up to be notified when the next issue is available, click here.