The Different Types of Practice

Before piano teachers can help students learn to practice efficiently, they must understand the various types of practice.

In order to make progress on any musical instrument, or frankly to improve at any skill, a combination of discipline, hours of concentrated work and an effective set of practice strategies is required. All too often, students fail to make progress in their music studies due to a lack of utilizing productive practice habits.

Before we can discuss how teachers can help students learn to practice efficiently, it is necessary to first understand the various types of practice.

Dr. K. Anders Ericsson (1947–2020), a Swedish-born psychologist and professor of psychology, was world-renowned for his research in the field of peak performance and expertise. In an article with Robert Pool, “Not All Practice Makes Perfect: Moving from naive to purposeful practice can dramatically increase performance,” Ericsson makes a distinction between two kinds of practice, as follows:

According to the authors: “This is a fundamental truth about any sort of practice: If you never push yourself beyond your comfort zone, you will never improve. The amateur pianist who took half a dozen years of lessons when he was a teenager but who for the past 30 years has been playing the same set of songs in exactly the same way over and over again may have accumulated 10,000 hours of ‘practice’ during that time, but he is no better at playing the piano than he was 30 years ago. Indeed, he’s probably gotten worse.” The article referenced above contains excerpts from their book, “Peak: Secrets from the New Science of Expertise,” in which Ericsson and Pool provide greater detail about each kind of practice and make a distinction between deliberate and other kinds of purposeful practice. They describe deliberate practice as a highly focused kind of purposeful practice that is essential for developing the highest level of expertise or command in a specific field, including mastering a musical instrument.

This kind of practice entails strategies and activities in which students must constantly challenge themselves during practice sessions in order to improve. It also requires a high degree of already acquired competence in the specific skill area, and an expert teacher or coach who is able to assign specific practice tasks and strategies to the student who seeks to become an expert. To this point, the teacher must be familiar and have prior experience in training others to the desired expert skill level.

Ericsson and Pool also believe that the solution to making progress and improving is generally not about trying ever harder but rather about doing something different instead — what is referred to as varied practice, which is also called variable practice.

Gerald Klickstein, a guitarist and author of “The Musician’s Way: A Guide to Practice, Performance, and Wellness,” defines varied practice as encompassing a practice technique that sees musicians “working on a musical passage from diverse angles.” He further asserts that “the key is to mix up our practice approaches so that we cultivate easeful control as well as broad awareness of the music and our execution.”

Long before I knew about any scholarly research in the area of practice, I found that changing up my practice strategy or procedure, or what I call implementing “repetition with variety,” benefitted my progress at the piano tremendously. In fact, this notion of varying the procedure during practice has been so effective in helping me improve that it is one of the core tenants of my philosophy on practice. It is therefore a principle I like to share with my students early on. In my article, “12 Practice Tips, Suggestions and Strategies,” I provide more detail about this.

Blocked and Interleaved Practice and More

Dr. Barbara Fast is director of piano pedagogy at The University of Oklahoma and an expert in the field of music practice research. Like Ericsson and Klickstein, her research has shown the importance of changing things up during practice in order to improve and develop music proficiency. In the article, “Change It Up!: Interleaved Practice – What It Is, Why It Works,” Fast makes a distinction between blocked and interleaved practice. 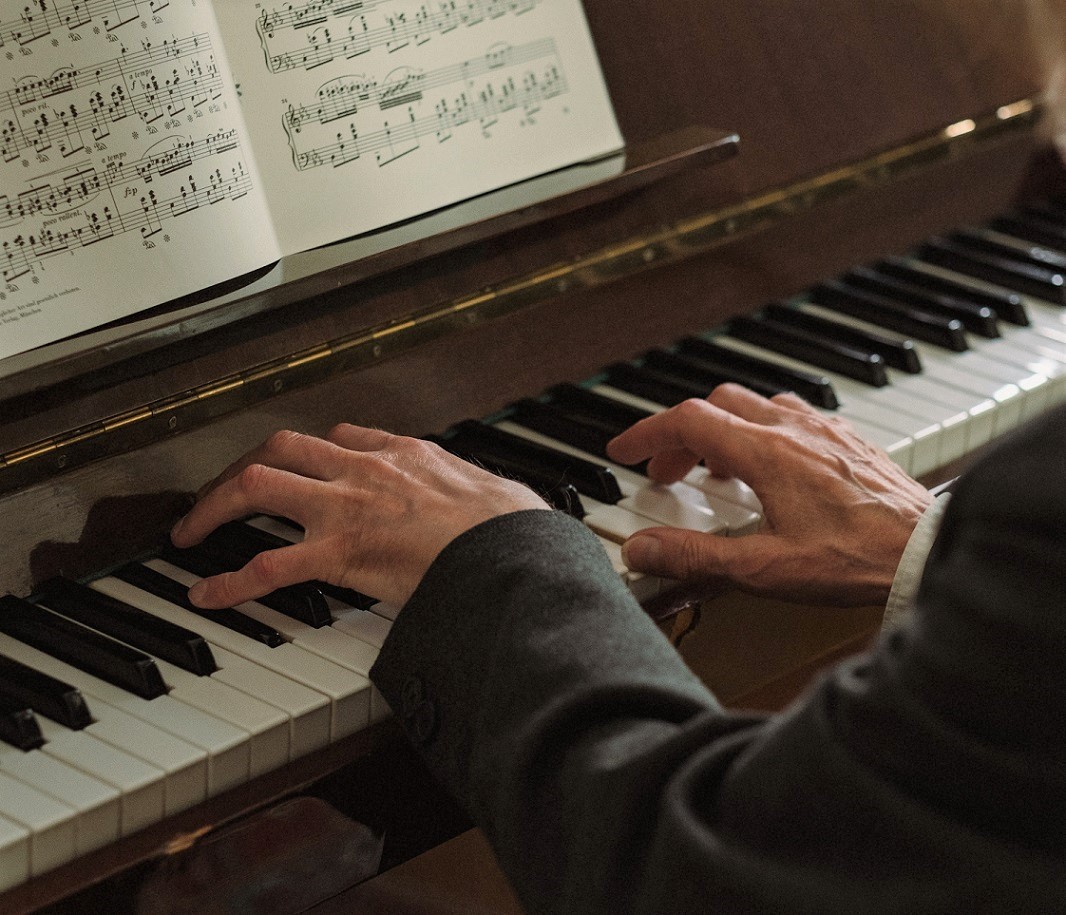 Two further types of practice bear mentioning here. Similar to blocked practice is massed practice in which one skill or task is practiced repeatedly but without rest or breaks. As such, massed is different to spaced practice. According to the article, “Student Practice: Spaced vs. Massed,” spaced practice “refers to conditions in which individuals are given rest intervals within the[ir] practice sessions.”

Dr. Bill Moore is a performance psychology consultant who has helped musicians, athletes and others overcome self-doubt and performance anxiety to achieve high levels of performance and expertise. In his book, “Playing Your Best When it Counts: Mental Skills for Musicians” (see pages 69-70), Moore describes his 80-20 rule as it relates to blocked and variable practice, and how to practice for a performance mindset versus practicing for skill acquisition. Moore states that early on in the process of learning a piece in which we are developing certain technical skills and refining musical details, a maximum of 80% of practice time should be spent utilizing blocked practice and a minimum of 20% spent on variable practice.

As the date of the performance nears and the repertoire has been thoroughly learned and memorized, the amount of time spent on the two kinds of practice should switch so that 80% is spent doing variable practice and 20% on blocked practice. Moore asserts that unlike athletes, many musicians simply do not practice performing enough (i.e., playing through their pieces in a performance setting) and that implementing more of this kind of practicing is vital for developing the needed confidence and mental skills to perform well under stress. Dr. Fast calls this kind of practice for performance in which we run through a program “the cold start.” It could be viewed as a type of massed practice in which students play through a recital program once or possibly more times in a single practice session without a break.

As such, we might work on a specific movement of a Beethoven piano sonata and first practice it under tempo in the morning using various strategies (varied practice), review the piece in the early afternoon and continue working on building up the tempo later on in the day (using further varied practice strategies). A benefit of distributed practice is that we can take breaks in our practice, rest and receive extrinsic or external feedback on the quality of our playing or practice from a teacher, coach or mentor.

In short, there is evidence that changing the sequence or organization of our practice sessions through interleaved or distributed practice — or the practice strategies themselves, utilizing varied or variable practice — enhances the quality of our practice and benefits our development and proficiency as musicians. A final type of practice is known as mental practice. This kind of practice is undertaken away from our instruments and does not entail any playing whatsoever.

One subtype of mental practice that has been used successfully by various musicians to learn and memorize music quickly is known as mental visualization. This kind of practice takes place before we play a piece on an instrument, or rather instead of learning and memorizing at the instrument. It is described in the book “The Shortest Way to Pianistic Perfection” (contained in the Dover publication, “Piano Technique”) by the great French-born German pianist Walter Gieseking (1895–1956) and his teacher Karl Leimer (1858–1944). While this practice method of learning and memorizing music away from the piano seems daunting to those of us who are used to learning and mastering music by first practicing at our instrument, the proponents of learning through visualization swear by its effectiveness and efficiency.

When I am learning a piece, some initial mental score study as described by celebrated American pedagogue Robert Pace (1924–2010) in his article, “Productive Practicing,” is invaluable. In addition, when committing a work to memory that I have already learned and polished at the piano, visualization of the score to cultivate the visual memory as described by Cora B. Ahrens and G.D. Atkinson in “For All Piano Teachers” is an indispensable memorization practice technique.

Another subtype of mental practice encompasses what is sometimes called mental rehearsal. This type of practice involves spending time imagining ourselves performing to our best on stage as well as sometimes mentally rehearsing for the worst-case scenario. We know that sports superstars like swimmer Michael Phelps have used this technique to achieve exceptional results. Phelps’ coach Bob Bowman was interviewed by Dr. Laurie Santos, a Yale psychology professor, on her podcast, “The Happiness Lab” (episode “Don’t Accentuate the Positive”). Santos shares how Phelps actually improved his practice and swimming technique through mental training and the art of visualization to achieve his unprecedented Olympic record. She goes on to say that research done on the brain indicates that mental practice, in which we imagine ourselves playing etc., can have the same beneficial effects on our learning as when we actively practice at our instrument.

To help achieve this type of benefit from mental practice, Dr. Bill Moore advocates for the use of performance scripts in his book “Playing Your Best When It Counts.” Crafting a written performance script entails describing the ultimate or optimal musical performance of a specific recital, audition or competition program in rich sensory detail. Creating and then reading a completed performance script regularly in preparation for a performance has certainly proven beneficial in my studio.

Sports psychologist Dr. Don Greene has worked with the U.S. Olympic Diving Team and with musicians, such as conductor Michael Tilson Thomas. Greene provides valuable suggestions about how musicians can develop the necessary mental skills in practice to best prepare for high-pressure performances in his various books, including “Performance Success: Performing Your Best Under Pressure,” as well as on the “How To!” podcast (episode “How To Perform Under Pressure”). Greene asserts that “musicians can learn a lot from the world of baseball. Auditioning musicians, like major league baseball players, need to anticipate routine circumstances as well as the unexpected and prepare [in their practice] properly for both.”

Put It All Together

It is important that we make it plain to our students that naïve practice is ineffective, if not detrimental to their progress. Students should also understand that while blocked practice can feel good and satisfying, the research shows that it is not as effective as interleaved practice. In addition, students need to know that varying the procedure or the activity itself utilizing varied practice can be highly beneficial and enhance mental engagement during practice sessions. Moreover, deliberate practice in which we constantly strive to challenge ourselves to achieve expertise using the expert guidance of the teacher might be the goal. Furthermore, mental practice away from our instrument not only helps us learn and memorize music quickly and more effectively, it can help better prepare us to perform with success. Lastly, practicing for a performance mindset versus practicing for skill acquisition are different and therefore necessitate distinct approaches and types of practice.

In writing this article, I wish to thank Dr. Barbara Fast for sharing her expertise on the various types of practice with me.

In my article, “The Teacher’s Role in Developing Good Practice Habits,” I provide ways in which teachers can help their students improve the organization and quality of their practice sessions. In “12 Practice Tips, Suggestions and Strategies,” I present practical guidelines that music educators can employ to help students practice more effectively.