In Part 1 of this two-part article, we looked at the Chord Tracker app. This time around, we’ll focus on its partner in music-making, the Yamaha Sonogenic SHS-500. On its own, the Sonogenic is a 37-key portable instrument with 30 different sounds, but when used in conjunction with Chord Tracker it becomes a powerful tool for jamming along with your favorite music — and the best part is you don’t need any keyboard skills!

You hold the Sonogenic like a guitar (it even comes with a strap) but play it like a keyboard, which is why it’s called a “keytar.”

The Sonogenic is easy and fun to play, but it’s when you’ve established the connection between it and Chord Tracker that the fun really begins. Let’s take a look at how this dynamic duo work together.

The best way to hook up Sonogenic to Chord Tracker is by using a USB cable and an Apple® Lightning™ to USB Camera adapter (not included) to connect the USB To Host terminal on the Sonogenic to the Lightning jack on your iOS® device. This sends both MIDI and audio data through the USB cable. One big advantage to setting up this way is that you can use the Record feature in Chord Tracker to capture your Sonogenic performance into the app.

Here’s an illustration that shows the ways you can use the Sonogenic with other devices, such as smartphones, audio players, laptops, headphones, speakers and MIDI instruments: 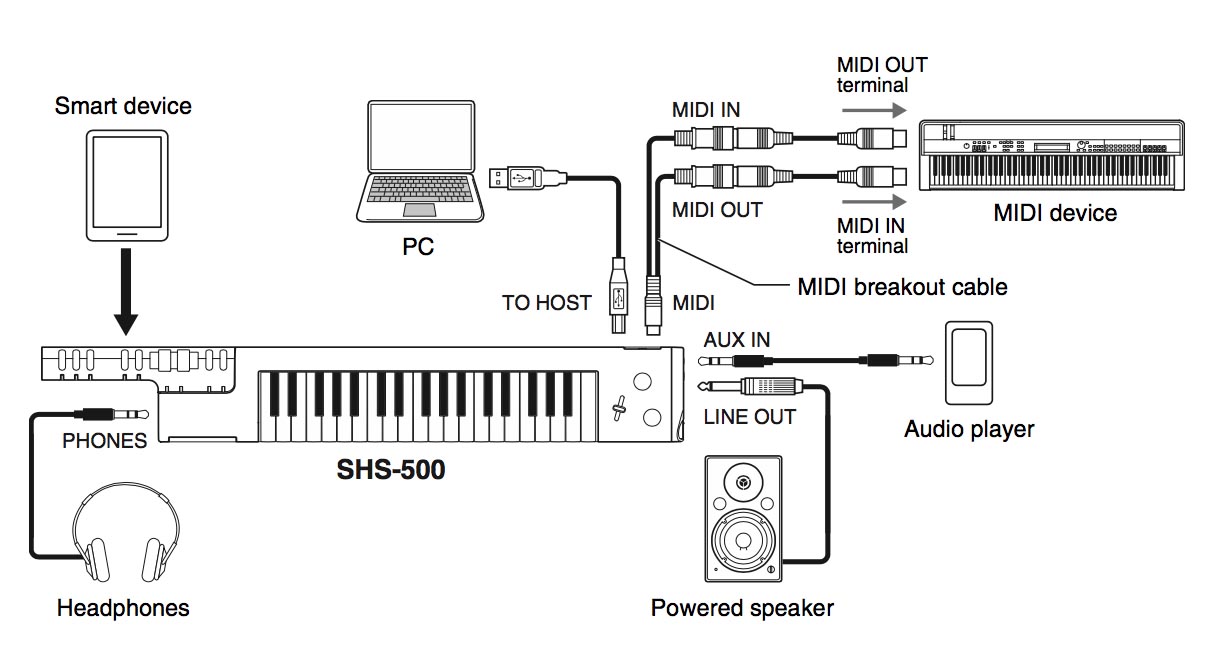 Alternatively, you can use Sonogenic’s Bluetooth MIDI capabilities and a 1/8″ stereo mini-jack cable to plug your device’s headphone output to the aux input of the Sonogenic. This allows you to listen to both the output of the Sonogenic and the songs playing from Chord Tracker over the headphone jack of your iOS device. (On newer iPhones®, you’ll need an Apple Lightning to 3.5mm adapter [not included] in order to connect your headphones.) If you don’t have headphones with you, you can always use the Sonogenic’s speaker and the speaker on your iOS device for your music making.

With Sonogenic and Chord Tracker, it’s easy to play along with your favorite music. Simply cue up a song from your music library in Chord Tracker, and after it analyzes your song and prepares a chord chart — a process that takes just seconds — grab the Sonogenic, turn on the Jam function and start playing. You’ll sound like a pro, even without ever having had a lesson!

That’s because Chord Tracker is sending data to Sonogenic in real time, updating it with the chord changes to the song you’re playing. All you have to do is start tapping the Sonogenic keys: every note you play will match the chords of the song, so you can relax, have fun, and just express yourself musically, knowing it’s always going to sound great. Any of Sonogenic’s built-in instrument Voices (other than the two drum kits) will work when you have Jam turned on, giving you a huge variety of sounds, including guitars, pianos, synthesizers, basses, horns, strings and more.

A Mode for Your Mood

The Jam function offers several different modes. In 1-Finger mode you can use just one finger to press any key on the Sonogenic and you’ll hear full chords, which will always follow the song’s chords, as displayed in the Chord Tracker chart. Just tap in rhythm to the song, and you’ll sound like you’ve been playing for years.

If you want to use more than one finger, try Backing mode. It lets you use two, three, four or more fingers — press them at the same time to play a correct but distinct chord tone. The more fingers you use, the fuller it sounds.

If you want to play single-note accompaniment such as melodic lines and lead solos, try one of the three Melody modes, each offering slightly different scale tones that give your solos and melodies a different flavor. Experiment to find the one that best matches the style of a given song. No matter which Jam mode you select, Sonogenic will always present you with notes that fit with the song’s chords. 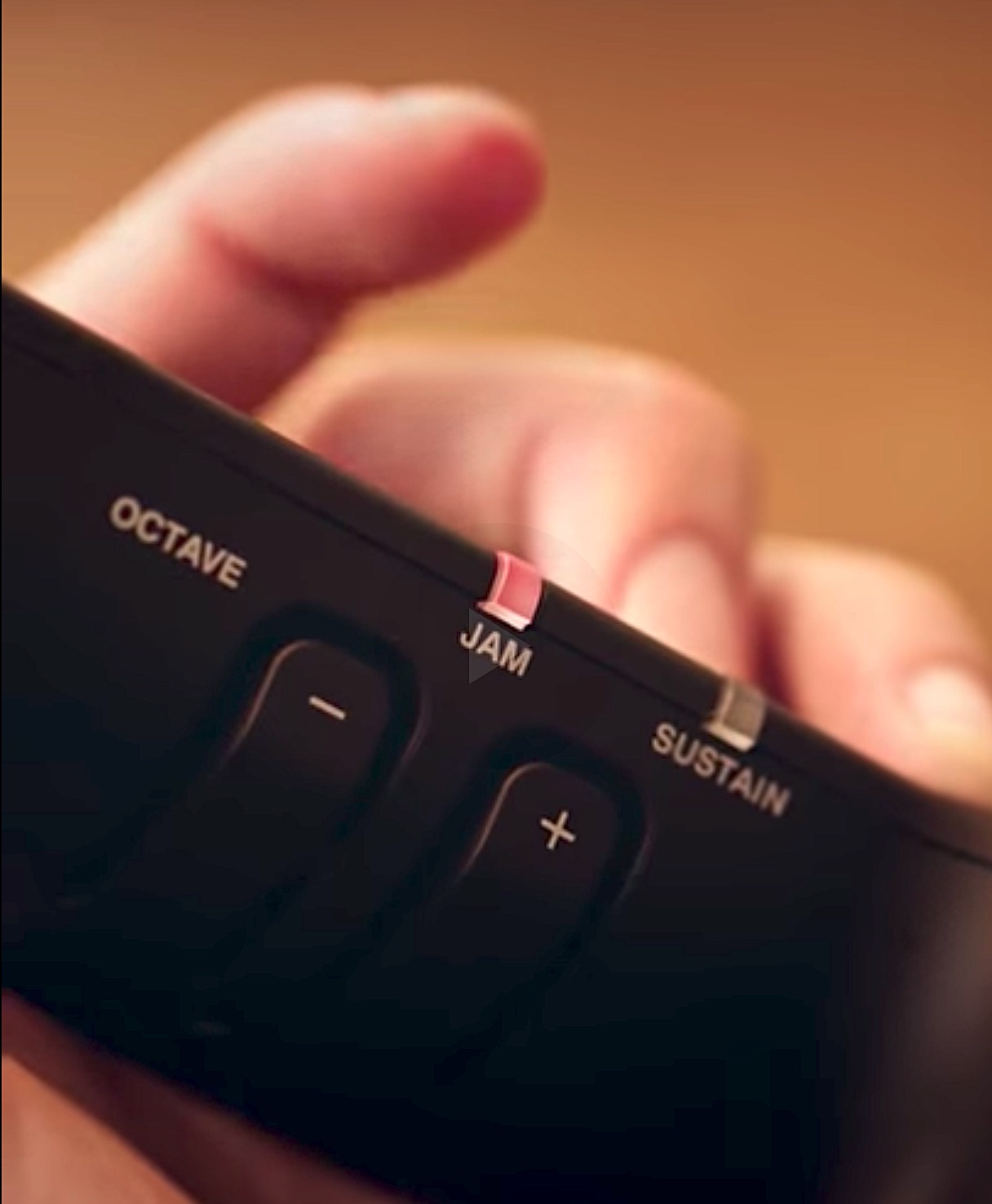 Each press of the Sonogenic’s Jam button turns on a different mode.

Of course, you can always leave Jam mode off altogether, in which case Sonogenic will play like a standard keyboard. It comes with a MIDI break-out cable and can be used like any other MIDI controller to play the virtual instruments in your computer or other MIDI sound sources.

Speaking of control, the Sonogenic offers several ways to make your playing more expressive. For example, you can manipulate the Pitch Bend wheel with your left hand to raise or lower the pitch, or add a vibrato-type effect with the Modulation wheel.

These can be used anytime, whether you’re in or out of Jam mode. You can also change the Octave (register) of the notes you’re playing with the Octave + and – buttons. What’s more, you can get sustain-pedal effects — like on a real piano — by holding down the Sustain button. 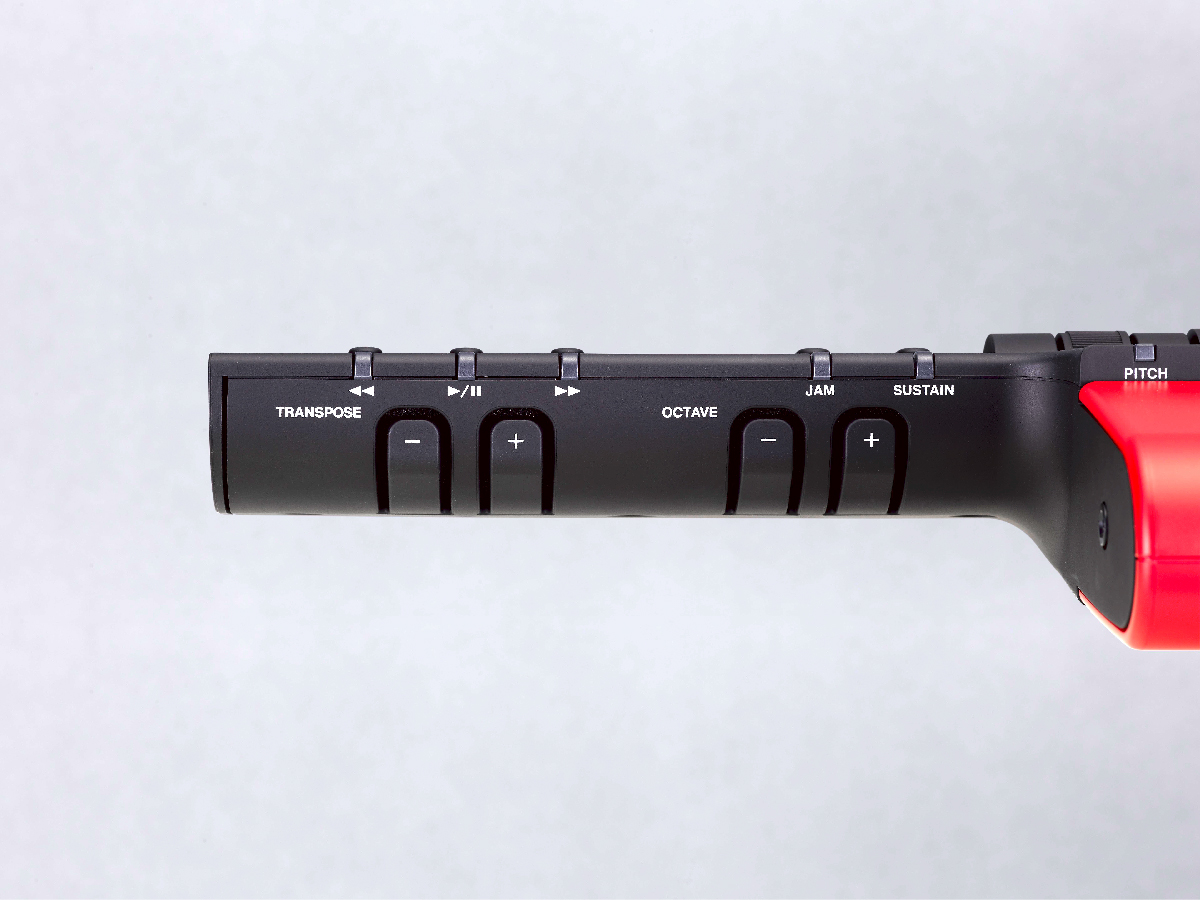 The Transport buttons let you start and stop songs playing in Chord Tracker.

You can even control Chord Tracker’s transport (Play, Pause, Fast Forward, and Fast Reverse) with your left hand, using the buttons on the far left of the Sonogenic. These functions are great when you’re jamming because you don’t have to constantly reach over to your iOS device to start and stop a song or move around within it.

The Effect is Striking

Sonogenic also gives you the ability to customize its sounds by adding onboard digital effects. You can choose reverb, chorus, filter or other kinds of effects with the Effect Select slider on the right side of the keyboard and then dial in the desired amount with the Effect Control knob above it. 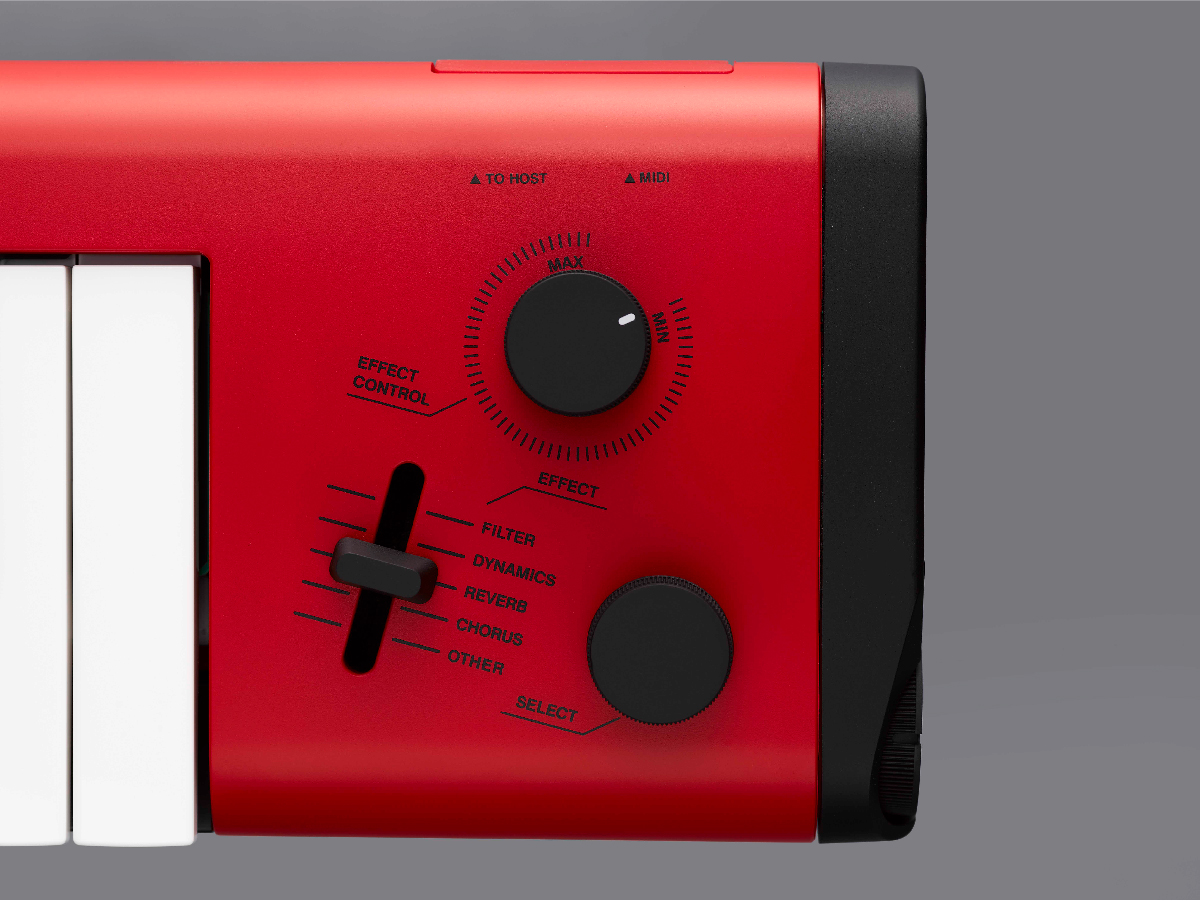 You can even layer a second effect, such as distortion, dynamics, tremolo, rotary speaker and more. Add subtle textures or crank them up and go wild!

On their own, the Yamaha Sonogenic hardware and the Chord Tracker software are really impressive pieces of technology, but when combined together, they offer capabilities you simply can’t find anywhere else. The sum of their parts is a cutting-edge digital instrument system that can be played and enjoyed by anybody, regardless of their skill level.