The lowest note in the universe is being played by a black hole in the Perseus cluster: it’s a B-flat, 57 octaves below middle C, with a frequency of 10 million years. But you don’t have to travel light-years away to get that bass rumbling in your chest. Let’s take a look at some ultra-low frequency instruments you can find right here on earth. 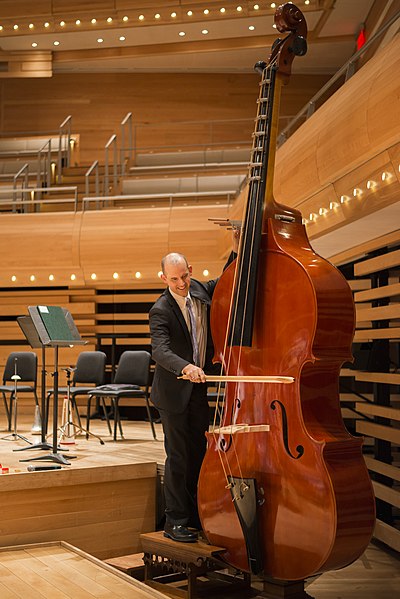 With strings that extend up to 1,000 feet in length over the heads of the audience, the Earth Harp is not so much an instrument as it is a musical installation. Invented by musician / performance artist William Close, it’s been attached to everything from the interior of concert halls to arches, canyon walls, the tops of skyscrapers, even mountain peaks. Played using violin resin on cotton gloves, the performer’s hands are rubbed along the Earth Harp’s strings to create beautiful cello-like tones. Check out the video here. 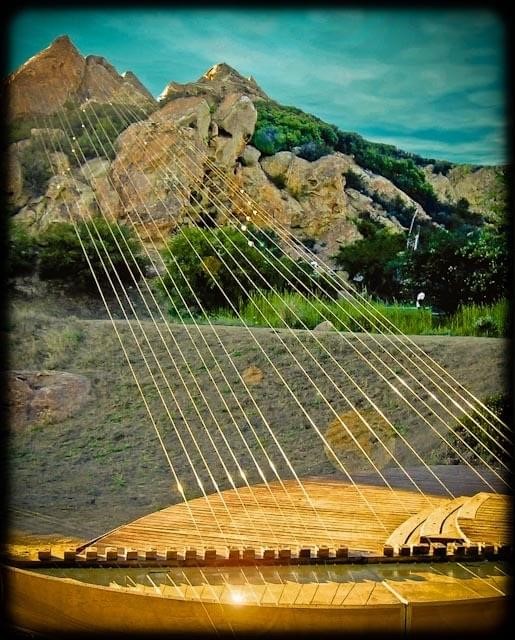 Bass flutes are fairly common, and then there’s the less common contrabass flute — the so-called “gentle giant” of the flute world, which is pitched two octaves lower than a regular concert flute. But flautists in search of even more bottom end might want to try playing a subcontrabass flute (shown in the image below), which plays a fourth below the contrabass flute and has a pipe that’s over 15 feet long. You can hear what the instrument sounds like in this video. 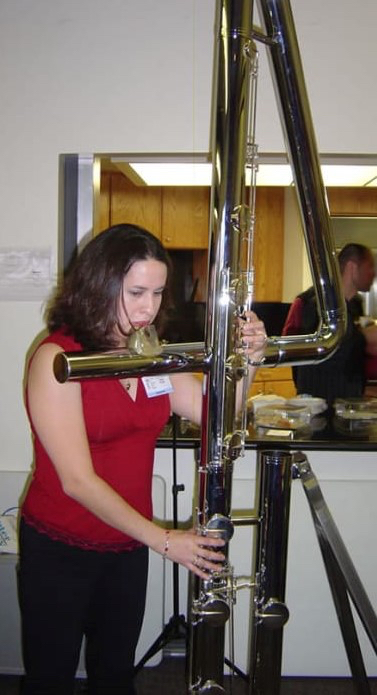 But if you think either of these instruments is as low as it gets when it comes to flutes, think again. The hyperbass flute, which the performer actually sits inside, contains nearly 50 feet of tubing. It’s pitched an octave below the double contrabass flute, with its lowest note an octave below the lowest C on a standard piano — a subsonic note that’s beneath the range of human hearing. Invented by flautist Roberto Fabbrician (shown below), you can hear it in action in this video. 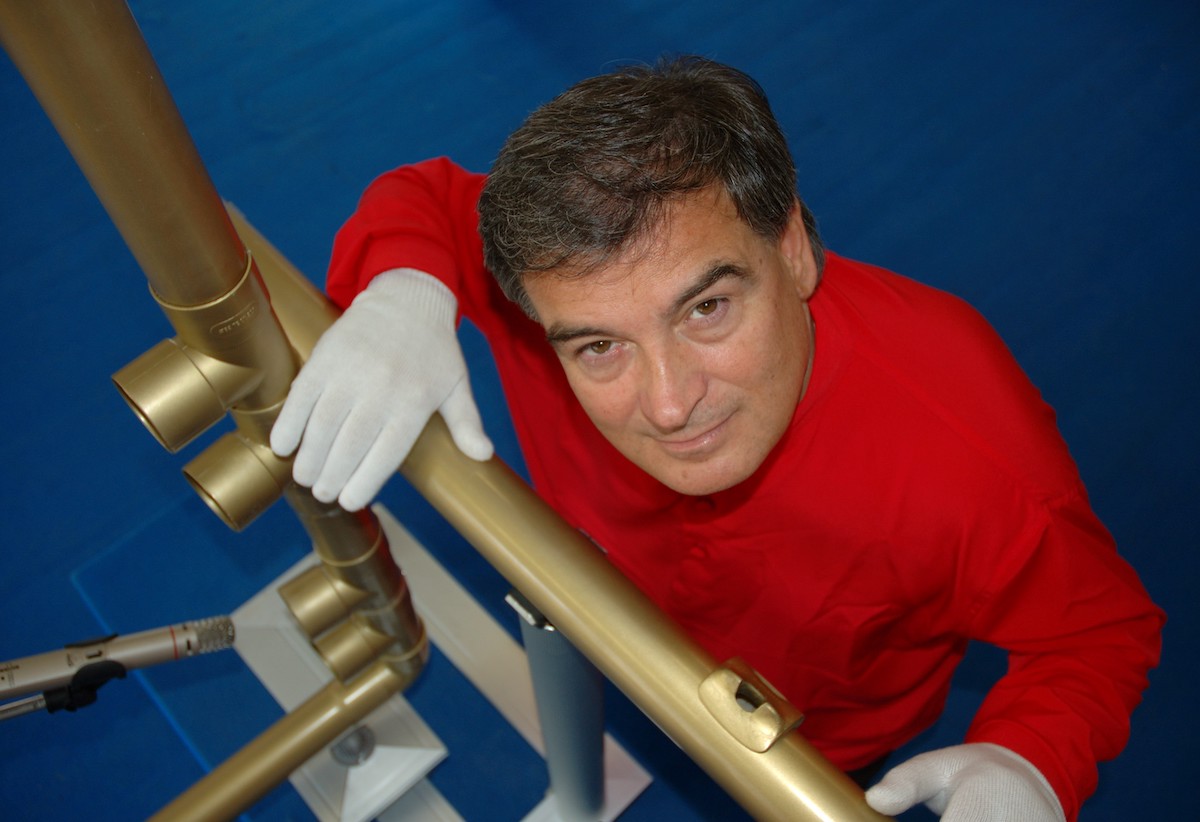 A typical tuba is about 3 1/2 feet high, has about 18 feet of tubing and weighs about 20 pounds. Big Carl stands nearly 8 feet tall, contains 60 feet of tubing, weighs about 100 pounds and his bell, the widest part, has a diameter of just over 40 inches. Tuned a full octave lower than a standard BB♭ contrabass tuba, it takes two people to play Carl properly. Nobody is quite sure when or for whom Big Carl was created, but he’s rumored to have made a cameo appearance at the 1904 World’s Fair in St. Louis — an event that also housed the world’s largest organ at the time. For most of the past century, Carl was on display at a music store in New York City, but in recent years he has been living in the conference room of a music publisher’s office in the Wall Street district. Check out the video here. The biggest drum in the world (as certified by Guinness World Records) was built in 2011 and is on display at a music center in Yeongdong, Chongcheongbuk-do, Korea. It weighs over 7 tons and is nearly 20 feet high, with a diameter of nearly 18 feet and a skin that was stitched together from 40 cowhides. Wonder what it sounds like? Check out the video here. Constructed in the 1950s in Virginia’s Luray Caverns — the biggest cave complex in the eastern United States — this appears at first to be a normal organ, but instead of using pipes, the keyboard is wired to soft rubber mallets poised to gently strike stalactites of varying lengths and thicknesses. Leland Sprinkle, who spent three years designing and building the Great Stalacpipe Organ, was said to have tried over 2,000 stalactites before he obtained the correct sound! When the keyboard is played, the entire subterranean cavern — over 64 acres — becomes a huge, resonating musical instrument. Check out the video here.