Black Violin received encouragement and untold opportunities as they developed their musical skills. Now they want to pay it forward to a new generation of violinists.

While in high school in the 1990s, Kevin Marcus Sylvester programmed his cell phone to play a Busta Rhymes rap song.

The customized ringtone amazed his orchestra-mates, who eventually transcribed the whole piece and played it regularly together in class.

Their director, James Miles at Dillard High School in Fort Lauderdale, Florida, encouraged this free-thinking fun. “He was always open to us trying new things,” Marcus recalls. “Some orchestra directors shun the hip hop, shun the alternative stuff … [but he] allowed us to be ourselves.”

Miles trained his students on classical music but taught far beyond the basics. “He made everyone believe in themselves and had confidence in their abilities,” says Marcus. “And sometimes that’s more important than scales and arpeggios. Most times, actually.”

This encouragement to trust oneself would turn out to be a vital source of inspiration for Sylvester and classmate Wilner Baptiste. Now known as Kev Marcus and Wil B., the duo has gone on to form the group Black Violin, enthralling audiences with a unique musical genre that blends classical sounds and hip hop beats. At the same time, their music challenges stereotypes and brings people of different generations and cultures together in mutual appreciation.

Marcus began his journey with the violin in fifth grade orchestra. His mother enrolled him in music class in hopes that the commitment would keep him away from a troubling group of friends.

At first, Marcus played violin only because his mother wanted him to play. He might not have stayed with music at all if his natural talent hadn’t been fostered and acknowledged by his teachers. “I started getting really good at it, and I liked the attention that I was getting,” he says. “It builds a lot of confidence in you to become good at things, and people recognize you for doing something at a high level.”

Marcus was accepted at Parkway Middle School, an arts magnet in Lauderhill, Florida, and eventually landed at Dillard High School, where he transitioned to viola and met Baptiste. He then received several full-ride scholarship offers for music degrees, accepting one at Florida International University. He was concerned, however, that his options as a professional musician would be limited. “I had just assumed it would have to be under a classical umbrella of some sort,” Marcus says. “I really never heard any other kind of violin music before.”

“It really changed my life,” says Marcus. “He was playing, but he was doing it in a way I had never heard before. I felt like when he played violin, it spoke to me. It had soul … I could hear him. I could feel him.” He shared the tape with Baptiste, and the sound stuck with them throughout their college careers.

The eventual blend of hip hop and strings came naturally. “The idea was just something that always was in us,” Baptiste explains. “We were hip hop before we were classical. And hip hop’s whole thing is being creative and expressing yourself. For us, it was natural to do that on the violin.”

A failed demo contract with a performer made Marcus and Baptiste decide to form their own group. As for a name, Baptiste had an answer ready: Black Violin, as homage to Stuff Smith, the man who had sparked the soul behind violin. Within the group, Marcus plays violin, and Baptiste plays viola.

Looking back, Marcus attributes a lot of his success in music to the immense opportunities he was given in school and the encouragement he received from his professors to continue. “Music education is the reason why I am who I am,” Marcus says. “I can’t understate it at all. Music education has provided a better life for me and my family. I have my career, I have my calling, I do what I love for a living because of it.”

Marcus and Baptiste strive to give similar opportunities and encouragement to students. “We know that we have a responsibility … not just to music education but also trying to instill confidence in kids and trying to get them to think in different ways,” Marcus says.

While on tour, the duo often invites local youth orchestras to perform a song with them. “We try to do that a lot because those kids will never forget that,” says Baptiste. “And dreaming will be a little easier now because of that [experience].”

Making the instrument your own is an important theme that Marcus tries to pass along to young musicians. “Try to find ways to educate kids and make this instrument theirs, so it’s not just Bach’s or Beethoven’s; it’s theirs,” Marcus advises. “When my instrument finally became mine, I would never let it go. And I would always be working to try different things and trying new ways to make it different and to really take it to another level.”

This perseverance and success is embodied in the way Marcus practices and performs — habits stemmed directly from his professors. “My teacher would always say five minutes of focused practice is better than an hour of just playing around,” Marcus says. “We use every instance that we play to practice. It’s all about if you’re going to play something or if you’re going to concentrate on what you’re playing. Right now I feel like my bow isn’t going as straight as I would like and my pinky finger is flaring on my right hand. These are the things that I’m thinking about constantly when I’m playing.”

Even when a performance doesn’t go as well as he hopes, Marcus keeps his head up. “I just practice, just keep trying to be better,” he says. “Those [tough] moments may seem long [at the time], but they’re really quick moments in life, and you move on.”

Marcus and Baptiste are currently in the development phase for opening a Black Violin Music Academy to provide music lessons in their hometown of Fort Lauderdale. The curriculum will feature classical training as well as help students determine their musical passions. The hope is to gather the students into a full orchestra. “We want it to be 40 to 45 minutes of complete fundamental classical … but the last 15 has to be whatever each individual student wants to do,” says Marcus.

The plans include a studio where Black Violin can record and produce their own tracks and videos, allowing students to watch. Students will also be able to reserve rooms for practicing, jamming together or developing their own songs and ideas with teachers and other classmates. “We would use it to do our professional stuff, but students would be able to come in and see behind the scenes,” Marcus explains.

For students, Marcus already has exceptional advice. “Always try to think about things differently. A lot of what our focus is and what our mission is, it’s more thought process than it is musical mastery … to be everything you could ever be, to reach and dream and think big about everything you could possibly do.” 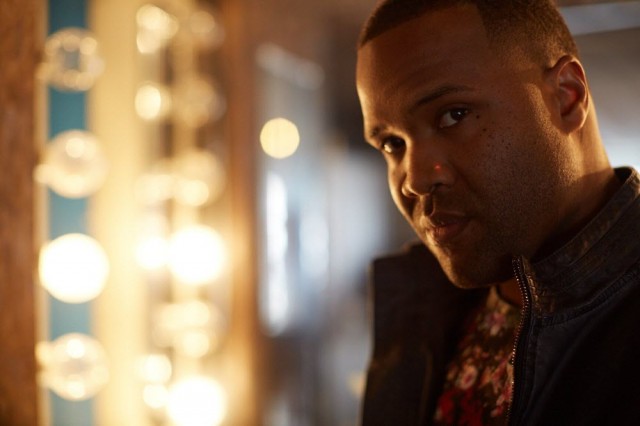 The keys to success for Marcus and Baptiste were persistence and staying true to themselves. When Black Violin started, the idea of hip hop violin was completely foreign. Club promoters and prospective clients would look at the two of them, instruments in hand, and often turn them away without listening.

However, Black Violin strove to break the mold. When shunted from a club, Marcus and Baptiste would camp outside the building instead, playing on the streets. The response was so overwhelmingly positive that club owners would often have no choice but to reconsider. “We were very ambitious,” Marcus says. “We worked very hard. We wouldn’t take no for an answer.”

They soon found themselves onstage performing Amateur Night at New York’s Apollo Theater for the 2004 season, taking home first place. Using this as their launching pad, Marcus and Baptiste soon began recording and touring. Black Violin has since toured with Linkin Park in addition to embarking on its own tour around Europe, Thailand and the United States. The group has also been featured on numerous television shows and is currently working to develop a program for Fox.

Black Violin also received the honor of playing at the inauguration of President Barack Obama. “That was one of the experiences that you can never really top

Black Violin’s most powerful message is to think differently, whether it’s in music or in life. One of the group’s biggest hits, “Stereotypes,” challenges listeners to overcome preconceived ideas.

Whether it’s a kid from Florida becoming a world-renowned violist or the concept of violin making a significant break in the hip hop world, the message of Black Violin has always been the same: Be different, value your education, and use it to express who you are.

“It’s really interesting to step away and change people’s perception of what’s possible,” Marcus says. “The reason why people pay to see us isn’t because we’re the best violinists in the world. The reason people pay to see us is because we’re thinking about it in a way that most people haven’t and won’t. And to me, the people in this world that do amazing things … are not necessarily the smartest; they’re just the ones that approach it from a different angle.”

This article originally appeared in the Fall 2016 issue of Yamaha SupportED. To see more back issues, find out about Yamaha resources for music educators, or sign up to be notified when the next issue is available, click here.