At 15 years old, violin virtuoso Christian Howes found himself envious of his school’s last-chair second violinist. Howes recalls how that classmate was composing and recording his own original songs.

“He couldn’t play his way out of a paper bag, [but] … he was writing his own songs,” Howes recalls. “I remember feeling a pang of jealousy because I thought, ‘He’s creating something of his own.’ … The thing about creativity is [that] it’s the ultimate equalizer.”

Howes had been classically trained throughout his childhood, beginning in the Suzuki program at age 5, and he had spent the past few summers in conservatory programs. But the admiration that Howes felt for his classmate inspired him to step out of his comfort zone and try something new — forming a rock band with his friends. “I started to discover things about music that I hadn’t discovered as a classical violinist,” he says.

Now Howes is a world-renowned performer and educator, and he is recognized for his willingness to step outside of traditional string genres. After serving as an associate professor at Berklee College of Music in Boston for three years, Howes founded Creative Strings Academy in 2011, a not-for-profit focused on encouraging creativity and originality within strings education.

Through Creative Strings Academy, Howes provides a variety of educational services — online lessons, instructional YouTube videos and podcasts, and hands-on experiences such as school visits. He also runs workshops that have been held in Ohio, Texas and North Carolina as well as in Toronto, London and Lausanne, Switzerland. Howes’ online academy has reached at least 50,000 string players; his YouTube videos have exceeded a million views; and approximately 150 adult and youth musicians participate in the Creative Strings Academy workshop and festival in Columbus, Ohio — in its 16th year — each summer. 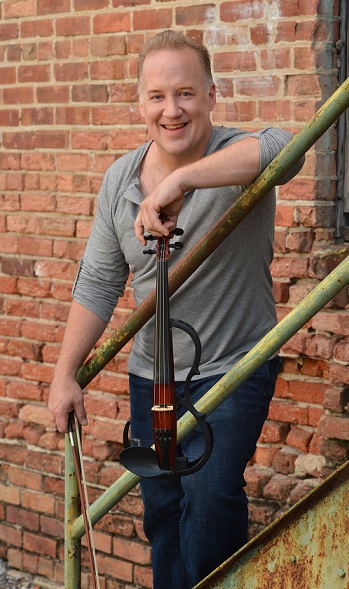 In music just as with any other creative arts, a basic understanding of the art form’s construction is needed in order to be creative, Howes says. “We can’t be creative with information we don’t have already,” he states.

For musicians to bring their own perspectives to a piece, they must first study its inner workings. “This is opening the hood of music,” Howes says. “Imagine a racecar driver who goes fast, but they open up the hood and don’t know what’s there.”

In Creative Strings Academy’s school residency program, Howes encourages students of all ages — from elementary school to high school and college, as well as private studios — to use this “opening-the-hood” approach. How? By taking apart a constructed piece of music, examining its individual parts and understanding how those parts fit into the song as a whole.

“If you think about a classical string player, [he or she is] focused on playing a melodic line as crisply and beautifully as possible, not paying attention to the broader view of all these parts,” he says. “It’s [about] presenting that [information] in a way that can be useful for classical string players. That can relate to the internalization of harmonic information, rhythmic information, the groove, the different parts of each song.”

Once students have knowledge of music theory and an understanding of how different songs are arranged, they can start to formulate their own ideas about music. “If you tried to write a piece in Spanish, that might be difficult if you don’t know Spanish,” Howes says. “We [give students] clear choices that conform to the knowledge they’re already comfortable with. You’re going to be creative within the parameters given to you — which is sort of an irony to creativity. There’s so much freedom; it’s paralyzing.” 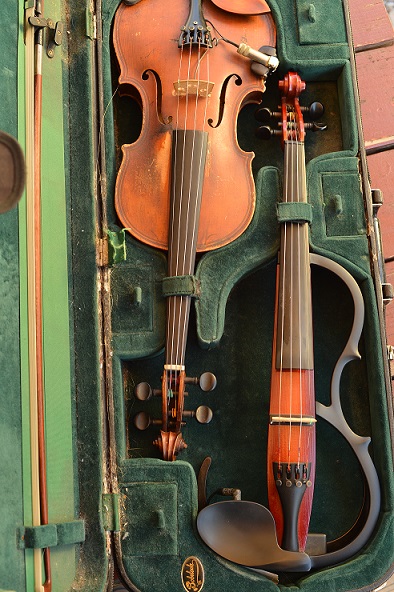 One of Howes’ goals with Creative Strings Academy is to empower students by giving them an outlet to develop their own musical style. He believes that composition, arranging and improvisation should be part of every musician’s education.

“When you teach kids to compose, you show them they are creative,” Howes says. “A lot of classical musicians have this belief [that] ‘I’m not creative; I can’t do that.’ To give kids [the opportunity to say], ‘I made that,’ is really empowering.”

Music educators value Howes’ focus on com­position and improvisation. Students from Blue Valley Unified School District in Overland Park, Kansas, participated in Howes’ workshop during one of his school residencies. “[Improvisation is] part of the ‘whole person’ in learning music,” said Kathleen McCullough, retired Blue Valley orchestra director. “If you teach music, you should be teaching all music, not just one corner of it.”

Having the ability to showcase creativity also removes the hierarchy that often comes with a competitive musical ensemble. “In the world of first [chair], second, third, fourth, last, we want to show [students] that even if [they are] not first chair, they can make just as big a splash by having the courage to create and follow whatever their voice is,” Howes says.

As an innovator in his field, Howes believes in sharing his knowledge with a range of people. Consequently, his extensive online platform covers topics from instructional videos about how to play blues scales on a violin to advice on how to run your musical career like a business. “The willingness to share [my] creativity was a big motivation for me,” Howes says. “As a teacher, I’m trying to model that for other people as well.”

By putting his art out there for millions of people to see, Howes is hoping to debunk the myth that musicians — and artists at large — should be private about their work. “Classical musicians [tend to] hide it in a practice room, like it’s private,” Howes says. “No! Share music in the world. It’s about community. Play music with your family; play on street corners; [play] at church.”

Since his high school rock band days, Howes has embodied the importance of breaking free from the confines of musical genre. “There were guys in the rock band who’d had one or two lessons,” Howes says. “I’d had a thousand, but they seemed to know things about music that I was totally unfamiliar with. Thinking about the chord progression, learning a different rhythmic vocabulary … I started thinking about improvising.”

When he started college at The Ohio State University, he began to play bass in a jazz band and soon joined a blues band as well. He spent much of his early 20s playing gospel music in church services, which led to his appreciation for the influence of many different cultures on music as a whole. “Whether you’re talking about Appalachian music, Latin music, jazz, punk, gospel, blues, a lot of it had to do with the African-American influence on Americana music,” Howes says. “It was playing in gospel church services every Sunday [that] had an impact on me.”

Howes believes that for musicians to develop their own voice, they should first listen to as many genres and musical traditions as they can. “It’s [about] having a more multicultural perspective,” he says. “There are all these beautiful traditions out there, and we should go deeper to understand them.”

In his high school and college days, Howes would experience a musical awakening whenever he saw live performances of different genres. “I was hungry to grow,” he says. “When I’d have that encounter, it would make me realize [that] there’s so much more I want to learn about this aspect of music or this vehicle of expression.”

Howes feels that his experiences playing in a variety of styles and genres has made him the successful musician he is today. “I collected these different toolkits and perspectives,” he says. “Earlier on, [I] was trying to fit into these traditions, from rock ‘n’ roll to Latin or jazz. But as I matured, I realized that the real goal is to find my own sound.”