The History of Disklavier, Part 3

Pianos for the 21st century.

Continuing the story of Disklavier:

The Mark III control unit and interface was nearly identical to that of the Mark IIXG. All standard models included the Silent system and improved playback that could be made quieter for the benefit of consumers who enjoyed listening with the volume turned very low.

In addition, the Mark III PRO offered double the resolution for the pedals, enabling recording on a scale of 0-255.

The Mark III control unit included something new: a CD drive in addition to the traditional floppy drive. The purpose of the CD drive was not to record MIDI data but rather to play back audio recordings, making three new features available:

1) Audio-sync Recording: This made it possible to play along with an audio recording and add a piano part that would be automatically synchronized on subsequent playback.

2) PianoSoft Plus Recordings: The CD drive was capable of playing a new type of format called PianoSoft Plus. These kinds of recordings contained normal instrumental and/or vocal audio on the left channel and MIDI data encrypted as audio on the right channel. During playback, the Disklavier would intelligently send the left-channel audio to both the left and right speakers and decode the right-channel audio for playback by the piano itself. 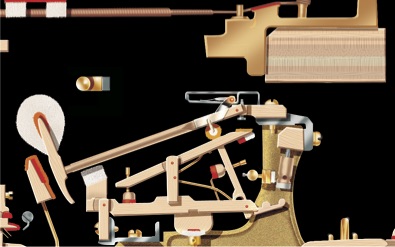 The Mark IV brought a number of technical innovations to both the standard and the PRO models. Especially noteworthy was a design change to the hammer sensors which were altered from a metal shutter to gray scale sensors, enabling continuous monitoring of hammer position. 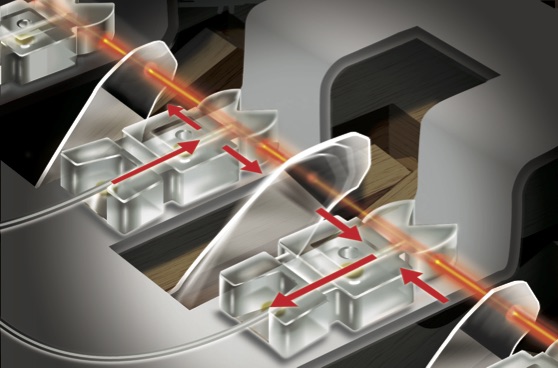 In addition to all of these technical improvements, the Disklavier feature set expanded considerably including: 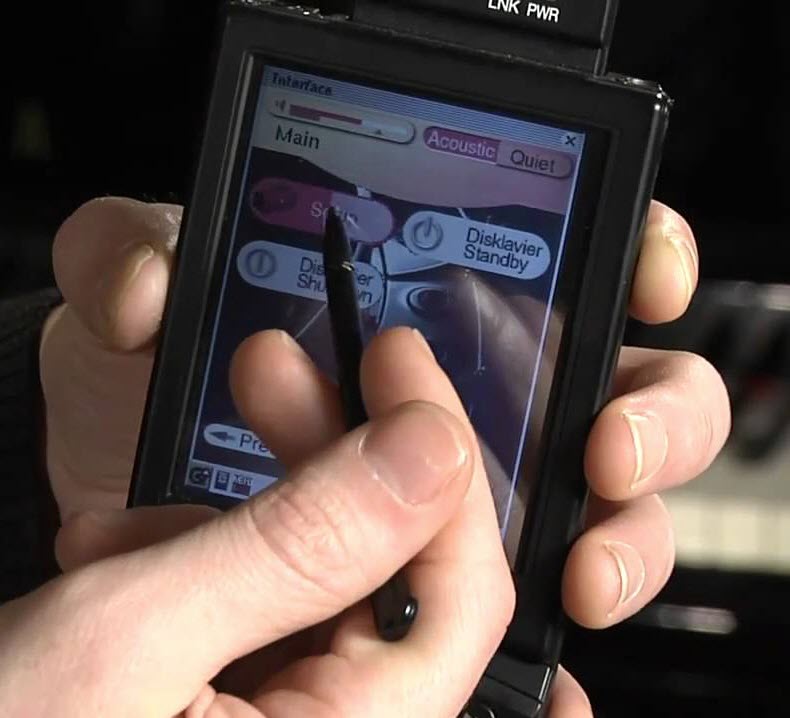 – A wireless controller that connects to the Mark IV over a private wi-fi network.
– An Ethernet port that connects the Disklavier to the Internet so that it can receive streaming performances from DisklavierRadio™. This network capability also provides access to firmware and feature upgrades. (Many years later, this connectivity feature made it possible for the instrument to receive RemoteLive broadcasts from DisklavierTV™.)
– Internal 80GB hard drive.
– USB port for connecting USB storage media such as flash drives.
– USB port for MIDI communications. 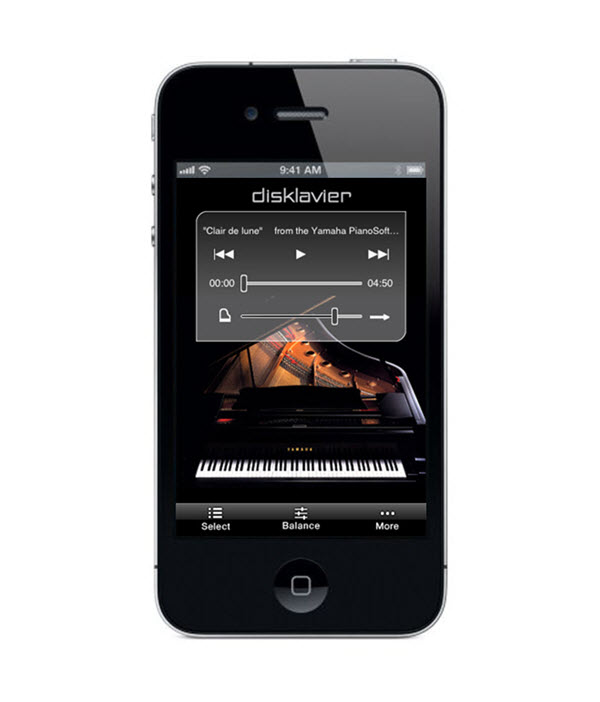 A few years later, Yamaha released a controller app for the Mark IV that runs on the iPhone, iPod touch, and iPad. The app provides access to the most commonly used features of the instrument.

In 2006, Yamaha introduced a peer-to-peer connectivity technology for the Mark IV called RemoteLesson. RemoteLesson makes it possible to connect up to four Mark IV and E3 Disklaviers together so that when you play any one of them, you simultaneously play the remote Disklaviers as well. Although the feature has not been released to the general public, it has been used regularly by music educators and music institutions that are active participants in the Disklavier Education Network. 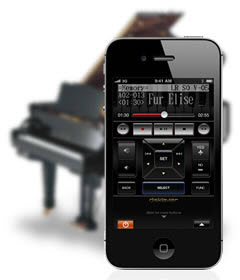 In 2006, Yamaha introduced the first generation E3 Disklavier in a single upright model (U1) and in the C2 and smaller grand pianos. Although the first-generation E3 used state-of-the-art components, it was designed as a lower cost, consumer-level instrument that featured a key sensor-based recording system and an infrared, line-of-sight remote control.

The instrument included all of the primary Disklavier features that had previously become standard, including basic record and playback, video-sync recording, Internet access to firmware and feature updates, DisklavierRadio, and (later) DisklavierTV – to name a few. Yamaha later released a controller app for iPhone, iPod touch and iPad that provides access to nearly all of the instrument’s user features.

IIn 2009, Yamaha began to offer an upgraded control unit for older model Disklaviers. Outwardly, it is identical to the E3 control unit (which is called the DKC-800) and offers the same user features.

The DKC-850 can be used as a replacement control unit for Mark IIXG and Mark III Disklaviers – both PRO versions and non-PRO versions. It does not change the recording and playback capabilities of the sensors and solenoids in these earlier Disklaviers, but it does provide a user experience that is nearly identical to that of the E3, including connectivity for USB storage devices and access to advanced features such as DisklavierRadio and DisklavierTV.

In 2012, Yamaha replaced the Mark IV series with standard and PRO versions of the E3. The standard version (complete with hammer sensors) was made available on the C2 and smaller grand pianos. All larger pianos (from the C3 on up) were outfitted with the PRO system.

About the same time as the introduction of the second generation E3s, Yamaha introduced a new feature for the Mark IV, E3 and DKC-850 called DisklavierTV. DisklavierTV is built on a technology called RemoteLive that enables the live streaming and archiving of video, audio and Disklavier performance data (e.g. MIDI data). By connecting a compatible Disklavier to both the Internet and to a computer, Disklavier owners can watch as well as listen to live and archived performances that are reproduced on their own piano – even performances that include instrumental and vocal audio.

The introduction of the second generation E3 coincided with the debut of a new series of grand pianos called the CX series. CX pianos are based on design principles that were previously featured on the CFX concert grand piano, an instrument that made its way to the concert stage in 2010.

CX series pianos were the result of years of research and development. The instruments feature a thickened back frame for improved support, providing a rich and resonant tone. They include a new, revolutionary piano wire as well as hammers based on those found in the CFX concert grand.

Want to continue learning about the history of Disklavier? Check out the next chapter of this four-part series.

And if you missed it, catch up on the first two chapters now:

And at any time, you can check out what is happening now at our dedicated site for Yamaha Disklavier.