When it comes to a mission this critical, stability is everything. 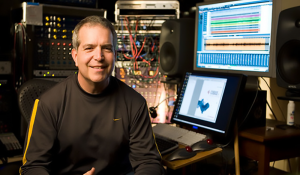 Producer/engineer/composer/arranger David Kahne has a career to envy. The impressive résumé of artists he has worked with is topped off by none other than Sir Paul McCartney, who last September gave an exclusive concert for a lucky audience of fans at Grand Central Station in New York City.

Featuring a set list of Beatles and Wings classics, combined with songs from Sir Paul’s latest studio album Egypt Station, Kahne’s job was to ensure that the vocal mix for the YouTube stream was picture perfect, and with only half an hour between the live performance and the streamcast, do-overs were a luxury he did not have.

Kahne explains why Steinberg Nuendo 8 DAW software was the software he trusted with a mission this critical. “I was in one of two broadcast trucks,” he says. “The first was taking a split from the front-of-house mixer, and that truck sent me about 20 stems: drums, bass, the rest of the instruments, then individual tracks for all the vocals. I was taking feeds into two redundant MacBook Pro laptops, so I could stop one to tweak and sweeten tracks while the other kept recording. I would do that, render the audio, copy it all to a USB stick, then physically run that up to the guys in the video editing suite, again and again, sneaker-net style.”

What aspects of Nuendo helped Kahne rise to this challenge? “The main thing I like about it is that it always works,” he laughs. “With a running half-hour window in which to do everything, it all had to go down without a hitch. I’ve run much larger projects on just a laptop — such as a recent project for National Geographic where I had over 100 tracks — and Nuendo is always extremely stable.”

Another factor of the slim time frame in which Kahne had to work is that any audio processing and sweetening had to be done with the most ready-to-hand tools. “For doubling or tripling vocals, the Automatic Audio Alignment tool in Nuendo is simply amazing,” he says. “You select one track as your timing guide, then you can select a bunch of other tracks and — boink — they all sync up with the timing of the master. We had to do plenty of this in real time, and it’s normally a tedious process that requires busing to and from a third-party plug-in. In Nuendo … you can make it happen in, like, two seconds.”

Nuendo’s time accuracy also proved invaluable. “I’ll mention time code only to say I didn’t really need to think about it,” says Kahne. “Everything came in time-stamped, and when I finished working, I gave the rendered files to the video guys, and all of it synced up with their workflow perfectly.”

His three favorite Nuendo features? “Stability, stability, and stability. It never gives me any glitches, freezes, or dropouts, even with tons of tracks, even on just a laptop. For my composition and more MIDI-centric work I love Cubase, but for anything to do with film or video, or live streaming, it’s Nuendo all the way.”

Check out the YouTube video of the Paul McCartney concert here.