Jazz is a uniquely American idiom that developed in the early 20th century as an outgrowth of blues and other musical genres. One of the most important of these genres was ragtime, an African-American makeover of European waltz and march themes, played on piano and syncopated (“ragged”) so that the beat of the melody played by the right hand fell between the steadily marching pulse of the left hand, instead of on top of it.

Though it enjoyed considerable favor for a couple of decades (as epitomized by Scott Joplin’s “The Entertainer” and “Maple Leaf Rag”), ragtime proved to be more of a fad than a lasting form of musical expression and was soon eclipsed by the massive popularity of jazz. Yet its enduring influence persists to this very day in the choice of jazz band instrumentation, which almost always includes piano in addition to a lead instrument like saxophone and/or trumpet, accompanied by a rhythm section of bass and drums.

The piano is unique among most musical instruments in that it can play both melody and harmony simultaneously, making it capable of serving in either an accompanying or a lead role In that sense, you can think of it as the ideal ensemble member — a major reason why jazz composers and bandleaders have long relied on the instrument.

In jazz, the piano typically provides a syncopated chordal underpinning while the sax, trumpet, or other lead instrument plays the main melody or takes a solo, switching to a central role when the pianist metaphorically steps forward to take his or her own turn in the spotlight.

Most musicologists consider the colorfully named Jelly Roll Morton to be the father of jazz piano. He skillfully blended blues and ragtime, in the process liberating the latter from its musical limitations, as personified in his 1915 “Jelly Roll Blues,” said to be the first published jazz composition. Morton was also one of the prime originators of the “swing” style, where selected notes are played in a laid-back fashion, slightly behind the beat, with the overall accenting shifted to the off-beats, giving more weight to the second and fourth beats instead of the first and third, as had been the custom previously. The 1920s marked the golden age of jazz piano. Prominent practitioners of the era included Thomas “Fats” Waller, James P. Johnson and Willie “The Lion” Smith, all of whom played important roles in the development of the punchy, ragtime-derived style called “stride.” Another key player was Earl Hines, a member of trumpeter Louis Armstrong’s groundbreaking groups of the era. Hines’ unique improvisations incorporated melodic phrasing that echoed the leaps and twists of Armstrong’s lead lines, thus propelling jazz piano to new heights.

In the late 1920s, Edward Kennedy “Duke” Ellington rose to fame through his long residencies at (and radio broadcasts from) the renowned Cotton Club in Harlem. Though thought of primarily as a prolific and influential composer, Ellington was also a gifted pianist, and his sparse stylings as he comped in support of the soloist did much to further the role of piano in modern jazz. 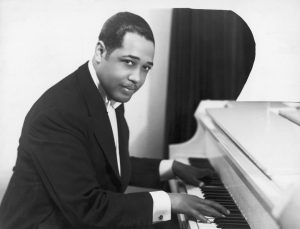 The following two decades would see the rise of the big band, featuring large ensembles that played a more rigid form of jazz, relying more on written compositions and arrangements than improvisation. Although most bandleaders were wind players such as trombonists Glenn Miller and Tommy Dorsey or clarinetists Benny Goodman and Artie Shaw, big band instrumentation always included piano. On occasion, they were even led by the pianist, as was the case with the Duke Ellington and Count Basie Orchestras.

Another standout of the era was Art Tatum, who is regarded by some as the most technically complete jazz pianist of all time. Tatum established new ground through his innovative use of reharmonization, unusual chord voicings, and bitonality (playing in two keys simultaneously) … and it’s said that more than one budding jazz pianist gave up altogether after witnessing Tatum’s staggering virtuousity in live performance. 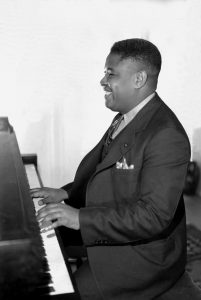 The 1940s and 1950s saw the rise of bebop, a subgenre of jazz characterized by blistering fast tempos, frequent key changes and intricate melodies full of surprising twists and turns. The main force behind bebop was the cerebral (yet self-taught) pianist Thelonious Monk, one of the most inventive musicians of all time. Whereas most jazz pianists tended to play sparse chords in the left hand and eighth or sixteenth notes in the right hand, Monk combined an active right hand with an equally active left hand, fusing stride and angular rhythms that utilized the entire keyboard. And in an era when fast, dense, virtuosic solos were the order of the day, Monk was famous for his use of space and silence. 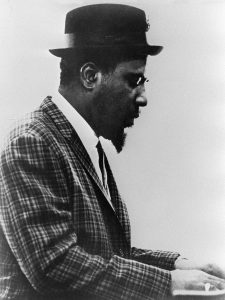 Corea, a Yamaha Artist who won 25 Grammy Awards, was one of the primary architects of jazz fusion, the subgenre that came to predominate the jazz of the 1970s and beyond. As both a soloist and with his group Return To Forever, Corea embraced both traditional piano and modern keyboard instruments such as synthesizers, skillfully blending Latin music elements with rock and funk-oriented sounds, in the process breathing new life into jazz and introducing it to a worldwide audience of millions. Spanish rhythms and the precise percussive sound of Afro-Cuban piano were key ingredients of his playing, along with a strong melodic sense and a crisp, distinctive touch at the keyboard. 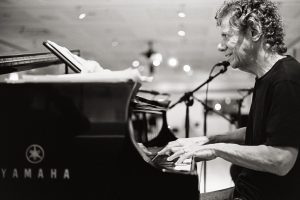 Now more than a century old and counting, jazz piano continues to push the boundaries, maintaining a long tradition of musical innovation and bold exploration.

The History of Musical Genres, Part 2: Blues and Jazz

Genius Is As Genius Does

The Sounds of Silence