“After practicing on my own for months, my father said to me, ‘You really need to be in a band.’”

U2 drummer Larry Mullen Jr. pauses for a moment, reflecting on the momentous day when his dad’s casual remark would serve to bring together four uniquely talented individuals … and launch the career of one of the most-loved bands of all time.

“‘Well, how would I do that?’ I asked him,” Mullen remembers. “‘Put a notice on the [school] notice board,’ [he said]. So I did, the next day. It simply said something like, ‘Musicians wanted to form band. Contact Larry Mullen.’”

Soon after, other students started asking him how his band was going. “I said, ‘Well, I’ve only got one guy, called Edge,’” Mullen recalls with a laugh. “He said he was a guitar player. I knew Adam [Clayton] owned a bass guitar. Nobody said that he could play it, but he still owned a bass and he looked like a rock star. I had a kit of drums made by a toy manufacturer.

“We met [the following] Wednesday at my house,” he remembers. “I’d asked my parents if I could borrow the kitchen. So we moved the table and chairs out. Adam arrived, Edge arrived, and then Bono arrived with a friend on the back of a motorcycle. We piled into the kitchen and the guitars came out. Everything was out of tune, and we just started to play. And at the end of it, we said, ‘You know, we should do this again.’” 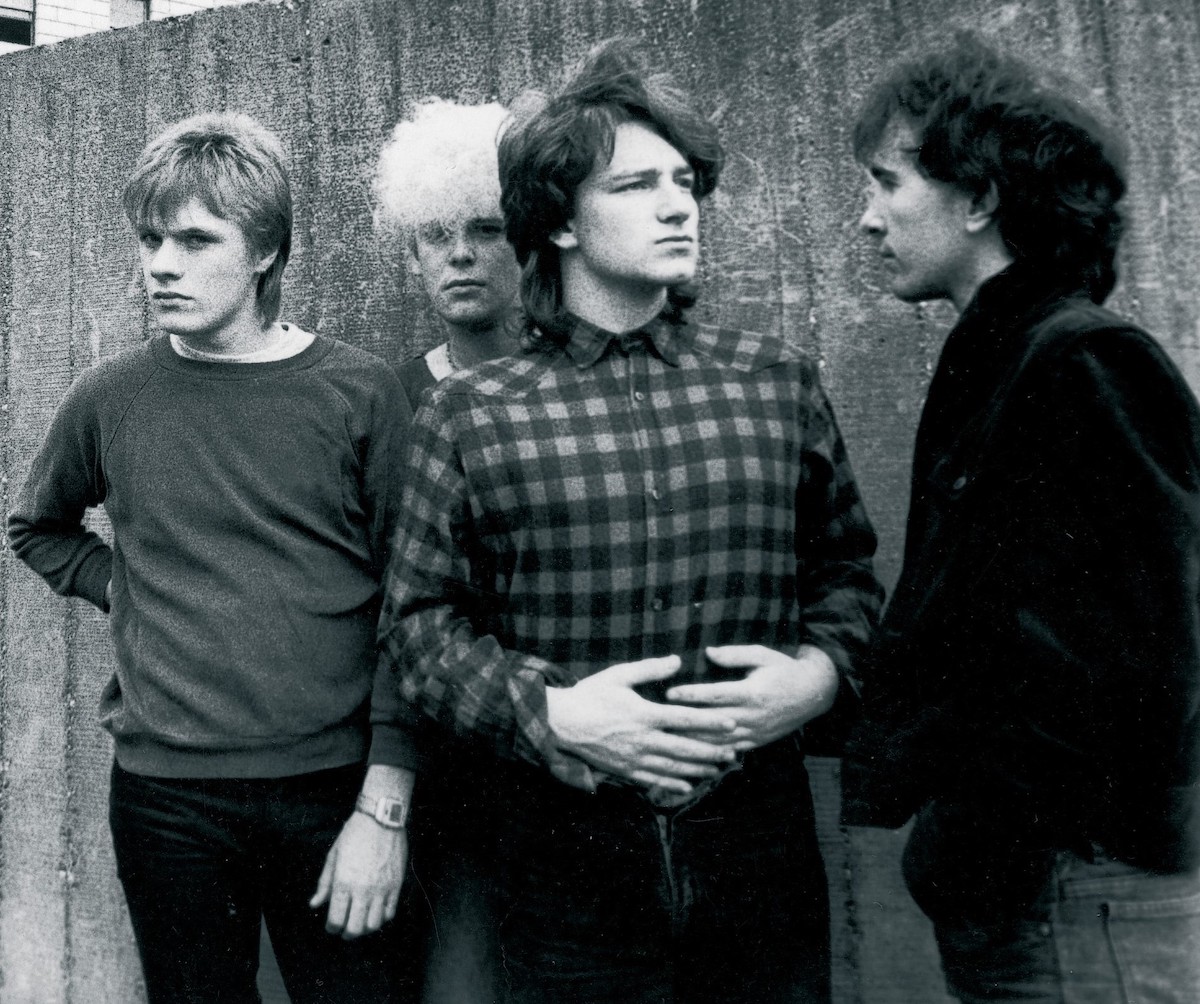 And so a legendary band was born. Yet, according to Mullen, “It was really ordinary and not extraordinary in any way. On that first day in my kitchen, it was clear that we didn’t have much going for us, and that we were all kind of equally talentless. My sister [later] said, ‘I have never heard such a racket in my life!’ But what was extraordinary was the timing, because punk had just exploded. We knew that we weren’t going to be able to go out and be a covers band because we just weren’t good at it. So we worked on being our own band and learning from each other’s mistakes and ended up being influenced by each other’s [shortcomings]. For a lot of [musicians] it’s about figuring out how to stand on their own and be proficient. In our case it was, maybe skill will kill us. So let’s not get too skilled.”

An unconventional formula, to be sure, but one that unquestionably worked. And it all started as the result of a casual remark by a loving father to a determined son.

Editor’s Corner: Genius Is As Genius Does
How To Set Up a Student Percussion Kit