“Roadblocks are very common and very normal,” says Yamaha Artist Butch Walker. “We’ve all been there as guitar players, and songwriters especially, where it’s not easy to force any sort of inspiration. Sometimes it does take stepping away. I can go for months and months without touching an instrument, or writing anything, because it’s just not in you.”

When the clouds clear and the inspiration returns, Walker does all he can to harness the renewed creative energy. “I constantly have an acoustic guitar around so I can pick it up and start noodling on it,” he explains. “Usually I don’t go to any specific riff — I just start playing. The same goes for an electric. If I grab an electric guitar and get a really cool sound through an amp, a lot of times that will absolutely inspire me to come up with something really fun, and it can potentially be very good too.”

After first starting out as a guitarist, Walker rose to prominence with a breakout hit in the late ’90s with a song called “Freak of the Week” with his band Marvelous 3. Since then, Walker went on to establish himself as a successful solo artist with a rabid touring fan base and has now become a highly sought-after producer, engineer, and songwriter for top artists in a wide array of genres — indeed, Rolling Stone has called him “one of America’s best singer-songwriters.” With a career that has been marked by evolution, Walker has always sought to better himself at his craft, while staying open to the ebbs and flows of change. 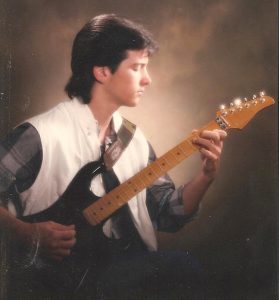 Walker attributes his first affinity for guitar to a time when, as an 8-year old, he asked his parents to take him to a KISS concert. The over-the-top performance and spectacle had a pronounced effect on the young Butch, who quickly decided to devote his life to playing rock and roll guitar. “The circus paled in comparison after that,” he jokes. “Guitar was my first love.”

After receiving guitar instruction from local teachers Chris Fowler and Jerry King, Butch began gigging locally in his native Cartersville, Georgia before eventually making his way to Los Angeles, where he would achieve his first major success. 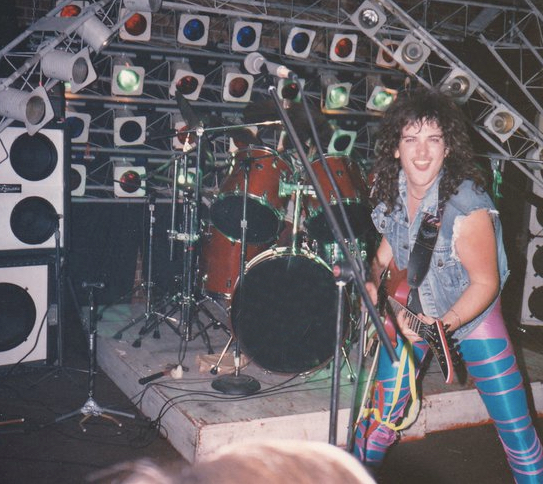 Butch in his early shredding days.

Becoming a Big Fish in a Big Pond

Soon after moving into the infamous Whitley Heights area of Hollywood, near the Guitar Institute of Technology (GIT) where he had enrolled, Butch discovered that he faced a lot of competition. “There was a kid on every street corner who could play guitar better with their nose than I could with my hands,” he remembers with a laugh. It was a time when musicians were coming from all over the world to LA.

He recalls one particular apartment building that was full of guitar players from GIT. With two floors of ten units surrounding a rectangular swimming pool, and amplifiers bellowing out into the night, “it sounded like a Guitar Center all the time” he says. “I would sit down with these guys and learn a few tricks and scales and chord structures that I still use to this day. That’s when I really stepped up my game as a guitarist, but I also started realizing that I needed to learn to write songs. I wanted my band to get noticed for having good songs.”

Within 10 months of hitting the LA scene — after a lot of hard work building up a sizeable grassroots following — Walker’s band was signed to a major label. “It catapulted us to a different world immediately, and we ended up working with Desmond Child, who co-wrote a lot of the big hits with Jon Bon Jovi and Richie Sambora,” Butch remembers. “That put me in songwriter boot camp real quick.” Over the coming years, Walker would continue to hone his playing, songwriting and producing skills, ultimately finding lasting success on all fronts.

Even all these years later, Walker’s love of guitar has not diminished one bit. In particular, he enjoys pushing the boundaries of the instrument. “I like to keep a lot of guitars laying around, for what each one gives me sonically,” he says. “I keep some of them in different tunings and I like having capos around too, because I can get totally inspired by capoing way up high on the sixth fret. It forces you to think outside the box and also changes the timbre of the guitar in a pleasing way to me. I like tuning it down to an open tuning, too, where it sounds like a different instrument entirely. As a producer and engineer, I pay attention to things like that, where the guitar completely changes its voice.”

These days, Butch does his practicing in a studio that reflects the minimalist essentials of his humble origins. “I first started recording on a four-track in my parents’ antique shop, which was in this wooden shack behind the house. It was all trial and error, but I was always good at learning in isolation. Now everything has come full circle: I’m back in the garage, so to speak, by having a studio that is a modified garage, and I do my best work that way. I tell people all the time, ‘You don’t need a two thousand dollar a day studio to inspire you, or to make a great-sounding record.’ In this day and age, we’re very lucky to have inexpensive tools that allow you to make a great record at home— a record that can be played anywhere and holds up to the ones made in a big, fancy recording studio. That’s exciting to me because I came up DIY, and so I like the fact that it can still be done that way.

“But,” he’s careful to add, “the thing you can’t leave out is putting in the ten thousand hours to learn the work.” 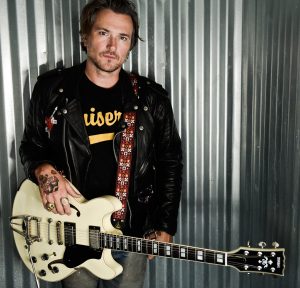 Meet the French Horn
Five Saxophone Facts You May Not Know