The Many Faces of Trumpeter Allen Vizzutti

Classical, jazz, soundtracks and more — Allen Vizzutti’s career has crossed genres and his clinic teachings appeal to all generations.

As a teenager in Missoula, Montana, Allen Vizzutti received the rare opportunity to befriend one of his idols.

Doc Severinsen, trumpet player and bandleader for NBC’s “The Tonight Show Starring Johnny Carson,” gave a guest performance at Vizzutti’s high school. With the encouragement of his band director, Vizzutti played a solo for Severinsen, who eventually became one of his most important mentors.

Since then, Vizzutti’s career has grown in depth and breadth. He has appeared throughout the world as a soloist and guest performer with symphonies, military groups and renowned artists ranging from Chick Corea to Chuck Mangione to Woody Herman. Vizzutti has played for Hollywood movie soundtracks and conducted clinics throughout the United States, Europe and Asia. He has recorded both classical and jazz standards as well as his own tunes. He also composes pieces for other musicians to perform.

Vizzutti sees music as a language that transcends age. “Musicians young and old have the power to make somebody feel good by playing something beautiful,” he says. “That’s a powerful tool.”

Music in the Family

Like many musicians, when Vizzutti picked up the trumpet at age 7, he started taking private lessons. He had the added benefit of living with his teacher — his father, who also owned the local music store.

His father’s guidance included regular tips to improve technique, which evolved into lifelong performance habits. “Dad instructed me to practice without using the right-hand finger hook,” Vizzutti says. “To this day, my awareness of mouthpiece-on-embouchure pressure is acute and has helped me immensely.”

Through weekly lessons and quick tips from his father, Vizzutti also experienced an overall joy that comes from music. “We had a lot of fun playing duets,” he says.

During his clinics, master classes and residencies, Vizzutti now stresses an early appreciation for all types of music, especially classical and jazz. He recommends that parents and educators encourage students to seek out different genres of music. “They will not be taking anything away from their favorite pop and rock music by listening to classical and jazz, and they will become more sophisticated musicians as a result,” Vizzutti says.

Vizzutti and his wife, Laura, a professional pianist, applied these same concepts when instructing their own three children. With consistent musical guidance at home, all of them continued with music into adulthood. Their daughter, Gabriella, teaches percussion at the St. George’s British International School in Rome and plays violin in community orchestras.

Though the Vizzuttis occasionally perform together, they have also maintained separate solo careers. 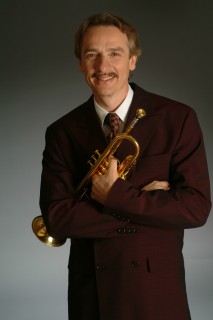 Vizzutti discovered the importance of surrounding himself with topnotch musicians during high school when his parents sent him to the summer program at Michigan’s Interlochen Center for the Arts. Around this time was also when Vizzutti met Severinsen. “His power and endurance were a revelation to me,” Vizzutti says. “He did suggest I play more aggressively, bang the valves down hard and practice Herbert L. Clarke’s ‘Technical Studies’ every day, which I have done.”

Meeting Severinsen showed Vizzutti the importance of guest musicians in schools. “Anecdotes about the pro music business are of interest to most students,” Vizzutti says. “Guest artists are a powerful source for excitement and inspiration.”

Additionally, while Vizzutti was still in high school, his band director helped him find performance opportunities beyond school and community ensembles. Before leaving for college, Vizzutti joined his director on a performance trip to the United Kingdom.

While at the Eastman School of Music in Rochester, New York, Vizzutti earned a gig performing with the Greater Bridgeport (Connecticut) Symphony after a professor’s recommendation.

Vizzutti values all of this early exposure and recommends that educators help their students find similar types of experiences.

Vizzutti advises directors to “schedule as many concerts as [they] can manage” within their own schools. “Students enjoy playing concerts,” Vizzutti says, so these performances can keep them continually engaged.

Because Vizzutti built a strong network as a student, he immediately found work upon moving to Los Angeles after college. Vizzutti worked on television and movie scores, including recordings for “Starsky & Hutch,” “Star Trek: The Motion Picture” and “Back to the Future.” These jobs came mostly from word-of-mouth recommendations. “Your network has to work well enough that, out of the blue, you’ll get the first call,” he says.

To secure high-profile jobs like these, musicians must first earn a reputation for being reliable and easy to work with, then always be at the top of their game when performing. Band directors can help their students develop a strong work ethic and good attitude. “The important aspect is how well do you get along with everybody?” Vizzutti says. “Is it fun to have you?”

When performing for a movie soundtrack, a musician should expect the unexpected and always be ready to sight-read. According to Vizzutti, educators should emphasize sight-reading as often as possible with their students. “I’m a fan of programs that move through more music in terms of sight-reading,” he says.

Now living near Seattle, where a lot of video games are produced, Vizzutti often records for the video game industry.

Along the way in his performance and clinic work, Vizzutti noticed that a lot of trumpet method books were lacking more difficult keys and more contemporary music, so he decided to develop two new methods of his own.

“The Allen Vizzutti Trumpet Method” (books 1, 2 and 3) has many duets and etudes while his “New Concepts for Trumpet” focuses on breaking down specific techniques like double tonguing. Vizzutti describes “New Concepts” as a book that would help young players since its difficulty ramps up gradually and “Trumpet Method” as great books for players who want a challenge.

Overall, Vizzutti recommends that band directors work with brass students on focusing their airflow. “Most kids don’t use steady, smooth airflow, and that is what needs to happen,” he says. “Blow with lips close together, not pursed or tight; don’t buzz. High notes are a result of fast air moving through a small aperture, not blowing hard. Have students practice some things very softly to learn aperture control by feel.” 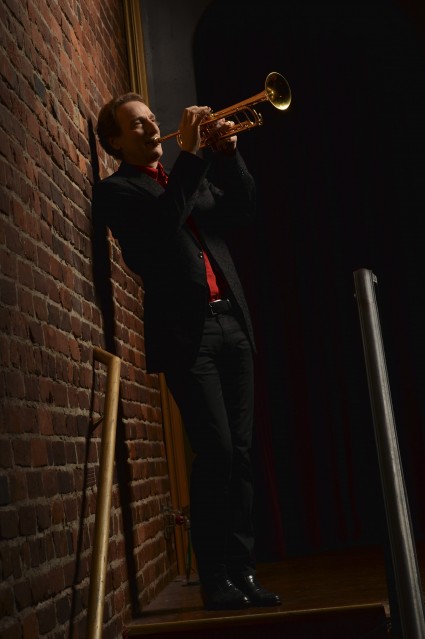 Vizzutti’s philosophy to always perform at your best has helped him not just as a performer but also as a clinician. Regardless of location, age group or even audience size, Vizzutti makes sure to always give a top performance. “I play the same way for five people or 5,000 people,” he says. “Sometimes I walk into a gymnasium, and the whole school’s there, or it might be five trumpet players in a room.”

He advises educators to add some pizzazz to their lessons to keep students engaged. “I empathize with the fun factor,” he says. “When I was younger, a more military style was normal. Now, programs are very loose and fun but productive.”

To achieve a fun-yet-productive environment, Vizzutti suggests that educators balance classical and popular music as well as vary the amount of time spent on each piece. “I mix moving through literature quickly and working on important pieces over longer periods,” Vizzutti says.

To keep music education going strong, Vizzutti suggests that school programs get exposure in as many ways as possible both inside and outside of their own buildings. “I want to encourage music educators to keep up the fight in terms of how difficult it might be to find funding,” he says. “Play in the cafeteria for 10 minutes at lunch, do public mall playing, go to the park. Get in front of the public and make sure they know what’s going on in your program. That support can remind administrators these programs are vital.”

Whether he’s conducting a master class or swapping tips with a music teacher, Vizzutti focuses on ensuring that students understand music’s lifelong benefits. “My philosophy is to remind them to keep music in their lives as long as possible,” he says.